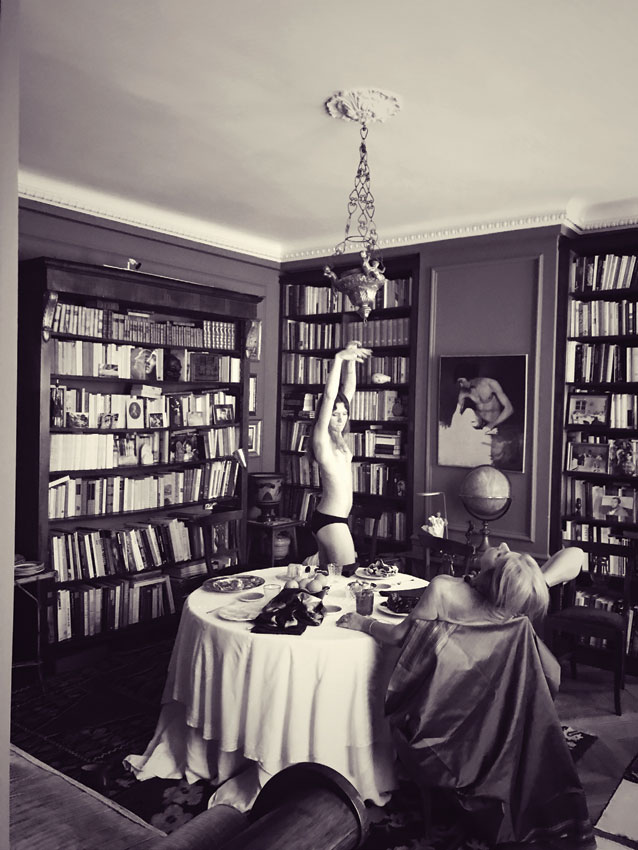 Later, when he studied the photograph intently, he noticed the man in the painting, between the two women. Narcissus? In formalism, the triune was venerated. Meanwhile, on autumn streets—Rue de Bellechasse—yellow coats lay siege. The establishment must fall!

Trapped in the old apartment in the 7th they cooked lunch–langoustine, pasta, white wine. Restless from imposed captivity, they turned to music—bossa nova acid. “We are not the establishment,” they wanted to scream. But even such denial was a kind of privilege. A crashing disturbed them—a rock hurled into the glass front of a boutique. Sirens from fire engines gave the city a taut, critical air. Clusters of cops, like baffled skittles, stood the corner of Rue du Bac.

“It’s hot,” he said, which was like an invitation. Clothes were shed; the music

a sheath. Only the truly banal are respectable. They were suddenly back where they first met, on Ashwem, hardly-dressed-hippies, drinking on the cheap at Shree Ganesh Beer Bar. They had smiled at each other in lowering dusk. Life was that awkward long phase between birth and death—they conceded to this.

“Open another bottle”
“I wish we had chamber pots!”
“Damn! I left the vape at Julien’s”
“She caught her husband in bed with her brother—he was hardly eighteen”

The world was always in a state of burning down. One had to dance anyway.