The length of the Indian penis and other sexual matters 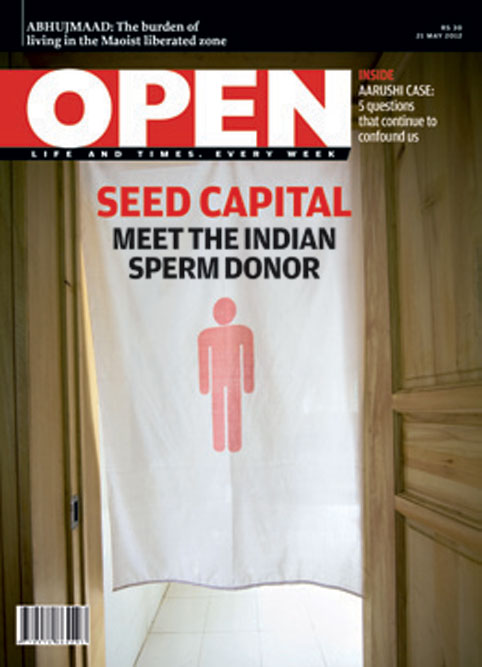 Several years ago, after a night-long bus ride, I found myself on the outskirts of Aurangabad, where a smiling man in a doctor’s white robe stood outside an unremarkable building. He was Dr Pramod Bajaj, and the building, India’s largest sperm bank.

Sperm banks are a highly unstable business. Investments for facilities and tools to freeze semen samples are high. But the biggest challenge is finding a regular supply chain of donors. Many sperm banks shut down just a few years into business. Bajaj’s venture, Sperm Processor, however, had been in operation since the late-1990s.

Sperm Processor operated mostly out of the ground floor, broken into a series of rooms, from a lab where several litres of semen were frozen and stored and another few where tools for semen analysis were manufactured, to a few cabins and offices for Bajaj and his staff. A matronly woman, selected for this job because she is exceptionally delicate, Bajaj told me, stood behind a fat register with a phone in one hand reminding young college students to not miss their appointments. She would be at the same counter later in the day handing little plastic cups to young men, her eyes cast down, never once looking up to meet theirs.

He dismissed my question with the wave of a hand as though I were a novice at a sport. Male desire could not be trusted, he seemed to suggest. Many years before, when Bajaj had worked as an employee at another sperm bank, its collection room used to store pornography. “I went to that room later (a month or two later). There were only covers,” he said. Everything else had been torn and stolen.

So how had Sperm Processor succeeded when many else had failed?

It was because of location. The sperm bank resides close to many science and engineering college hostels. And although students would eventually graduate, they would always leave behind word to trusted juniors. From this catchment area of hostels for engineering students, with a rate then of nearly Rs 200 for a single sample, Bajaj could expect to find years of regular supply. Plus discretion. “It is a dirty job for them (donors). So you have to try and make the whole thing as discreet as possible,” he said.

For the next few weeks, I spent a lot of time cajoling sperm donors to speak to me. Most were hesitant to give their names. A few spoke over the phone but some were so embarrassed they were only willing to communicate over emails. I tracked down one man, Gajanad Bhosale, whose career had progressed from being a sperm donor to a procurer. He now earned a commission for every new donor he brought to the bank. He spoke unsentimentally with vacant eyes, as though he had successfully distanced himself from his days as a donor and was now recounting the experiences of some other man.


Many years before, when Pramod Bajaj had worked as an employee at a sperm bank, its collection room used to store pornography. “I went to that room later . There were only covers,” he said. Everything else had been torn and stolen

Most of these donors loathed themselves for doing what they did. They came from conservative and semi-urban areas, lived in cramped hostel rooms, and had little time for themselves away from books. They had not told what they did to anyone. Some friends and roommates who were also donors knew. Some came to the bank early in the morning, so fewer people would see them. None of them saw themselves remaining a sperm donor for more than a year. And although not a single one of them had a girlfriend, they were already anxious of what would happen if their future wives or girlfriends learnt about this aspect of their life. Bhosale told me he spent many years working up the courage to tell his wife what he had once done, even though during this period he had two children with her.

So what exactly was so unappealing about this job? They liked the easy money and came back for it again and again, but couldn’t quite put their finger on what so repulsed them. Their concern did not lay over the progeny they might have spawned or even the awkwardness over doing their business into little plastic cups. The distaste came from something, I realised, more cultural and primeval. Anything sexual, even something as clinical and sterile as donating one’s semen to a sperm bank, was dirty.

Mahinder Watsa regularly speaks of the sexual confusion in the youth who are more aware and watch more pornography but still fumble at the nuts and bolts of sex, like earlier generations

Last year, a Pune-based NGO, Prayas, released their two-year-long study called ‘Youth in Transition’. Unlike most studies on sex in India that tend to be either sensational or oriented towards specific problems like unsafe sex, this study attempted to look at sexuality as a whole among unmarried youths in urban areas like Pune. Surveying 1,240 unmarried young people (655 boys and 585 girls), from childhood to adulthood (10-29 years), it provided a rare snapshot of the private sexual lives of young Indian men and women. It found several instances of emotional abuse, depression caused by relationships, and how childhood experiences of sexual abuse and parents’ divorce go on to impact sexual behaviour later. There was also evidence of several youths who became sexually active as minors and many of whom continued to not use contraceptives knowing fully well the dangers thereof.

Many people still fumble at the same old familiar spots when it comes to sex. The 90-something Mahinder Watsa, India’s foremost sex counsellor— whose sex Q&A column ‘Ask The Sexpert’ in the tabloid Mumbai Mirror, it is said, results in readers starting their morning not from the front or back page, but from the middle where his column is placed— regularly speaks of the sexual confusion in the youth who are more aware and watch more pornography but still fumble at the nuts and bolts of sex, like earlier generations. The culprit, he once told me, is the same boring villain—a lack of sex education.

Watsa began his career as an obstetrician and gynaecologist who used to, on the side, answer health-related queries for women’s publications in the 1970s and ’80s. He began to realise the depth of the sexual confusion then because most of the queries were related to sexual health. However, sex was still a no-go area for publications then, and words like ‘condom’ and ‘vagina’ were barred. And all Watsa was allowed was to handle banal queries regarding general health. He eventually quit his practice to focus full-time on sexual health.

The average Indian penis length, according to Lynn, was 10.24 cm, or roughly 4 inches. The Congolese, at an average of nearly 7.1 inches, ranked the highest while the North and South Koreans at 3.8 inches ranked the lowest

A few years ago, some Indian researchers tried to grapple with this thorny issue in a roundabout way. Worried that the mandated minimum length of condoms (unrolled) in India, 6.7 inches, could be wildly optimistic, and the fear that a discrepancy between the sizes of condoms and penises could result in condom slippages, the ICMR (Indian Council of Medical Research) commissioned a study to find out what the average penis size in India really is.

Several urologists and gynaecologists from several centres—Patna, Guwahati, Cuttack, Chandigarh, Delhi, Mumbai and Hubli—were drafted in, each required to send at least 200 samples. At first, a biomedical engineer from IIT Kharagpur was brought in to develop a system where, with a digital camera, a man could take a picture of his erect penis in privacy, and a special algorithm developed for this system would process the data captured by the camera to correctly measure the length of the penis. But the process was found to be too expensive. The doctors were instead given measuring tapes.

There was, as can be expected, much hilarity. Men (most often, relatives of patients whose doctors had been assigned the task) were coaxed, cajoled and counselled into taking these tests. Sometimes, a free check- up was thrown in. And very often, when someone did volunteer, even the most robust penises would come undone at the slight touch of the cold tape.

The results were filed. But for some strange reason, ICMR never published the data or issued guidelines to condom manufacturers. (A well-known but controversial British scientist, Richard Lynn, used the findings of this study, along with several more from other countries, to compare penis sizes across 113 countries in a much-criticised paper in the journal Personality and Individual Differences. India was placed 110, just ahead of the Thais, Cambodians and the two Koreas counted together. The average Indian penis length, according to Lynn, was 10.24 cm, or roughly 4 inches. The Congolese, at an average of nearly 7.1 inches, ranked the highest while the North and South Koreans at 3.8 inches ranked the lowest.)

The strangest response to my article (‘Measuring The Indian Penis’, December 3rd, 2012) on the subject however did not come from angry readers. It came from Google. Although the article was a straightforward report on how the study was conducted, it was strangely found in violation of their guidelines around ads placed by Google Adsense, which of course is the internet’s largest advertising network, the programme through which Google maintains and provides advertisements to websites. According to Google, the article was found to contain ‘adult’ or ‘non family-safe content’. In other words, it was found obscene. Even algorithms of a Silicon Valley company can catch the sexual confusion in India.

‘You feel connected in some deeper way to the country. There’s this bond, a kind of patriotism, that fills you up’