When the God Appeared

How are visionary experiences understood by practitioners themselves? 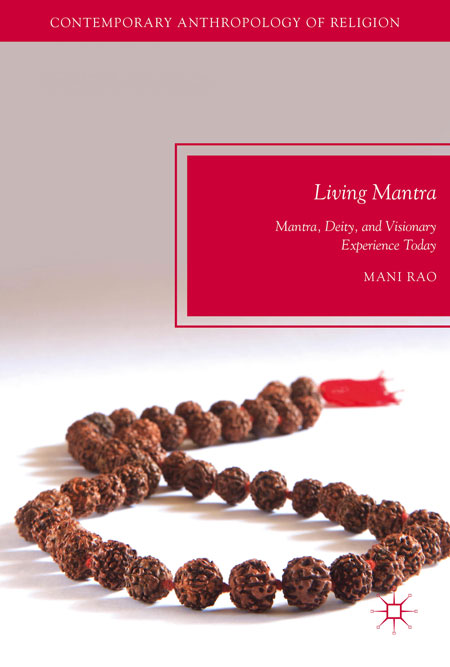 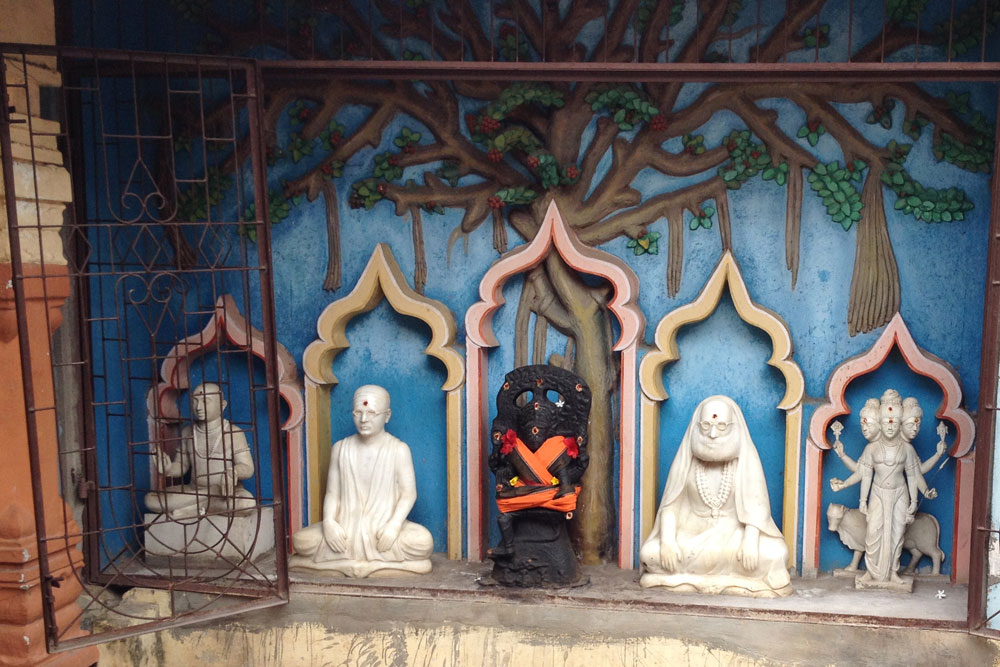 
“One moment, She was not there, next moment She was there.” This account about how Goddess Kali’s image (murti) appeared out of thin air was told to me by G.Y.N. Babu in Guntur, Andhra Pradesh. The story behind the Svayam Siddha Kali Pitham, which means ‘the temple of the self-manifested Kali,’ was even more extraordinary.

According to Siddheswarananda Bharati, the founder and guru of this temple, this particular Goddess Kali first manifested six hundred years ago in the Himalayas during one of his previous births, one in which he lived for three hundred years. He carried her during his travels and worshipped Her in a forest near Bhubaneshwar. When he died in that life, it passed on to another yogi, and one day in 2001, when this other yogi died, the murti of Goddess Kali came as if par avion to Siddheswarananda. At that very moment, Siddheswarananda was at Srinatha Pitham in Guntur talking to a group of his followers— Babu was in this group and was an eye-witness to this arrival.

I could not help but ask Babu if someone could have carried her in while everyone had their eyes shut? He pointed out that they were all awake and alert, listening to Swamiji (Siddheswarananda) talking. Later, when Goddess Kali was moved from Srinatha Pitham to the current location in the Svayam Siddha Kali Pitham, it took four people to carry her… i.e., she was heavy, and there was no way someone could have lugged in such a heavy statue without anyone noticing. Babu also told me that Svayam Siddha Kali had been growing in size since that day.

This conversation was a part of my fieldwork in Andhra-Telangana where I was researching the experience and practice of mantras. I found little discussion about legendary seers (rishis) and the magical powers of mantras from the epics Ramayana and Mahabharata. Instead, practitioners talked about their own practice and experiences. Transactions and enduring friendships with deities, visions of mantras, information about past lives, warnings about forthcoming disasters from friendly deities—in the in-circles of tantra, these were earnest updates.

As I went deeper into fieldwork I became interested in how visionary experiences were understood by practitioners themselves. In their daily lives, mantra-practitioners were also teachers, architects, marketers, businessmen and women, medical doctors and even nuclear scientists. As people who belong to contemporary society, they surely apply empirical parameters to other areas of their life; how then do they deal with questions of verifiability for themselves?

To complicate matters, imagining the deity is encouraged as a part of spiritual practice. Imagining the form of the deity helps intensify feeling (bhava) and this is regarded as crucial to the vision itself. Even Siddheswarananda, who talked to me at length about deities and the history of their relationship with human beings emphasised the role of imagination—“you frame a body by your imagination. They (deities) will come into that frame.” The very basis of tantric rituals called for imagination—syllables imagined at specific positions of one’s own body, the deity imagined in the heart and the form of the deity described and imagined in great detail along with such mantras as Soundarya Lahiri. Even when mantras were considered efficacious on their own, sankalpa (intention) was given emphasis—the practitioner must align the idea to the ritual action for any results to occur.

Practitioners were unperturbed by my questions and freely shared their own reservations. After describing her visions of the Goddess, Siddheswarananda’s follower Sandhya Rani asked me if I thought she had imagined it. I responded by asking, “How would I know either way? And how would you know?” She said, “I don’t know, sometimes I have a doubt.” Of course, Sandhya Rani’s scepticism is about her own experience, not about the existence of the Goddess. Determining whether a vision is an illusion or a reality is important for practitioners because the stakes are high—every step of the practice serves as a ratification that leads to the next. Some practitioners explained ways to differentiate between imagining (i.e., seeing what is not there) and vision (what is there).

Firstly, unusual vision is likely to be a vision rather than imagination. Karunamaya, a Srividya guru, differentiated between “vision” and “memory-leaks”. “I saw Mother-Goddess in a silk sari. Maybe, it may be a memory leak.” Karunamaya clarified that we have memories from received impressions about the appearance of certain deities—“You have a memory that Mother-Goddess is like that. But then, for a kitten or a baby lizard to come to me and say, ‘Hey man, I’m Mother-Goddess,’ for it to say that, and for me to understand that about it, say that happens, which I have not seen or experienced before, is a vision.” Secondly, visions could be assessed based on their persistence. A practitioner called Maheswari pointed out what is imagined is often forgotten, but visions persist in the memory. One of the cases that I studied for my book was that of the well-known Telugu journalist Potturi Venkateswara Rao who began a lifelong mantra-practice based on a dream-vision he simply could not forget.

Thirdly, the case of precognitive visions where actual events occur (i.e., where the vision is not only visual), internal image precedes external event. If a practitioner sees something that occurs later, it reinforces the idea that vision is not just imagination. Fourthly, collective vision is as good as a proven fact to those within the group experience and to others who trust such corroboration—the appearance of Svayam Siddha Kali is in this category.

If a practitioner cannot arrive at certainty, there is another solace. In the practice of mantra, visions are not spectacles nor are they isolated phenomena in a format of cause and effect format (such as mantra as the cause for the effect of vision). Visions indicate milestones for the practitioner—this could mean a budding relationship with a deity, or the transformation of the practitioner. Even if practitioners doubt the reality of their vision, the very occurrence of the vision testifies to the intensification of their devotion. Visions are involuntary, therefore they are like a mirror to show the practitioner where s/he is at. If a practitioner has a vision of a deity rather than of a movie star, it surely must mean that his or her mind has been on the deity rather than the movie star—and that is already worth celebrating because a steady and focused mind is foundational to successful spiritual practice. Practitioners do not spend hours doing mantras, rituals or meditation for the sake of visions. The goal is usually something else—across the various fieldwork sites, I found that goals were varied and could be for success, good health, enduring relationships with deities, self-transformation, or liberation. Thus, phenomena that occur during mantra-practice are by-products. Experienced teachers discourage too much attention to visionary experience, urging practitioners to carry on with the practice for greater, deeper goals.