What Is China Up To?

The gap between aspirations and abilities 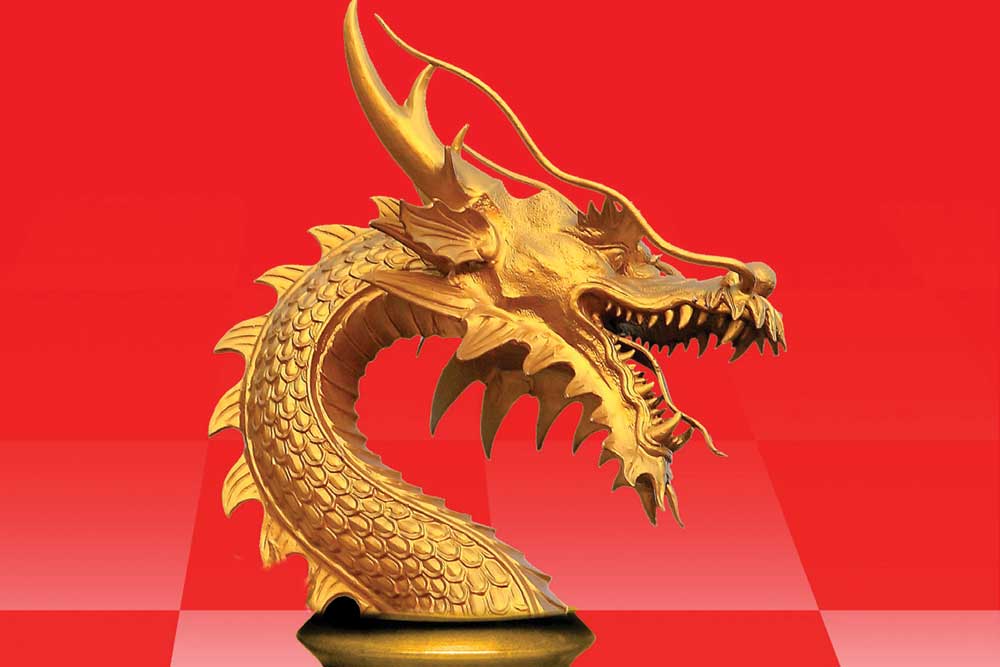 CHINA’S INVOLVEMENT IN territories beyond its borders is extensive. From its garrison in Djibouti on the eastern edge of Africa to the Scarborough Shoal near the Philippines lies a vast expanse of oceanic territory. Patrolling that space is sufficient to give a headache to a first-rate navy. And that is not the only military commitment that China has at hand: its land borders are vast and are enough to keep its armed forces fully occupied. As matters stand now, China’s effective ‘frontiers’ are more extensive than any chain of Roman limes, all the way from the Antonine Wall to the sands of Mesopotamia.

These are not simple geographic facts. In the last five years or so, leaders and analysts from Hanoi to New Delhi and from Canberra to Washington DC have been hard at work trying to parse signals emanating from Beijing to decipher China’s intentions. There are some who believe that China’s rise is peaceful. Others are not so sure. Last year, when Harvard Professor Graham Allison wrote a tome, Destined for War: Can America and China Escape the Thucydides’s Trap?, there were howls of intellectual protest after the book was released. Charges of determinism and conceptual overstretching shadowed Allison. But these controversies have not detracted concerns about Chinese behaviour in any way. India’s own entanglement in Doklam last summer and fears of another flare-up have kept the country on its toes.

So how does one understand what China is up to? Two recent books offer very different clues about what the future holds. John Lewis Gaddis’ On Grand Strategy (Allen Lane; $26; 368 pages) gives an answer based on knowledge accumulated over millennia about how states behave. Ge Zhaoguang’s What Is China? Territory, Ethnicity, Culture, and History (Harvard University Press; $39.95; 201 pages) offers a different set of pointers based on an intimate understanding of China’s history and ideas of how it perceives itself.

Gaddis, a Yale University historian who has spent a lifetime analysing grand strategy (loosely considered the sum of all means available to a country to obtain its long-term goals), bases his answers on a study of Western history from the time Herodotus wrote his Histories to near contemporary events. In his estimation, miscalculations of the gap between what a country wants and what it can do lie at the heart of strategic failures. This is implicit in his definition of grand strategy as ‘the alignment of potentially unlimited aspirations with necessarily limited capabilities.’ His very first example illustrates this point. When the Persian Emperor Xerxes crossed Hellespont—the narrow stretch of sea that once marked the border between Europe and Asia, now wholly within Turkey— to invade Greece, he fatally miscalculated the gap between aspirations and capabilities. A more recent and controversial example dates the era of contemporary American decline to the period between the end of the Cold War and the invasion of Iraq in 2003. Much like Xerxes 24 centuries ago, the US, too, miscalculated the gap between what it wanted—exporting democracy to countries in the Middle East that had never known it on a sustainable basis—and what it could do. This is, of course, a provisional assessment, one that is subject to controversy: even now, 15 years after those events, the US remains the world’s pre-eminent power, perhaps the only one capable of projecting military force anywhere on the planet.

Might China be in a similar ‘imperial overstretch’? As things stand, it is very hard to say. It is the first Asiatic power to come anywhere close to global ambition with a comparable match in abilities. One could cite pre-World War II Japan as an example. But that is misleading: Japan’s abilities and ideas were almost totally of Western inspiration and would not have been possible without a wholesale import of ideas, technologies and changes in culture during the Meiji era.

One lesson that can be drawn about grand strategies in this: Their success depends on a confident worldview, which comes naturally to an imperial but rarely to democracies

Much of the pessimism surrounding the ability of countries to forge cohesive grand strategies lies in its stringent requirements of ‘success’. Take the ability to foresee the future and couple it with domestic economic and political priorities. For example, when the US emerged victorious from World War II, it vigorously championed free trade without maintaining any overseas colonies. This was in contrast to Britain in the 19th century. In both cases, freedom of trade helped the two countries, but its scale and much greater depth gave the US an edge over any previous power. Its two overarching goals—keeping the world safe for democracy and capitalism—were part of its strategic thought but they cannot be said to constitute a cohesive grand strategy and were closer to a belief of doing good for the world, a strain of thinking associated with many US leaders, including Woodrow Wilson. But it did provide the world with two key global public goods: security and economic growth.

In that respect, as Ge Zhaoguang shows, China lies in a different universe. A US-style provision of public goods does not enter Chinese imagination. Another contrast lies in the difference between Chinese and American eras of expansion, with China giving rise to insecurities that were never seen in the American case. Finally, and probably most importantly, the difference in Chinese and American grand strategies lies in the far more cohesive worldview that powers the former. As the most durable imperial power in history, China imagines itself as the centre of world and as a master of ‘all under heaven’, a flowery expression for hegemony.

‘Why did people in ancient China cling to this idea of ‘All-under-Heaven’ for so long? I believe it is because, aside from Buddhism, China never faced a serious challenge from another civilization. Chinese people continued to believe, then, that they were the centre of All- under-Heaven; that Han civilization was the peak of human civilization; that the people on the periphery were barbaric; and that people who did not follow the moral system of the Han needed to be saved.’ This way of looking at the world did not vanish as the last imperial dynasty, the Qing, came to an end in 1911.

For more than a century, between the Opium Wars (1839-1860) and its accession to the World Trade Organization (2001), these ‘imperial’ ideas were supposedly abjured in China. During this period, Communism was imported in a land that had no experience of modernity. Conventional history records this time as that of trying a revolution in China and its vicissitudes. But a better interpretation is that it was a gestation period during which China recouped itself after the difficulties of the late Qing period even as it ‘pacified’ ethnic groups on its borders, particularly in Tibet and Xinjiang. Refurbished, re-armed—materially and culturally, if the latter was required at all—it has now safely turned again to an ancient worldview, without recourse to any authentic nationalism which will be dangerous (as it will, at its root, have to be based on Han nationalism and exclude other ethnicities).

That ancient worldview and China’s economic power are a potent combination and make any analysis of overstretch or any analytical assertion of a gap between aspirations and abilities a hazardous exercise. One can say that if world history is anything to go by, such situations usually lead to a countervailing alliance of countries. After Athens’ victory in the Persian Wars, it was Sparta’s fear of its powerful neighbour that led to war with the Greek world divided into camps led by the two states. Here, again, China is in a different class. So immense is its politico-military and economic power that allies dare not ‘ally’ with each other. If there is any lesson that can be drawn at this moment about grand strategies, it is this: their success depends on a coherent and confident worldview, something that comes naturally to an imperial power but rarely to democracies. The latest story about the gap between aspirations and abilities is yet to be sketched.