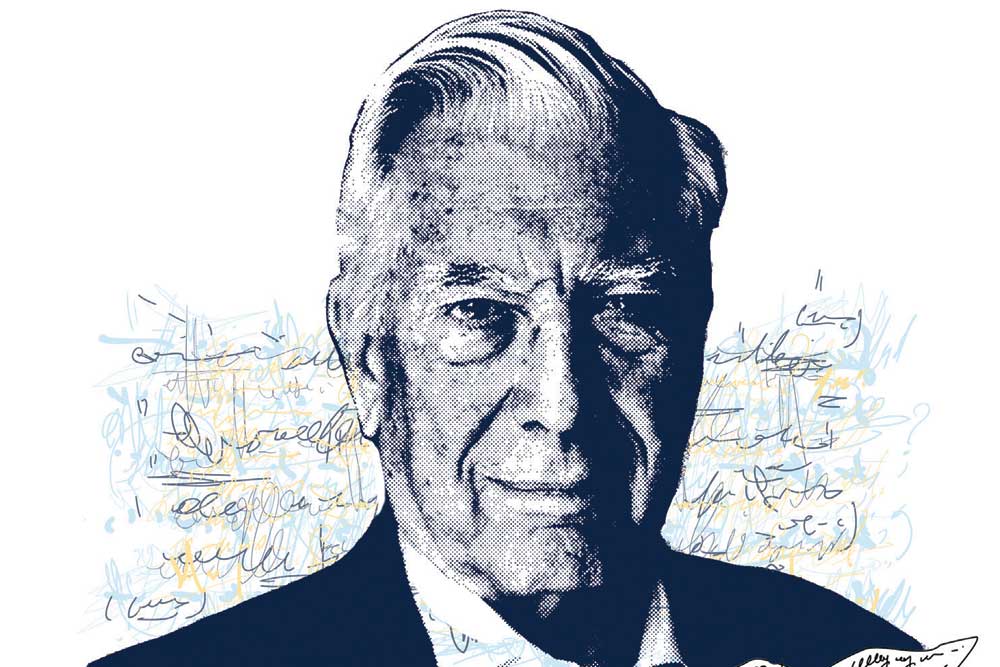 IN THE NEIGHBOURHOOD, Mario Vargas Llosa delves deep into a period about which he has told us before—in his 1993 memoirs titled A Fish in the Water, which, besides revealing a lot about his childhood, also talked about his unsuccessful career as a politician. He contested the presidency of Peru, the country of his birth, against Japanese-origin Alberto Fujimori, and lost. The Neighbourhood, which appeared in English this year, is the Nobel laureate’s 18th novel, and recaptures the life of Peruvians under Fujimori’s notoriously corrupt regime which saw many prosperous businessmen and freedom activists flee the country in fear of ransom demands, torture and death.

A writer who is rather vehement in his attack of political rivals, intellectuals and writers opposed to his views, Llosa has often used even fiction, not to speak of essays and interviews, against them. Perhaps it isn’t wrong to say he is more effective against ideological opponents in his novels than in his political commentaries, many of which have been translated into English. (His 2006 book, Touchstones, for instance, is a collection of his essays on literature and geopolitics.)

To a large extent, The Feast of the Goat epitomised how easily the great writer, now 82, could capture decadence in Latin American politics by putting a spotlight on the Dominican Republic under the watch of Rafael Trujillo, its dictator who was assassinated in the early 1960s, through the eyes of Urania Cabral, the abused daughter of an early loyalist of the slain president. The most stunning part of the book is how he brings to public glare the way dictators fall under their own weight, with their own lieutenants plotting their downfall. The author portrays in detail the palace intrigue typical of such regimes.

Attention to detail, especially when it comes to crime, is Llosa’s forte, as evident from his early works such as Who Killed Palomino Molero?, which traces the murder of a military recruit in Lima, and The Time of the Hero, the 1963 work that dwells at length on life in a military school like the one the author himself went to: Leoncio Prado Military Academy in Lima. In Death in the Andes, Llosa takes his brilliance as a crime fiction writer to a higher realm, analysing the Maoist Shining Path’s strategies and priorities through the eyes of a corporal named Lituma who gets transferred to the Andean hinterland of Peru where people keep disappearing.

Llosa has been a vehement critic of Latin American governments that he claims thrive in the name of upholding the rights of the poor while actually enriching only those in power. Known for his pro-market and pro-neoliberal economics, the Peruvian author has often criticised his former friend, the late Gabriel Garcia Marquez, for not measuring up to his high standards in literature in matters to do with politics. Llosa had famously called Marquez the “courtesan of Cuba”, referring to the latter’s friendship with the late Fidel Castro. Llosa’s criticism of other writers in Latin America over their political affiliations has earned him applause elsewhere but sharp criticism back home.

Llosa has been a trenchant critic of tabloid culture, and in The Neighbourhood , we are witness to a tabloid editor who is apparently paid by the intelligence chief to do his bidding and destroy the careers of people he detests. In the case of the mining baron and engineer Enrique Cardenas, the editor gets greedy and doesn’t consult the intelligence chief, who, in Peru, was looked up to as the real wielder of power when Fujimori was president—thanks to his role in a raft of illegal activities including drug trafficking and kidnapping rackets. Editor Garro pays a visit to Cardenas’s office and asks a blunt question: “Why don’t you have a bodyguard, engineer?” The journalist exits the office some time later, leaving behind a dossier with the photographs of him caught in flagrante.

While the engineer immediately discloses the news of the dossier to Luciano Casabellas, his lawyer chum, leaving both in war-footing mode, Llosa takes us to Miami where their wives Marisa and Chabela are busy enjoying each other’s company. The wives aren’t unhappy with their husbands, whom they continue to love, but they are happy to discover that they could be more than just friends.

A chapter titled ‘The Den of Gossip’ resembles life inside any tabloid that is interested in digging up the private lives of the high and mighty. And in this case, the office of Exposed, run by Garro, is a dingy little workplace where the editor is evil personified, brutal, unforgiving and abusive. He is shown as an obnoxious bully who snarls at meek employees who are mostly the sole breadwinners of their families. He seems to have a soft corner only for one of the smartest reporters, named Shorty. She worships the editor for the job he has given her; the editor admires her because she is someone who can snoop on anyone and get stories he wants to run in what others call a ‘filthy rag’.

Garro visits Enrique two weeks after he handed him the dossier in the same dress he had worn the previous occasion. The editor is unkempt and smelly; he is skinny and his hands perspire all the time, leaving whoever he shakes hands with squirming in disgust. The editor offers Enrique a quid pro quo deal for not publishing the dirty photographs: that he invests money in Exposed. Enrique dismisses the ‘offer’ and this detective novel picks up pace after the tabloid carries the photos. The immediate response from Enrique, who is backed by Luciano, is to assert that the photos were doctored. The tabloid is picked up immediately by the rich and poor alike, whoever is interested in gossip. While Enrique is crestfallen, his wife is shattered; but Marisa falls back on Chabela for support.

As the novel progresses, combing through the emotional turmoil of the exposed, the euphoria of tabloid reporters and the voyeuristic pleasure of readers, Garro is found dead in grotesque condition, stabbed multiple times and his face punched beyond recognition. Enrique becomes the primary suspect and he is nabbed and thrown in jail where he encounters sexual offenders before he is saved by the power that saves only the crème de la crème of society. Alongside, Shorty meets the intelligence chief, who confides in her that Exposed should not die because Garro is dead. Shorty realises immediately who ordered the execution of her editor. She plays ball, and comes up with what would be the last issue of Exposed.

Juxtaposed with reality, we know that it was a scandal involving videos of the opposition being bribed that forced former Peruvian intelligence chief Montesinos to flee the country and prompted Fujimori to quit as president. In the end, the novel shows the two friends—the entrepreneur and the lawyer—having a great time with their wives after the explosive scandal.

This may not be in the league of Llosa’s The War of The End of the World or his Aunt Julia and the Scriptwriter, but it is a thrilling read in which each character gets its due: for instance, the author talks of a cat named Serrafin that invariably refuses to go with the master to a poor neighbourhood that serves free meals for fear of ending up as ‘cat stew’.

Llosa, the master, hasn’t lost his plot, not one bit.