The Man Delhi Loves to Love

Being in the company of Bhaichand Patel 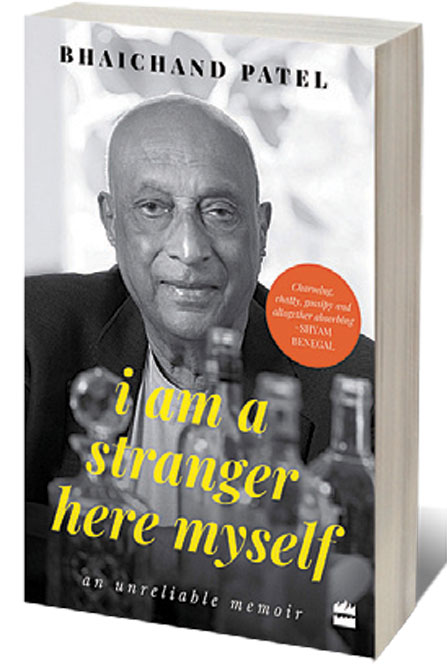 I Am A Stranger Here Myself: An Unreliable Memoir Bhaichand Patel
HarperCollins
272 pages | ₹ 699 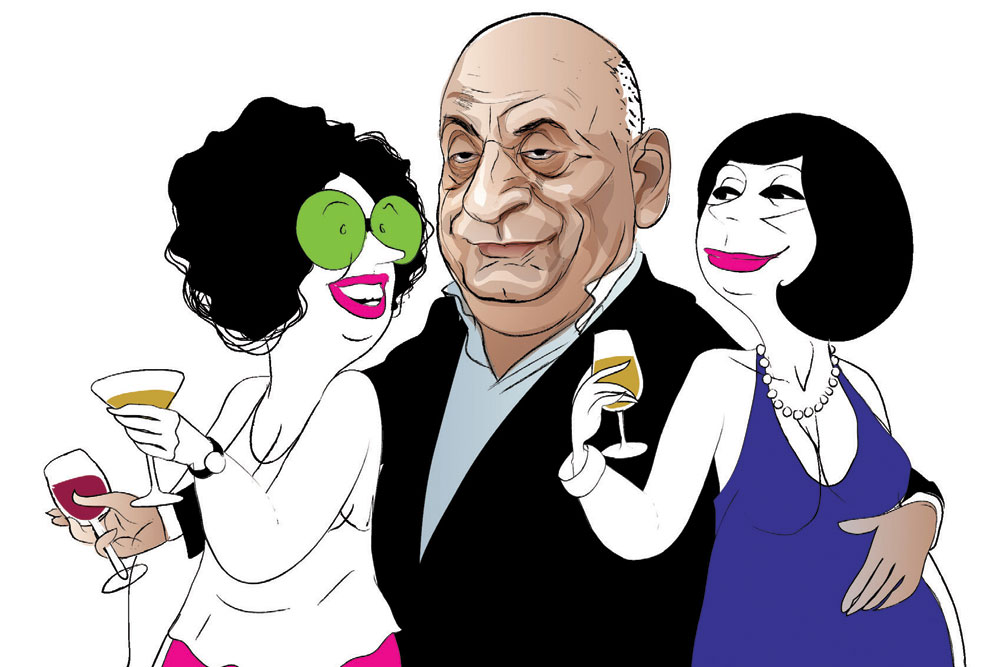 
BHAICHAND PATEL IS bald; overweight; can’t hear too well; dances with two left feet and barely lights up any room he enters.

Of his many pursuits, Bhaichand has been a lawyer; worked at the UN at the expense of poor Fiji; lived in Bombay, London, New York and twice in Delhi. And yet not one place on the planet can he call home.

And of all the claims he makes to enduring success, he has, as the wicked people would say, been a moderate success: but never modest about that. Which is typical of Bhaichand. In a very Wodehousian manner, Bhaichand erects a statue of himself every morning in the mirror and sadly, as he tells us, it is the only erection he has at this age.

Bhaichand is blessed that he has a friend in Rahul Singh (Khushwant Singh’s son) because Rahul has rented him a fabulous apartment with a garden which Bhaichand at 80-plus cannot walk in: and all of this for a measly rent. This is the apartment in Sujan Singh Park where Bhaichand hosts soirees at which the age spectrum is from 27 to 97: if I am at the party, I bring down the average age by about 23 years. He also hosts an annual Valentine Day’s party where the same people come wearing the same clothes and attempt to dance to music that they may have never heard (owing to its recency) or because they’ve forgotten to wear their hearing aids. There’s also a carefully placed walking-stick stand, which is normally overflowing, but then it doesn’t deter the guests from attending.
Bhaichand was also the Editor of a fine book titled Being Single: he was wise to include an essay of mine. That helped sales climb. Something he admits to, very grudgingly. Which is why when his new book titled I Am a Stranger Here Myself was published, I pleaded with the Editor of this fine magazine to let me review the book as well as pen a tribute. The tribute bit is in the paragraphs above.

Now to the book.

When you first pick up the book, you are likely to be confused: primarily because the title itself is an oxymoron—how can a stranger be anything but a stranger if he is not known beyond his 37 friends? So to then give it the grandiose title of ‘I am a stranger here myself’ is in many ways rather strange. And ‘strange’ as an epithet sits well on Bhaichand’s wobbly shoulders.

Truth be told, this is a fascinating book, but then over the years, Bhaichand has wined and dined so many editors and their progeny that it is quite possible one of them chipped in with the writing only to leave the selection of photographs to Bhaichand. Once again he has shown great judgement by ensuring my photograph with Roshan Seth but given how jealous he has been of me all his life, he forgot to caption just this one photograph.

The book helps the reader travel through timelines that were only possible if you were truly a Renaissance Man. And Bhaichand is essentially that. His home is filled with books and some very ugly photographs and yes, film posters too that the wicked people say he stole from cinema halls but they all add up to the eclectic look, which is what his apartment is all about.

In the book, Bhaichand helps the reader partake of a life truly well lived. A life which was unfettered; not without its share of pain but then one which had surprises at every crossroad. Which is what makes this book so unputdownable. The theme song of this book begins with Bhaichand being extremely shy of his lack of prowess in his favourite pastime: women. He talks of his body parts as if they were borrowed and didn’t belong to him but then the manner in which he describes his life is not puerile at all. If he was attempting to be a cross between Khushwant Singh and Sudhir Kakar, he fails miserably but therein lies the success of this work.

His book is brutally honest. As is the man himself. His book is unapologetic. Just like the man himself. In all my years, there have been many instances when we’ve ribbed each other but there has never been a warmer and more affectionate friend than Bhaichand Patel and perhaps what is truly unique is his ability to transcend age and gender: but then again at 80, I don’t think one has many choices either.


The theme song of this book begins with Bhaichand being extremely shy of his lack of prowess in his favourite pastime: Women. He talks of his body parts as if they were borrowed and didn’t belong to him but then the manner in which he describes his life is not puerile at all

What is equally inspiring about the book is the fun Bhaichand has had all his life doing the things he did. Not one to chase fame (which in any event would have eluded him) he talks about the relationships he forged: be they with fine men and women of letters to Bollywood stars to colleagues at the Bar or for that matter his crowd in the UN.

The manner in which he recounts these warm associations, built over such a long time, gives you an insight into the man.

In a city like Delhi it is easy to win and lose friends. Power and scandal are magnets alike. But then Bhaichand came back to make Delhi his home when he had neither and yet he struck up the kind of friendships he did because of the man he was and the man he remains. And this is the man you discover in this book.

A man that Delhi loves to love.
For me personally, Bhaichand has been a remarkable friend. One who never judges and one who never seeks anything. It is his selflessness that is both touching and worthy of emulation.

And this book is not the biography of a man who only had fun. It is, in many ways, inspirational. It’s about taking life head on and living it like it was your last day.

Bhaichand Patel has done it again. He has scored. But only as far as writing is concerned.