The Heart of Revolution 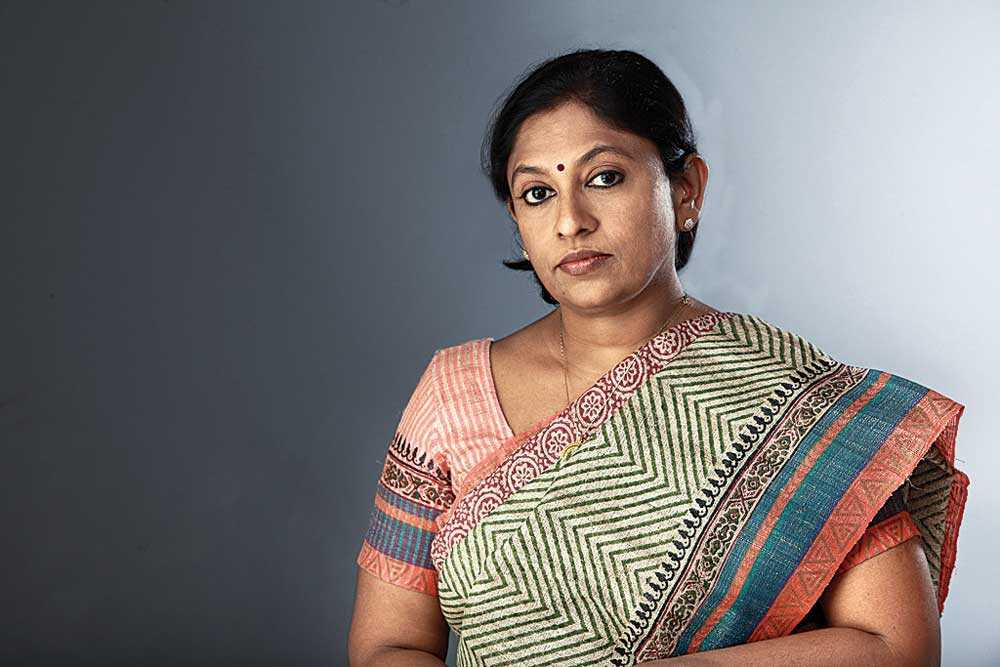 THE GOSPEL OF Yudas by KR Meera is not an easy book to get through. The language is weighty, the subject heavy and death riddles the text like a moth boring its way through a shawl. People perish at regular intervals, and all in unnatural ways. In merely 100 pages, six deaths by drowning occur. The novella is set around the inexplicable love of an impressionable Prema for a hardened Yudas who retrieves bodies from a lake. With this being his profession, it’s little surprise that death is the eddy and current of the text. The lake here is not a source of joy and plenty. Rather, it is the first refuge of the lonely and the last of the revolutionary. This is a story of unrequited love, but in essence this is a tale of the Emergency, of citizens versus the state, of oppression versus aazadi. As Yudas, the former rebel, says, “Man becomes a beast the moment he has chains around his waist or feet. What a man needs is freedom. Not only to run or walk, but to think, dream and die too.”

Prema’s love for Yudas arises from her craving to partake of a revolution. Her father is a notorious torturer who revels in his ability to get inmates to sing. He is known to have gotten Yudas to confess against two of his comrades. Convinced that he betrayed those closest to him, Yudas’ life becomes a desperate struggle for absolution. He lost his love to water and must now retrieve corpse after corpse from their watery grave. But redemption works in mysterious ways. Prema’s father’s accounts of torture only stir her infatuation for Yudas. The daughter of a torturer is doomed to fall in love with the tortured. The father, capable of immeasurable cruelty against inmates and his own children and wife, becomes a man confined to his own home and imprisoned by disease. The ‘Beast’—‘the man who ran the biggest killing machine in the history of this land’ and the father’s supervisor—is reduced to an enfeebled widower. Karma spares no one.

Meera’s work—whether it is the award-winning novel Hangwoman or the pithy novella And Slowly Forgetting That Tree—is lush in violence and metaphor. And all seem to have been written in a heightened state. Speaking on the phone from Kottayam, Meera says she wrote The Gospel of Yudas back in 2007 in the throes of chikungunya fever. An editor of a magazine had reserved pages in its Onam special issue for her. Unwilling to break her promise even though she was incapacitated by pain, she sent him a short story.

When she switched on her computer, the bluish green of the screen transported her to Sasathamcotta Lake (the largest freshwater lake in Kerala) which she could see from her ancestral house, where she grew up. She says, “When I remembered the lake, many things came back to me about my fantasies and foolishness of my childhood. I wanted to fall in love with a Naxalite.” An anecdote recounted by a friend about a man who’d blurted out the names of his comrades during torture returned to her. These two strands intertwined in the fugue of fever to create the novella.

For Meera, growing up in Kollam in a political family in the early 70s, the Emergency was not some abstract notion in a distant land. Rather, it coloured her formative years and influenced her practice of journalism. The disappearance and possible custodial death of P Rajan, an engineering student, in 1976, and the subsequent habeas corpus suit that was filed (the first of its kind in Kerala) deeply impacted Meera’s formative years. She says, “That incident was part of our consciousness. The first-generation Communists in Kerala were real Leftists, they believed in a new and better world. And I shared that ideology… Even before I understood what a Naxalite was, I wanted to be one.” The hold of Naxalism on Meera was preordained. She was born on 19 February 1970. Naxal Varghese, a major hero of the Adivasis of Kerala, was killed on 18 February 1970. These connections and cross-connections determine her fiction and nonfiction. She says, “As a teenager, there was a very rational basis for my attraction to Naxalism.”

In The Gospel of Yudas, it is this attraction that holds Prema in its thrall and advances the narrative. It leaves one asking what the line is that separates saviour from fallen angel, and who the betrayer is and who the betrayed.