The Feast of the Goat 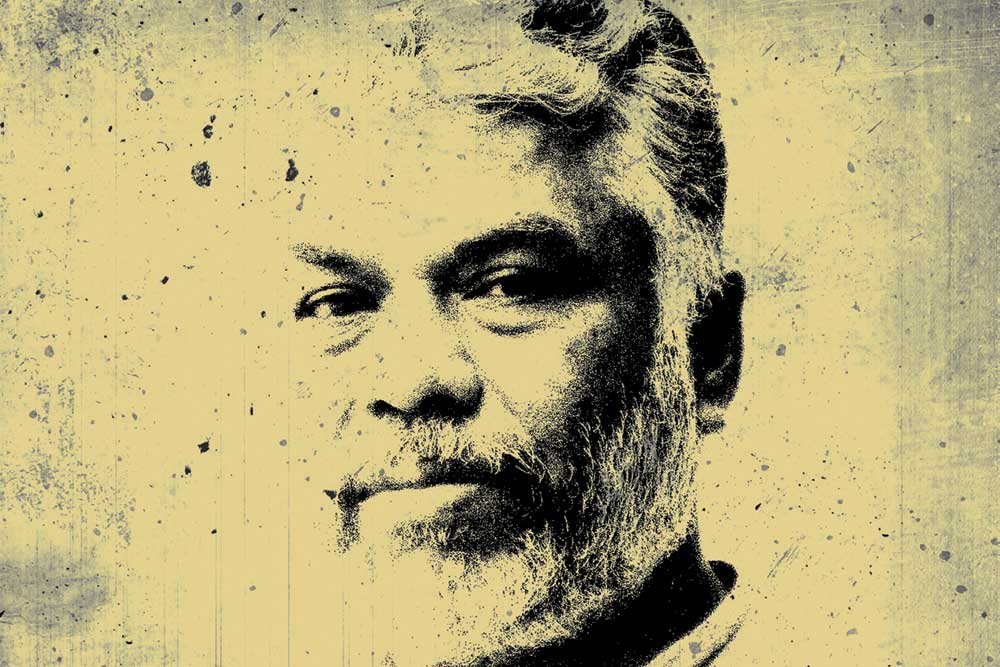 THE NOVEL OPENS dramatically: ‘Once in a village, there was a goat. No one knew where she was born. The birth of an ordinary life never leaves a trace, does it? Even so, her arrival was somewhat unusual.’ The kid comes into the story in a surrealistic sequence that sets the tenor of the narrative.

This riveting tale is told in first person from the point of view of the goat, its main protagonist, and also its owners, an old farming couple. The author toggles between these two points of view seamlessly, in a way the reader does not even notice. Though the narration is anthropomorphic in many contexts, it flows without a glitch.

The author follows the life of the old couple and the kid. There are other minor characters—the couple’s daughter, a midwife and a government official. Each character is well drawn.

The story, like most others of Murugan, is set in his native place, the Kongu country—Salem, Erode and Coimbatore districts of Tamil Nadu. He brings to life this landscape with his description of plants like Kiluvai, trees like the acacia and creatures such as the rock lizard and jungle cat. This gives the story and characters credibility. They feel alive. He regrets that the wild dogs (dholes), leopard and deer that once inhabited the forests are no longer there.

Though the story is rooted in Kongu soil, its universal significance is clear. Murugan makes observations on life and people that seem as sharp as lightning. Proverbs and metaphors of the highly localised Kongu Tamil add to the marked flavour of the novel. The after-birth of the goat is bundled and tied in the Pala tree in the belief that the goat will secrete ample milk for the kids. We also read about goat sacrifices and villagers hunting jungle cats for the stove as ‘no other meat tasted so good’. By documenting these expressions and practices, the novel acquires the dimension of an archive.

The primordial relationship between livestock and humans in rural Tamil Nadu, so distinctly brought out in the novel, is an aspect of village life that modern-day urban animal welfarists have no idea of. When an interviewer in Delhi asked Murugan about jallikattu, he wondered, “What’s anybody’s problem if we play with our cattle?” The bond between goats and the farmer is close, and yet when the need comes, the animal is slaughtered for a feast or sacrificed to the village deity. This reminds one of the life style of Masais, the pastoralists of Africa.

Murugan’s writings are deeply entrenched in the history and culture of the land. So are the earthy metaphors, similes and idioms he so effectively employs. These had to be demystified while spreading them in English, which the translator has done well: ‘The mouth that talks is the same as the one that eats.’

One serious challenge while translating a Tamil fictional work is the diglossia of the language; add to this the Kongu dialect that Murugan engages with extensively, and the task is formidable. Kalyan Raman handles it admirably and captures the spirit of Murugan’s writing. He never takes the tempting shortcut of omitting a phrase here or a proverb there. He lives up to the formidable reputation he has built up as a translator of Tamil into English, both in poetry and prose. This augurs well for contemporary Tamil literature.

The book is handsomely produced with reader-friendly fonts and is a delight to handle. Priya Kurian’s cover picture of Poonachi, complete with the plastic token in her ear, captures the soul of this lovable goat and of the novel.