The Day of the Outsider 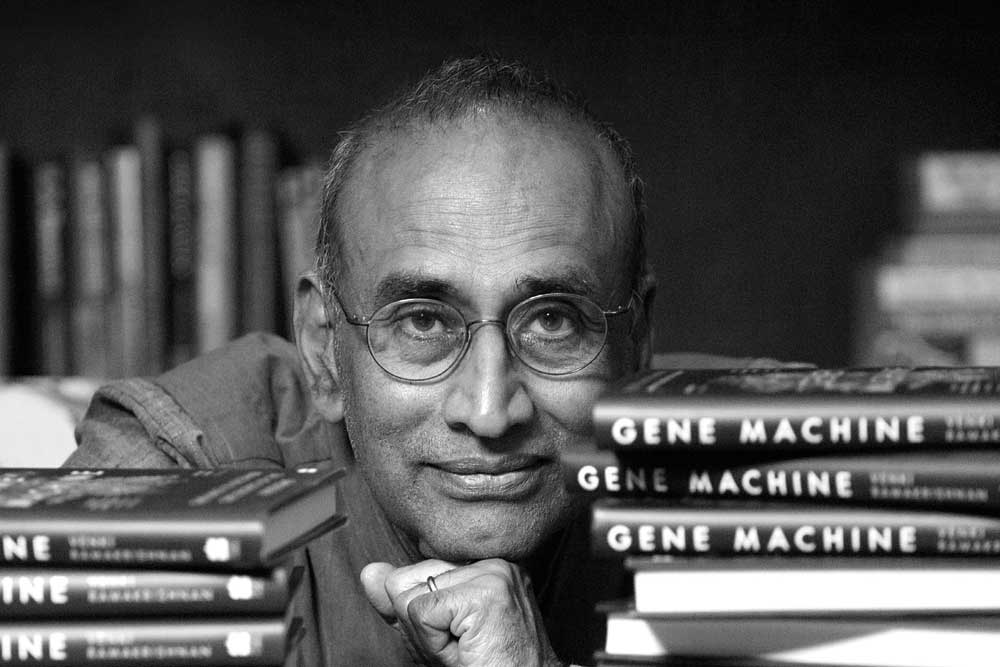 THE BLURB ON Venki Ramakrishnan’s recent book Gene Machine by Richard Dawkins characterises the author ‘as a sort of nice Jim Watson’. Born to an Indian scientist couple, the Baroda University graduate Ramakrishnan’s saga of reaching the scientific summit of the Nobel Prize in Chemistry in 2009 for unravelling the structure and function of a tiny molecule in the cell called a ribosome has parallels with Watson’s autobiographical account of how the structure of DNA was discovered back in the early 1950s. Watson’s book The Double Helix, although hailed as ‘an intimate first-person memoir about scientific discovery’, had also become an object of criticism for being too hubristic and self-centered and ‘disagreeably sexist’ towards Rosalind Franklin, an unsung co-discoverer of DNA who missed out the Nobel Prize in 1962 along with Jim Watson, Francis Crick and Maurice Wilkins because of her premature death. Even if she were alive, it is not clear how she would figure in this team as the prize was subjected to a rule that it would not be awarded to more than three recipients.

Like the race to the discovery of DNA, Ramakrishnan’s quest for understanding an equally evasive life molecule of the ribosome that hosts RNA strands has all the ingredients of a suspense thriller like competitive ambition, intrigue, secrecy and occasional vanity, all of it finally capped by a thrilling finish. But what makes this science thriller different from Watson’s are its frankness and the author’s professional respect for his competitors despite intense one-upmanship among them, at least with Ada Yonath, an Israeli woman crystallographer who shared the Nobel Prize with Thomas Steitz and Ramakrishnan in 2009.

There are numerous examples in science to argue that advances in scientific disciplines do not necessarily originate at the centre of inquiry, but are triggered by those at the margins who bring in new perspectives and analytical prowess; who are not weighed down by the dusty volumes of previously accrued knowledge. The spark of creativity—if it must leapfrog the disciplinary walls— needs to remain unencumbered by conventions and traditions. Ramakrishnan, a physicist by training, by his own admission was a rank outsider in molecular biology.

The main protagonist of this story happens to be the ribosome, which is largely made up of ribosomal RNA and is a complex molecular machine within a cell that long remained in obscurity, unlike its more popular cousin molecule DNA. Ramakrishnan uses the analogy of assembly-line car manufacturing to describe the work of the ribosome assembling the pieces to make proteins. DNA and RNA, which transact information between each other, are the workhorses that sustain fundamental cellular functions by manufacturing proteins without which cells would die. One of the most important practical applications of resolving the 3D structure of ribosomal molecules is that it is now possible to know where exactly antibiotics bind to the ribosomal body and that information is useful to develop more efficient drugs, paving also a way for gene therapy. The ribosomal structure was also a tougher nut to crack. Until recently, structural studies on ribosomes were hindered by difficulties in obtaining crystals that diffracted to high resolution. However, key technological developments in X-ray diffractography and synchrotron beamlines, along with improvements in computing techniques and crystallographic software, helped in ushering a revolution in ribosomal research.

Ramakrishnan chose to be at the right time and right place. He opted to shift from University of Utah, where he was a professor of biochemistry, to Medical Research Council of Molecular Biology in Cambridge, England, that too for a lower salary and as a research scientist. Ramakrishnan writes, ‘I could have fallen off the edge and disappeared from the world of science, a fate I only avoided by changing tack or starting all over again’. This trait of a bungee jumper who is prone to jump in the face of fear is what stood him in good stead. How else can one explain the rationale of a physics PhD holder from Ohio University choosing to join the University of California to study molecular biology as a grad student? But Ramakrishnan’s explanation is this, ‘There seemed no question that if I stayed on in physics, I would spend the rest of my life doing boring and incremental calculations that wouldn’t result in any real advance in understanding. Biology on the other hand, was undergoing the sort of dramatic transformation that physics had in the early twentieth century.’ That explains why he opted to desert the mothership.

Though less amplified in the book, his American wife Vera Rosenberry’s support may have also been a bulwark to sustain his tough research career that required great quantities of physical and mental stamina. At the end of the chapter ‘The Phone Call in October’, Ramakrishnan records how his wife reacted when she heard about the Nobel Prize: ‘I thought you had to be really smart to win one of those!’ Ramakrishnan rounds it off with a quote from Maryon Pearson, the wife of former Canadian prime minister, ‘Behind every successful man, there stands a surprised woman’. This profoundly human story is written with honesty and humility, and you find a person who isn’t afraid to laugh at himself.

Despite occasional patches of hard science, Ramakrishnan has written a deeply absorbing human story of how modern science is conducted, which is no longer a solo exercise but involves big teams of equally competent individuals—a far cry from the days of Newton and even Einstein when scientists worked in relative isolation. Ramakrishnan says that these days it is not easy to determine ‘who made the real difference in a particular field’ and often decisions become subjective.

In ‘The Politics of Recognition’, he critiques the way the prizes are decided and says that ‘the whole system is beset by a kind of cronyism’. Instead of inculcating a feeling that the work is its own reward, he adds, scientific establishments encourage this desire to feel special and better than our peers at virtually every stage of the process.

Ramakrishnan has been called a ‘dark horse’ by some of his peers as he was perceived to have come out of nowhere and surprised everybody with his scintillating scientific results. The commotion started when he and colleagues published results in a 1999 Nature paper. That was when his competitors like Ada Yonath realised they were far behind in their ribosome pursuits despite being in the field for long. Although he did not like to be called a dark horse, he admits that he had deliberately kept his team’s efforts from the limelight for long because of the stiff competition from more powerful groups. Ramakrishnan qualifies science as a marketplace of ideas, and just ‘as in business, competition can spur people to think and work harder, weed out bad ideas and dead ends, and accelerate the pace of science’.

Recently I was introduced to Ramakrishnan by P Balaram, a former director of IISc and a high caliber biochemist himself. I told Venki that I was reading his book. As a postscript to this meeting, I want to add that this highly readable account informs me how tortuous the road is that leads to new knowledge. Yellow brick roads are only found in fairy tales.