In Prayaag Akbar’s first novel, a mother’s search for her daughter becomes a searing argument against power. The writer in conversation with Bhavya Dore 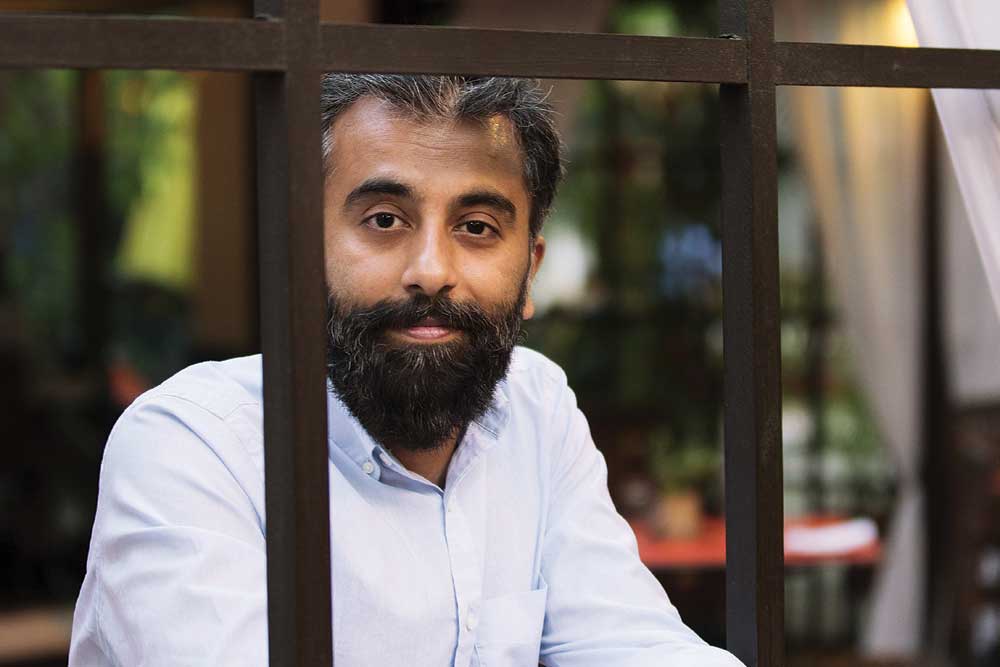 A HAILSTORM OF adjectives has accompanied journalist Prayaag Akbar’s debut novel in the wake of its release: ‘terrifying’, ‘haunting’, ‘grim’, ‘discombobulating ’. So what could possibly be so unnerving about Leila, a slim, 224-page book about a woman searching for her young daughter?

“I don’t think I was setting out to terrify people,” says Akbar, smiling, a day after the book’s Mumbai launch. “It wasn’t a horror story, that wasn’t my intention at all. I think I wanted to move people to really feel a sense of [the protagonist’s] loss. For me it was: how do I make that real for the reader?”

Leila (Simon & Schuster; 224 pages; Rs 459 ) fashions an Indian city where the premium on purity has divided up denizens based on community; opportunities and facilities are determined by accident of birth, and outside the carefully constructed walls, the urban poor live in disease and squalor. Shalini, a woman raised in privilege, but now fallen from its perch, must navigate these borders and boundaries in her quest for Leila, the daughter snatched from her more than a decade earlier. “It started with this idea that I had of a mother and a daughter being separated,” says Akbar. “How we have these political forces that carry on over our heads that we have very little control over. And I wanted to try and capture how those kinds of forces can really devastate someone’s life.”

Akbar, 34, has worked as a reporter and editor, documenting various forces and fault-lines in Indian life. Now he’s moved to doing it in fiction.

The imprints of Indian metropolises are unmistakable in the space of the book. As the novel moves, and the protagonist moves through its world, we are shown civic decay in unprivileged parts, discipline inflicted on disobedient women held in the ‘Towers’, and urban splendour accorded to the more fortunate. Those marrying across community lines are punished and energetic armies of vigilantes prowl the streets enforcing order. “The more I saw Shalini’s world, the more I came to understand what she was going through, what her daughter was going through, how they’d been separated. Once I started trying to figure out the elements of that world, all of this came to me,” he says. “I was very affected by the cities I’ve lived in in my life: Delhi and Bombay… You’re influenced by what you see and it sort of creeps into your work.”

What happens when a state comes to have that overwhelming authority over its subjects? So that’s why I wasn’t interested in having one person controlling everything. For me it’s the all-powerful state that’s important in that sense

In sharp ways, the landscape of the novel mirrors the landscape of the news—on steroids. “You’re constantly influenced by what happens around you. Even though there are many writers who say art should be separate from politics, art shouldn’t be political, I don’t agree with that,” says Akbar. “There’s no way to save the world from seeping into your work.”

When the novel opens, Shalini has been excommunicated, she is 43, lonely and under surveillance. The choice of going with a woman protagonist came quickly and naturally. But it also came with its set of concerns. “I was worried how women critics would read my work,” he says. “But I’m not claiming to talk about all women or I’m not claiming to talk about the totality of the female experience. It’s just an aspect of one woman’s life I’m trying to write about. I think I was careful to not go beyond what I could write about, and what seemed real to me about Shalini. I think maybe in a couple of places I was restrained by good editors.”

It’s not like complex, convincing female leads have not been written by men. Colm Toibin (Brooklyn, Nora Webster) and Martin Amis (Night Train) are a few obvious examples.

For Akbar, Kazuo Ishiguro (A Pale View of the Hills) is the title that comes to mind. That book, his first novel, centres on Etsuko, a Japanese woman who migrates to England after World War II, and her recollections of a past life. “It’s a really beautiful story. For me that was really a remarkable piece of writing,” says Akbar. “I never thought of it as a male writer writing a female voice. For me that was a really powerful feat he’d achieved… He was writing just this woman’s thoughts and it came authentically to him.”

The novel’s terror is laid out through its omnipotent institutional mechanisms: through the separations it enforces and the privileges it accords depending on status and hierarchy. Villainy isn’t specifically located in individuals. Rather, Voldemort is in the structural details.

“We as human beings in a society have a social contract; we pay taxes and live within the laws of the state. The state protects us, gives us freedom; it’s a contract we have with this institution called the state,” he says. “In that sense, this book is about what happens when the state has the desire to tweak that contract to make it so some people can’t live in a place, make it so that you have to follow certain rules in a place. What happens when a state comes to have that overwhelming authority over its subjects? So that’s why I wasn’t interested in having one person controlling everything. For me it’s the all-powerful state that’s important in that sense.”

The unrelenting bleakness of the novel is leavened with very few specks of brightness. But even in this corrosive, insular world, a mother’s driven search for her lost daughter can speak to a place of hope. “She’s so powerful in that sense,” says Akbar. “Though all these terrible tragedies come into her life, she’s able to withstand it. She’s resilient and hard as a shell. She’s able to go on with her life, no matter what’s happened to her because she loves her daughter so much and wants to find her. For me there’s hope in that. There’s hope that all of humanity, no matter what happens to us as a people, we can withstand.”