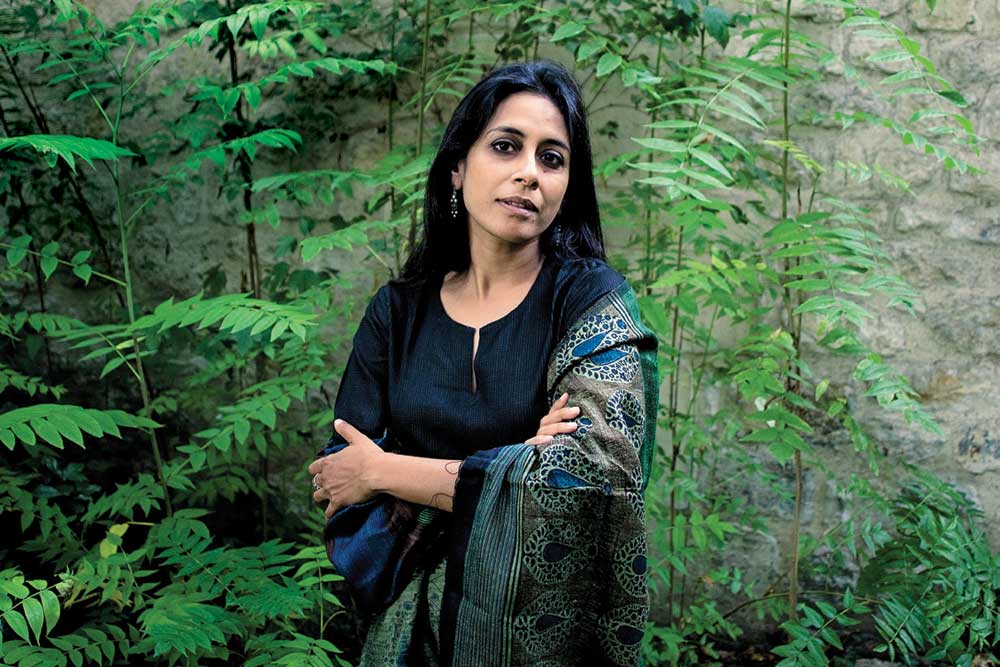 ALL THE LIVES We Never Lived, acclaimed novelist Anuradha Roy’s latest—and finest yet— book, is set for the most part in Muntazir, a quiet town with ‘the sense of hills nearby’. This description of the place would be apposite for the novel too. There are grand events that surround the principal action—the independence movement in the Subcontinent and World War II raging in Europe, its ripples felt as far away as British India and Dutch-held South-East Asia. Historical characters enter its pages with a jaunty naturalness: the Nobel Laureate Rabindranath Tagore; singer Begum Akhtar; dance scholar Beryl de Zoete; and one of the principal arbiters of the plot, Walter Spies, the German artist, curator and writer.

And yet, while the rumblings of great matters of state and grand trajectories of art loom close, they never encroach upon the quiet, luminous heart of the novel. That belongs almost entirely to its unassuming narrator, Myshkin Chand Rozario, now a 60-something retired horticulturist, who attempts to recount the story of his atypical life (while acknowledging the pitfalls of memory.)

Myshkin’s story begins with the unforgettable first lines: ‘In my childhood, I was known as the boy whose mother had run off with an Englishman. The man was in fact German, but in small-town India in those days, all white foreigners were largely thought of as British. This unconcern for accuracy annoyed my scholarly father even in circumstances as dire as losing his wife to another man.’

The central complication of the narrative is, thus, established early: the artistic Gayatri, as beautiful as she is tempestuous, trapped in a domestic set- up she cannot quite negotiate; the prim, idealistic Nek Chand, professor, patriot and closet tyrant; and the German, Spies, a charismatic eccentric, who Gayatri knew in faraway Southeast Asia well before she met her future husband, NC.

Named after Dostoevsky’s eponymous protagonist in The Idiot, Myshkin has spent the rest of his life, ever since his mother’s departure and the end of innocence as it were, in a simmering solitude, choosing the demure profession of a horticulturist. In 1992, when the novel opens, a mysterious padded envelope arrives in Muntazir from Vancouver, where Lisa McNally, his mother’s best friend had moved to—and Myshkin realises that the trigger is here, the floodgates of memory that had been left closed for decades, are going to open.

Announcing the narrative pivot in the beginning—Gayatri leaving her son and husband behind—can be a daring move. In the hands of a lesser craftsman, it can go awfully wrong, the rest of the novel trying and failing to replicate the high of the beginning. But Roy is a novelist at the peak of her prowess, and in this novel there is little she does wrong. Without ever allowing herself to slip into fourth gear, she steers Myshkin’s memories of his childhood—no doubt filtered through the stacked-up years—to reconstruct a past that draws the reader into an almost magical web.

The richly detailed re-creation of the 1930s provides literary heft to what would otherwise have been a beautifully told but ultimately predictable storyline around a George Eliotesque female protagonist, reminiscent in recent years of Laura Brown in Michael Cunningham’s The Hours. But All the Lives We Never Lived is also distinguished by a memorable cast of minor characters: Mukti Devi, the Gandhian exemplar, who provides a memorable contrast to the beautiful, sensuous Gayatri; Arjun Sinha, the landowner-lawyer, who lives next-door; ‘Batty’, Nek Chand’s liberal-minded doctor father.

Later in the novel, when a natural plateau appears in Myshkin’s telling, we hear Gayatri herself filling in missing details of her journey; her voice offers the perspective that her son, even at his forgiving old age, cannot. And, together, their testimonies, along with the jagged portraits of people caught in historical situations they cannot fathom, culminate in a novel which is refreshingly readable, yet filled with deep silences that only a second or third reading can open.

This is one of the best novels I have read of late, about the complex ramifications of the search for freedom. ‘What good will the great nation’s freedom do for me? Tell me that! Will it make me free?’ Gayatri shrieks at Nek Chand—and yet, its magnetic pull comes from its celebration, not of freedom itself, but (wo)man’s need to search for that elusive freedom and fail gloriously at the end.