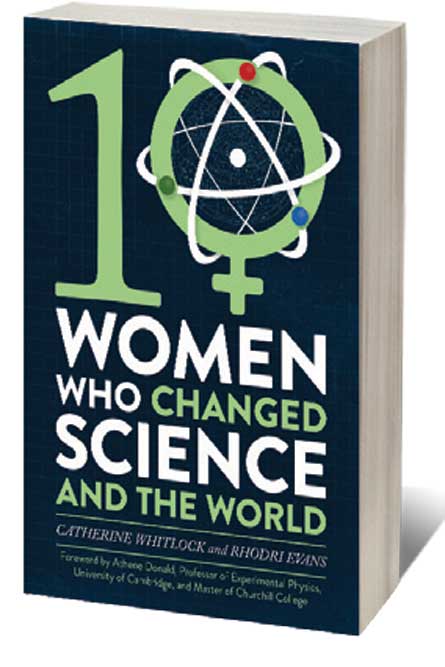 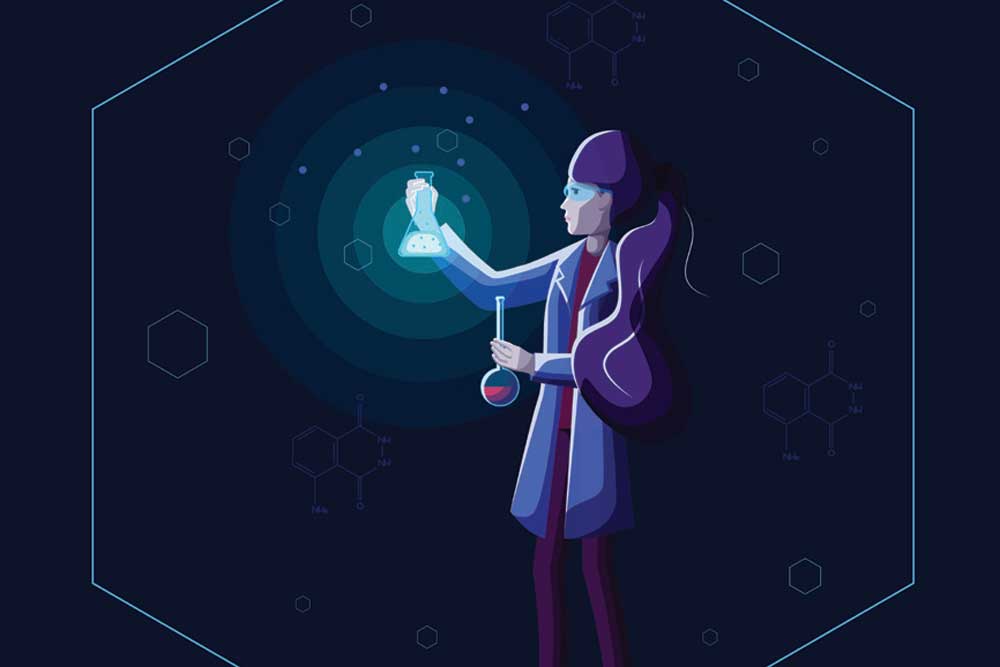 I AM A CYNICAL, 30-year-old woman in science, and these days, I find inspiration hard to come by. The more I learn about my childhood scientific heroes, the more they lose their shine. Most of these heroes were men, because of the simple fact that most scientists have been, and still are, men. I wonder if I’d feel differently— about being inspired, or about science itself—if 15-year-old me had read Ten Women Who Changed Science and the World. This book is written for people like 15-year-old me—people who love their science classes but have not quite realised that it’s possible for them to be scientists. I happened to read most of Ten Women late at night in my childhood bedroom, and the book transported me back to a simpler time when the natural world felt nothing but gigantic and endlessly fascinating.

A series of essays, each about the life and work of a woman scientist, Ten Women melds straightforward biography with clear explanations of scientific concepts. The subjects of this book include atomic physicists, biochemists, developmental biologists, astronomers, and more, all of whom were key figures in major scientific advances of the 20th century. The broad scope of this book is a definite plus—I came away from reading these essays feeling smarter, with a better understanding of the scientific foundations of our world today. I also came away feeling wide-eyed curious about all kinds of things—the structure of proteins, the patterns of light emitted by distant stars, the development of brains. I can’t remember the last time I felt this excited about so much of science—as a practicing scientist, I spend most of my days thinking much more narrowly and critically. For its capacity to engender such wonder, Ten Women is highly recommended, though I must add that its style would be best received by people already interested in science who are willing to look up terminology they may not understand.

But of course, Ten Women isn’t just about science, it’s also about the women doing science and the struggles they faced, because of the times they lived in and because they were women. Consider, for example, how Gertrude Elion, a trailblazer in the pharmaceutical industry, was denied admission into PhD programmes because she was ‘too pretty and would be a distraction to the men in the lab.’ Or how Dorothy Hodgkin, an X-ray crystallographer who calculated the structures of complex biological molecules, was expected to resign her research position after getting married, and was later described as a ‘housewife’ and ‘mother of three’ in the newspaper headlines reporting her Nobel prize win. For others, their legacy was influenced by other aspects of their identity as well— Lise Meitner’s pivotal role in the discovery of nuclear fission was almost certainly ignored by the scientific establishment not just because she was a woman but also because she was Jewish in Nazi Germany.

Ten Women gives you a matter-of-fact view of the immense obstacles that 20th- century women overcame to become scientists, but leaves you with little sense of how things may or may not be different today. I wish the authors had discussed sexism as a structural force in the last century and today—absent this, and I’d worry that young women readers may feel like they need to be superhuman to succeed in science. Pulling these threads of sexism across the ten essays would also have lent this book more coherence, ameliorating its disconnectedness and lack of overarching narrative.

But this isn’t a fatal flaw—I’d urge you to read Ten Women alongside the young people in your life, and then talk to them about what inspires them and what scares them about being a scientist.

Ambika Kamath
Ambika Kamath is a behavioural ecologist at the University of California, Santa Barbara