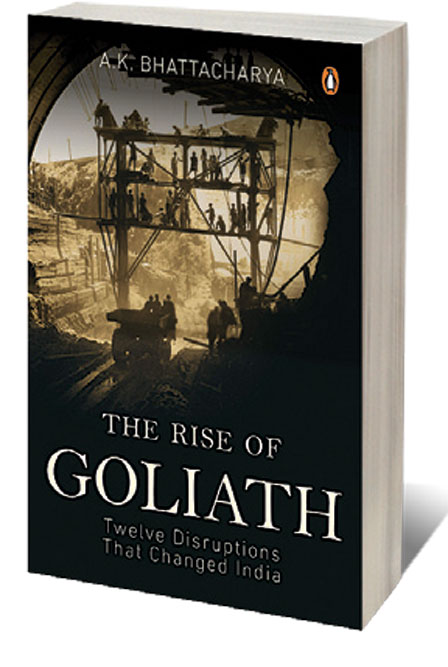 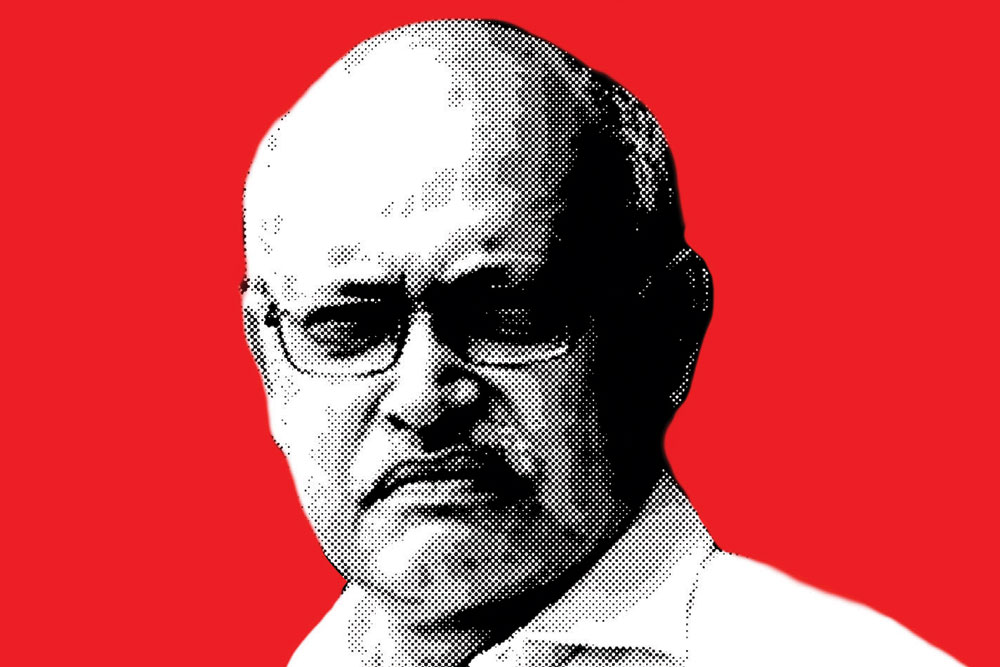 
“WHAT,” WONDERS Alice before she slides down the rabbit hole, “is the use of a book without pictures?” Equally might one ask, “What is the use of an economic history without tables, graphs or charts?” AK Bhattacharya (AKB, to his many friends and fans) shows in this admirably accessible book that such a miracle can be pulled off. Engagingly written, as befits a journalist of long repute, he has shown that even by eschewing technical jargon and promoting a free interplay between economics and politics, as in real life, it is entirely feasible to transform a potentially dull and dry subject addressed only to nerds into a page-turner.

Magisterially surveying the volatile trajectory of India’s growth story over the seven decades since Independence, right down to the elections of May, 2019, AKB portrays the twists and turns in economic policy essentially as responses to unforeseen or self-generated crises, more improvised than planned, and often caused by exogenous developments in the domestic or international politico-economic environment that could neither be anticipated nor are within the controllable ambit of governance. However, challenge is often—if not always—treated as opportunity and so India inexorably rises as a Goliath in the global economy. Hence the author’s decision to interpret the story as a dialectical process of action-reaction as the nation lurches from ‘disruption’ to ‘disruption’.

He sees 12 ‘disruptions’ as setting the course for this roller-coaster ride. Nandan Nilekani, in his blurb, uses the expression ‘transformational moments’ and I would call them ‘inflection points’, but let us continue to use the author’s preferred description. The 12 ‘disruptions’ and their consequences are summarised in the paragraphs that follow.

First, of course, is Partition, the price extracted from us by the departing Imperial Power for granting immediate Independence, which AKB describes as ‘India’s most violent and costly disruption’. Partition ‘meant less land per person in India and more land per person in Pakistan’ but ‘Pakistan was a clear loser as far as getting a decent share in the industries that existed in undivided India’. What I find inexplicable is AKB’s failure to mention even in passing the most disruptive post-Partition event—our cutting off nearly 98 percent of Pakistan’s global import-export trade which was with India—in retaliation for Pakistan’s somewhat eccentric decision to not devalue the Pakistan rupee when the sterling was massively devalued in September 1949, and India, as a member in good standing of the Sterling Area, devalued the Indian rupee. That ended the integration of the pan-South Asian economy and lost us both a huge market that neither of us has recovered.

Second, ‘statism’, the ‘New Economic Vision’ of the Nehruvian dispensation, based on evolving a ‘planned economy’ and validated by the first Five-Year Plan that AKB estimates ‘turned out to be a successful Plan’ that achieved ‘3.6 per cent annual growth’, but curiously he does not highlight the contrast with growth under colonial free enterprise which at that time was estimated at 0.72 percent per annum (but has since been revised upwards to 1.22 percent by the renowned Indian statistician, Sivasubramanian). Whatever the correct pre-Independence figure, the exponential raising of the trajectory of India’s growth story three-to-five fold deserves, in my view, less cursory treatment than AKB bestows on it.

Unfortunately, the Second Five-Year Plan shifted the focus from agriculture to industry, resulting in ‘a decline’ in ‘food production’, ‘cost estimates for all the heavy industrial projects’ going ‘awry’, and ‘large-scale imports to sustain the industrialization drive’ leading to severe foreign exchange shortage, besides ‘inflation rising by 30 percent’. AKB concludes that it was ‘only the crises in the late 1970s and the 1990s that led to a gradual dilution’ of ‘state-led industrialization’.

The third disruption was the ‘food crisis’ brought on by drought in 1965-66 that caused ‘a steep fall of about 19 percent’ in wheat output and ‘more worryingly’ a collapse in rice production ‘of just about 9 million tonnes’. AKB sees this as not just another climate calamity but as the ‘boomeranging’ of ‘treating agriculture only as an instrument of redistributing assets and resources through land reforms’. Yet, the upside of the agricultural crisis was Indira Gandhi prioritising Dr MS Swaminathan’s advocacy of productivity innovations as the key to what came to be called the ‘Green Revolution’. By 1972, it made India ‘surplus in wheat production to the tune of almost eight million tonnes’.

The fourth, and virtually co-terminus disruption arose from what Indira Gandhi labelled, ‘Public ownership and control of the commanding heights of (the) national economy and of its strategic sectors (as) essential aspects of the new social order which we are trying to build’. These are perhaps the most riveting chapters in the book as AKB recalls the fascinating interplay of economic and political compulsions, and the personality factor, in so many of the decisions taken, including the amazing risks Indira Gandhi took in splitting the party and going for early elections in the midst of a ‘Nationalization Spree’ that only intensified after she won the 1971 election with a staggering two-thirds majority.

I must record my regret with AKB for failing to identify the most important disruption of all which was India being engaged almost continuously in military conflict for the entire decade from 1961 to 1971, including one war with China and two with Pakistan, that had far more deleterious consequences for India’s growth story than the usual right-wing rant of the ‘Hindu rate of growth’.

The war that led to the liberation of Bangladesh left the Indian economy in dire straits, compounded by drought in 1972 followed the following year by the biggest ‘disruptor’ of them all—the OPEC-engineered ‘oil shock of 1973’. The economic turmoil that followed had one silver lining—the discovery and exploitation of Bombay High—that inured us from the many subsequent oil shocks that have followed for half a century but, tragically, never induced us to consistently follow a global oil exploration policy that could, in my view as a former petroleum minister, have long brought about a ‘Green Revolution’ (a Revolution in Black Gold, if you will) if only it was persisted with the consistency and determination that Indira Gandhi pursued Borlaug/Swaminathan’s technological leads.

The next ‘disruption’ was the aberration of the Emergency that ‘had its roots in the woes of the Indian economy that began with the oil shock of 1973’. But, in the long perspective of history, it was a short-lived disruption, just 20 months, and I think AKB makes a big mistake in jumping over the 15 years of Indira Gandhi’s second coming and the Rajiv Gandhi period, which saw the green shoots of democratic and economic revival, and made possible AKB’s favourite ‘disruption’, the Rao/Manmohan Singh reforms of 1991. After all, the only time ever that India’s economy breached the double-digit mark was in 1988-89 (10.67 percent), which raised the bar to a level never since attained, principally as a result of Rajiv’s determined efforts at ‘drought-proofing’.

The reforms story is a twice-told tale and includes the telecom revolution and financial sector reforms, which AKB recounts and analyses at length, and therefore need not detain us in this short review. I would, however, urge the reader to refresh his/her memory of these gigantic developments and the enduring consequences—largely positive but some disturbingly negative—that continue to be with us. Liberalisation has certainly bred its ‘discontents’.

Demonetisation and GST take up a third of the book. The only ‘disruption’ that AKB finds wholly negative, with little redemptive about it, is the demonetisation of 86 percent of our currency undertaken on 8 November 2016. Whatever little by way of positives arose from this wholly destructive disruption, such as increased digitisation, could easily have been achieved by other means. AKB ‘s principal forensic finding is that demonetisation was not a sudden, impulsive move but had long been in highly secret preparation with none but the very top echelon aware of the intermeshing of all the preparations being set afoot. Nevertheless, everything that could go wrong went wrong—except politically where, for some time, the Prime Minister was able to sustain the myth of having dealt a death-blow to black money and terror financing. The story is now wearing thin even in public perception as the disastrous consequences of demonetisation become pervasive, including the slowing of the economy to the ‘Hindu rate of growth’. What an irony!

As for GST, while lauding the scheme and regretting the long delay in rolling it out, AKB points an accusing finger at its ‘design flaws and imperfections’ that have rendered the Indian GST ‘a mix of some pluses and many minuses’. That assessment is of a piece with the Wisdom of Solomon, which brings me to my final point, ‘Why Goliath’? Obviously because AKB foresees the Indian economy’s inevitable rise as a giant in the global economy—but he must know that in the Old Testament story Goliath is slain by little David, King of the Jews. Is AKB telling us that India will rise only to eventually fall?