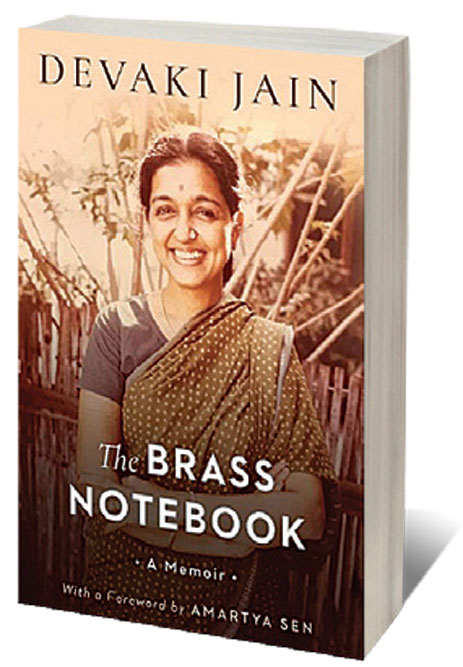 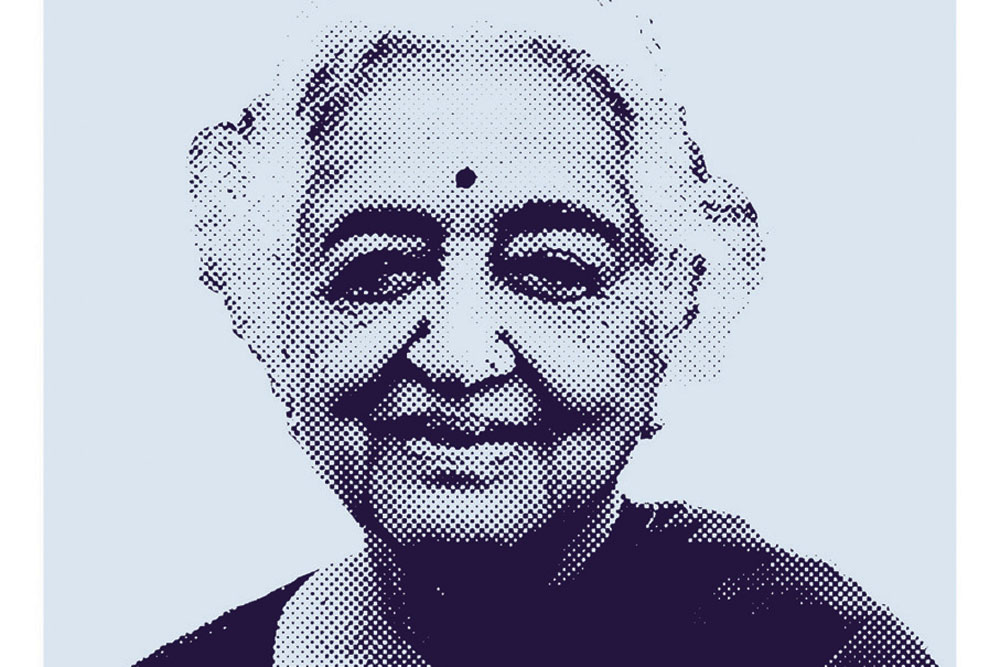 
INDIA’S INDEPENDENCE movement and the birth of a free nation were amongst the most significant and historic events of the 20th century. The Indian landscape at the time was filled with revolutionary and original leaders such as Gandhi and Nehru.

Devaki Jain modestly anticipates at the outset that her story may be too insignificant. ‘I was more like an ant’ and there were several individuals who were like a tiger or a storm. But as one reads The Brass Notebook: A Memoir it seems that Jain’s free spirit and her extraordinary personal story capture the sense of freedom that was in the air at the time.

The author was born in 1933 in a traditional Brahmin family from south India. It speaks for her bold and courageous personality that she went on to study and work in different parts of the world, all by herself. She came to be a renowned economist and feminist intellectual and leader. She married another free-spirited and committed pioneer in the Indian cooperative movement, Lakshmichand, who came from an orthodox north Indian Jain family. Hers is a unique journey of lived freedoms, humanism and feminism. She beautifully sums up her lived realities thus: ‘Looking back, I am convinced that freedom, or emancipation from bonds, comes from fighting for freedom, which in itself is the affirmation of freedom.’

There are anecdotes from the author’s diary which can be true for many Indian girls. Parental controls, taboos around menstruation, burden of patriarchal customs, molestation by a close relative, desire to study further, wanting to run away from an arranged marriage—these are all true even today for crores of Indian girls. The author was 14 years old when India gained independence and she got deeply politicised by the assassination of Mahatma Gandhi. Her father knew Gandhi and had met him on January 29th, 1948, the day before he was assassinated. Jain continued to discover Gandhi by attending meetings and interacting with volunteers in Wardha and other places. She came to appreciate Gandhi’s idea of ‘second freedom’ from poverty and deprivation. Her meetings with idealistic young volunteers and encounters with those living in poverty made her empathetic to the cause of humanity and justice.

Against several odds, the author goes on to study in England where she discovers true freedom in her personal life. She enrolls for various courses, makes friends, deciphers the world and discovers herself and fellow human beings. Ruskin College’s deep association with labour issues and anti-colonialism leave an indelible mark on young Devaki. She gets deeply interested in trade unionism and global politics even as she continues to enjoy her personal freedom hitchhiking alone from Oxford to Edinburgh in a sari!

Back home in India, the author engages meaningfully with Minoo Masani to work out ‘the Democratic Alternative’, an economic path to alleviating poverty and other ills afflicting society. She gets deeper into the search for socio-economic solutions. She teaches at Delhi’s Miranda House college, meets some of the best minds of the time, including Amartya Sen. She joins the Indian Cooperative Union in Delhi and works for making a difference in the lives of ordinary Indians, particularly women. Devaki Jain is a pioneer feminist and equally a pioneer development economist. She is credited with putting women and gender-based realities at the centre of economic policy not just in India but globally at the UN and other policy bodies. She is among the early feminists of our century to whom millions of women and men look up for inspiration and guidance. She made friends with Fatima Mernissi, Gloria Steinem, Alice Walker, Desmond Tutu and other social revolutionaries who all strived for a fairer and more just world order.

The book is very engaging. It is interspersed with the personal and the political. The author is not afraid to write about love, sexuality and sexual freedoms enjoyed by a woman. It is one of the most fascinating, candid and inspiring accounts of an extraordinarily courageous woman’s epic life. It is a must read for all who love freedom and who want to live life on their own terms. It is equally a must read for all who empathise with fellow humans and their predicaments.