Neither Polemical nor Prejudicial

A dispassionate and scholarly depiction of the origins, ideology and politics of the RSS 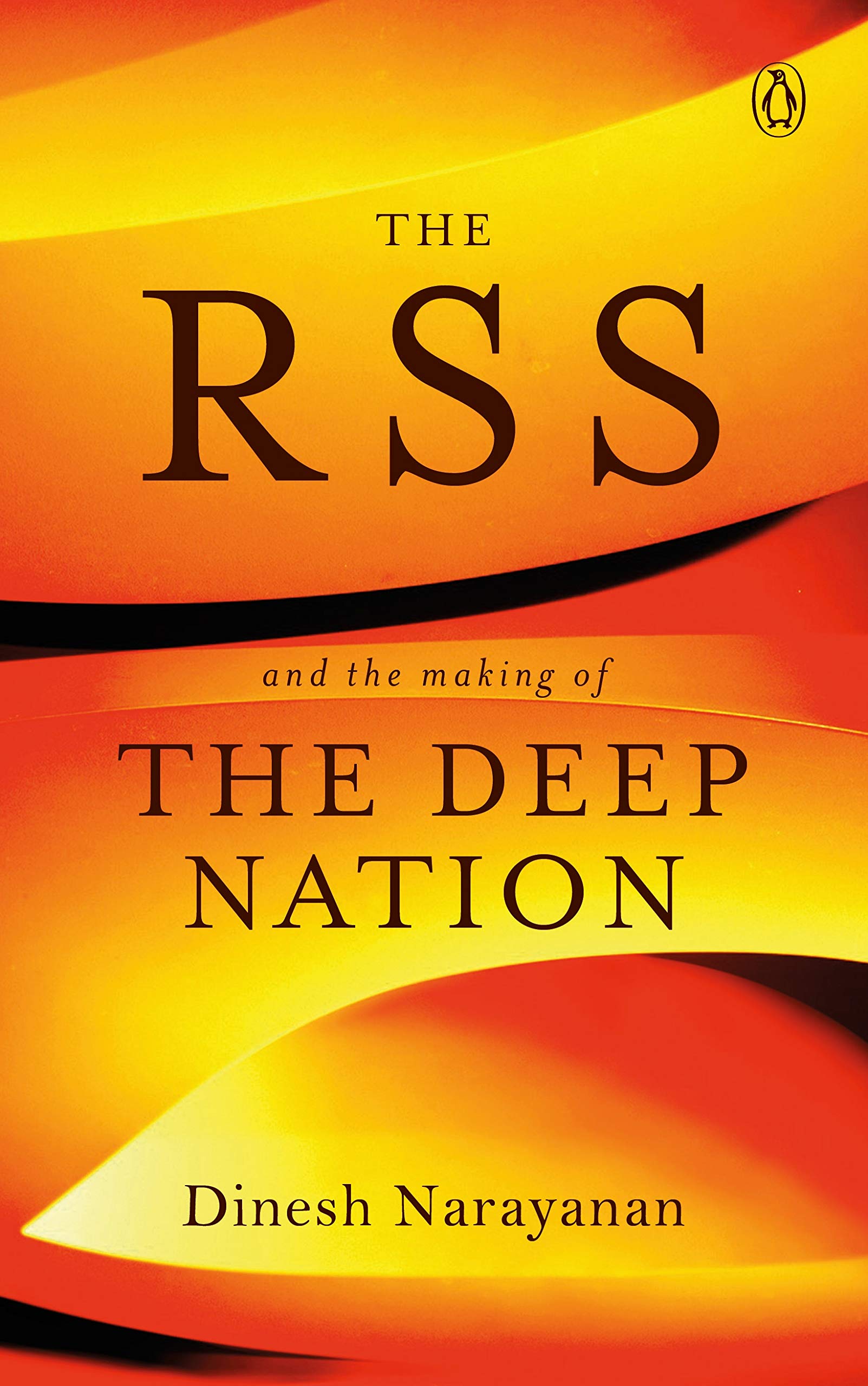 The RSS: And the Making of the Deep Nation Dinesh Narayanan
Viking
344 pages | Rs 599 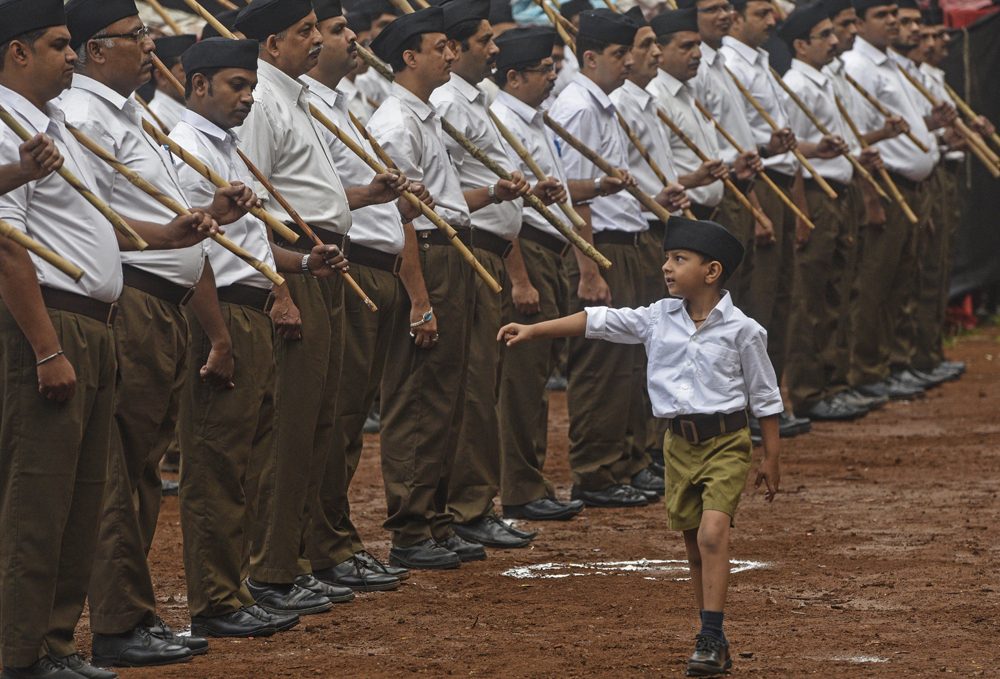 As the RSS is a precious commodity these days, we witness a publication pandemic on the Sangh and Hindutva, of all genres—casual to cautious, propagandist to defamatory—and by authors of all persuasions—academics, journalists, amateurs, pamphleteers, Sangh loyalists and Sangh baiters. In this crowded bazar, Dinesh Narayanan offers a commendable and well-researched monograph with deep insight, objectivity, clarity and lucidity. Reflecting on critical scholarly works, meticulously accessing original Sangh sources, even those not in the public domain, and conducting interviews with Sangh hierarchy at various levels, from Mohan Bhagwat down to a swayamsevak in Kannur, and also with Savarkarites to Marxists, he builds an authoritative narrative without being polemical and prejudicial. A rare feat indeed!

The book is distinct in many ways. First, walking on a tightrope keeping equidistance between pro-Sangh and anti-Sangh narratives, but not shying away to express his own views in a modest manner, Narayanan attempts a dispassionate depiction of the origins, evolution, ideology, strategy and politics of the RSS. For instance, Ram Guha’s charge on the RSS for appropriating Ambedkar and Gandhi is followed by veteran RSS ideologue MG Vaidya’s counterpoints.  Similarly, in the chapter on ‘War of Ideologies’ which deals with the long history and politics of violence in Kerala involving the CPM and the RSS, he presents both versions objectively. Second, the author has recovered some interesting facts and anecdotes from obscurity. For example, ‘Father of the While Revolution in India’ Verghese Kurien’s account of Golwalkar unravels the latter’s personality and the objective of the 1966 Cow Protection agitation; Golwalkar said: “… I’m not a fool, I’m not a fanatic. I’m just cold-blooded about this. I want to use the cow to bring out our Indianness…” Another account reveals how Deendayal Upadhyay’s Integral Humanism (1965) was inspired by Badrishah Tuldaria’s Daishik Shastra (1921). He also refers to the secret rapprochement between the RSS and the CPM leaders to end bloodshed in Kerala, which unfortunately broke down. Also Sudarshan’s interesting encounter with Deepa Mehta, the director of the film Water, and asking her to change the name of a character as it hurt Hindu sentiment. Thus, the author’s strong grip over sources and subjects allows him to creatively weave history, ideas, events, actors, anecdotes and agencies to produce a holistic narrative of the RSS.

The RSS started with just five persons in 1925 with a simple idea that ‘India is a Hindu nation’. KB Hedgewar, the founder, envisioned that one day his swayamsevaks  ‘would embed themselves in all walks of life, forming something like an artificial neural network in the nation. Eventually, the entire country would respond to its neural stimuli.’ This in Sangh lexicon would be Hindu Nation’s ‘Param Vaibhav’ (Pinnacle of glory). Is India inching towards this?  The hegemonic presence of the RSS perhaps gives this signal.

The phenomenal growth of the RSS has been possible primarily because of an ingenious interplay of ideology and practice, which was aided by the utter bankruptcy of liberal secularism and the attraction of  ‘the new wave of fangs-bared nationalism and nativism sweeping across the world.’ But the credit goes to a collective endeavour carried out by Sarsanghchalak (RSS chiefs)—from Hedgewar to Bhagwat, thousands of dedicated pracharaks (organisers) and millions of disciplined Swayamsevaks. Though each chief followed the same goal, they differed in their orientations and  strategies. Hedgewar was political, Golwalkar’s thrust was cultural, and Deoras’ was socio-political. For  Bhagwat, ‘politics is the means of choice for the RSS.’

Bhagwat repositioned the RSS from ‘a socio-political organization to a politico-social one.’ Thus, Modi, a ‘quintessential swayamsevak’ and ‘every bit a Hindu nationalist’ became the ideal choice for the Sangh to lead the nation. The Bhagwat-Modi pact carried out a mission to recast the  nation ‘on the lines of  ‘a rigid majoritarian nationalism”. While theVajpayee regime was decidedly anti-RSS, Modi-RSS  bonhomie became evident with the execution of  the Sangh agenda to perfection: Ram Mandir and Kashmir to Triple Talaq to Citizenship Act. Bhagwat obviously vetoes the frail voices in the Sangh who raise  alarm over Modi’s personality cult, self-promotion, individualistic orientation and authoritarianism. And he even proposes to relook some elements of Golwalkarian construction.

The RSS implements its Hindutva agenda through a well-knit pracharak system, which constitutes the bedrock of the organisation. Modi, a pracahrak, is at the helm today; there are thousands others. A glimpse of a Sangh pracharak, Champat Rai, the general secretary of the recently constituted Ram Mandir Trust, would help illustrate this. Rai, with a Master’s degree in physics, dedicated his life to the Sangh. Being deputed to work for the VHP in the Ram Janmabhoomi movement, he lived in Ayodhya,  coordinated mobilisation and legal works since mid the 1980s with great dedication and competence. An unassuming Rai has a thorough knowledge of Ayodhya’s history, topography, communities and has a clear road map for the Ram temple. The RSS has chosen the right man for the job. Late Nanaji Deshmukh, a veteran pracharak, who served in UP in the 1940s and 1950s, ensured uninterrupted recitals of bhajans at the disputed mosque, which perhaps kept the Hindu claim over the site alive. Present pracharaks like Kishan Gopal and Ram Madhav, to name a few,  have demonstrated their skill and competence in shaping the RSS-BJP architecture.

Finally, though the title uses the making of a ‘deep nation’, the text leads towards  the making of a ‘deep state’ as well. The discourse and reality of the ‘Deep State’, which emerged in Turkey, conveys multiple meanings,  representing  different types of political regimes ranging from democracy to autocracy. Sometimes it manifests in the polities that are in the ‘gray zone’ between authoritarian regimes and liberal democracies. Quoting Orwell, Narayanan mentions that nationalism is inseparable from the desire for power and  also says that Balasaheb Deoras was clear that power was an essential requirement for the RSS to achieve what it set out to do. Hence, the deep nation project of the RSS cannot be disentangled from the deep-state project. The Sangh-Surya Foundation project to prepare volunteers for political work, the launching of  Samkalp to  train nationalist bureaucrats and setting up the RSS military school to supply recruits to the defence forces are some manifestations. While for the critics the ‘deep nation’ may be an evil force, for the Sangh Parivar, it is effervescence of  Hindu nationalism and Hindu pride.  In the midst of this divide, Dinesh Narayanan’s work certainly gives us a deeper understanding of the RSS.