The greening of Indira Gandhi 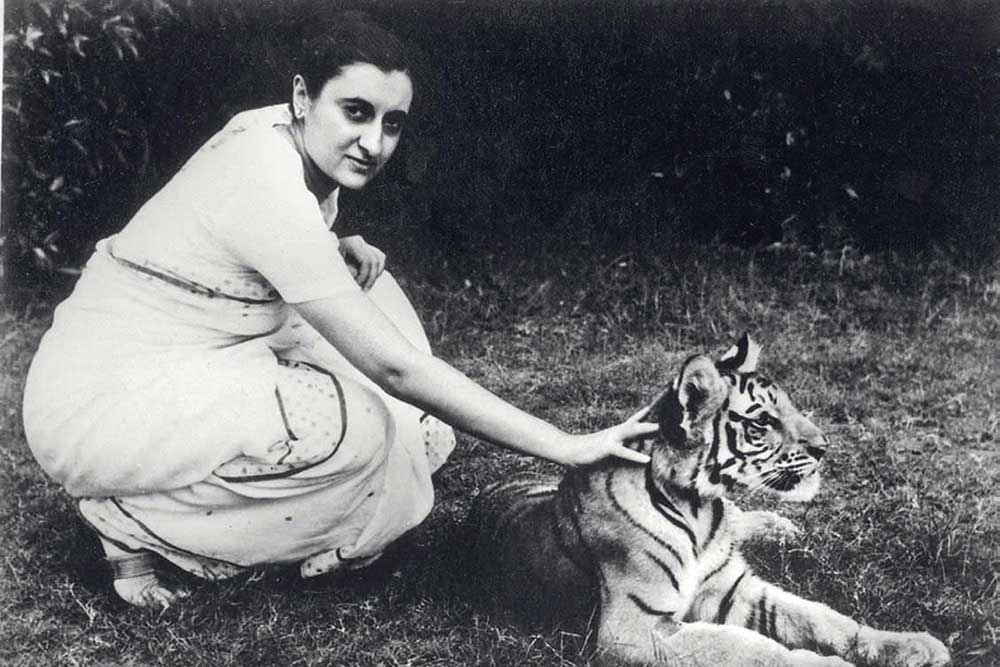 IN THE CENTENARY year of her birth, slain Prime Minister Indira Gandhi gets a romantic makeover from former Union Minster for Environment and fellow Congress member Jairam Ramesh. Quoting from recently declassified documents and a plethora of letters, reports and speeches, Indira Gandhi: A Life in Nature sheds important new light on Indira’s love for the natural world and her passionate pursuit of some of India’s most successful conservation efforts.

While her Project Tiger initiative is internationally lauded, Indira was also responsible for less high-profile schemes for saving crocodiles, lions, hanguls, cranes, bustards, flamingos, deer and other endangered species living in protected habitats she lobbied to create. Ramesh justifies his narrow focus on this single aspect of her personality in his biography saying, ‘A naturalist is who Indira Gandhi really was, who she thought she was… She almost single-handedly pushed through two laws—one for the protection of wildlife and another for the conservation of forests, which continue to hold sway. Today’s laws for dealing with water and air pollution were enacted during her tenure.’ So is the preservation of the Andaman Sea islands, the rain forests of the Northeast and Silent Valley in Kerala, arguably the world’s oldest rain forest. Her correspondence with unsympathetic chief ministers on development-versus -environment issues shows she was prescient about climate change by several decades and pragmatic in trying to lessen the environmental impact of much needed dams and highways, though she didn’t always succeed.

The book is full of anecdotes that soften the image of the Iron Lady who imposed the Emergency on a witless opposition, dismembered Pakistan and ruthlessly dealt with those who challenged her authority. While history documents this, it doesn’t tell us Indira could write paeans on the call of a bird, the beauty of a mountain, a flowering chinar tree and a variety of flora and fauna she could identify by their zoological names. She found early solace in nature when her mother was recuperating and her father jailed. “I have had the good fortune of growing up with a sense of kinship with nature in all its manifestations. Birds, plants, stones were companions and, sleeping under a star-strewn sky, I became familiar with the names and movements of the constellations,” she said in her 1972 speech at the UN Conference on the Human Environment at Stockholm.

Indira was held in high regard by international environmental organisations like the International Union for Conservation of Nature and she often reached out to international experts in her efforts to protect the country’s natural wealth. Among the many environmentalists she corresponded with, a favourite was India’s grand old man of birds Salim Ali with whom she also shared ideas on introducing environmental issues in the Congress party manifesto.

Ramesh’s book fills out a complex personality in vibrant shades of green who left behind a rich, if mixed, environmental legacy. We learn, for instance, that Indira would juggle her packed schedule to spend hours designing the bowers in Delhi’s Nehru Park and was terribly distressed receiving a tiger skin as a gift from the erstwhile Maharaja of Rewa. On the other hand, she failed to stop the expansion of the fertiliser factory in Chembur, Mumbai, despite warnings that it would become a gas chamber.

Ramesh traces the development of the Ministry of Environment that he was to head one day in this chronological account of Indira’s ‘life in nature’. It would have pleased her; not least because he defends her against critics as in this letter she wrote to her grandson: ‘Because I was not talkative, some thought I was stupid or uninteresting. The reason for not talking was actually shyness. Also I had very definite views of my own, so either I had to get into an argument or was considered peculiar!’

Whatever we may think of her as a politician, this book presents a very human Indira. Long before Indira stormed the Golden Temple, for instance, we admire her grit as a young girl on an arduous five- day trek accompanying Nehru to Paro in Bhutan from Sikkim via Tibet. She climbed to dizzying altitudes of 14,000-15,500 feet with never a complaint. Mountaineering was also a passion, and when her life was cut short at the hands of her guards, her ashes were scattered on her beloved Himalayas as she completed her tryst with nature.