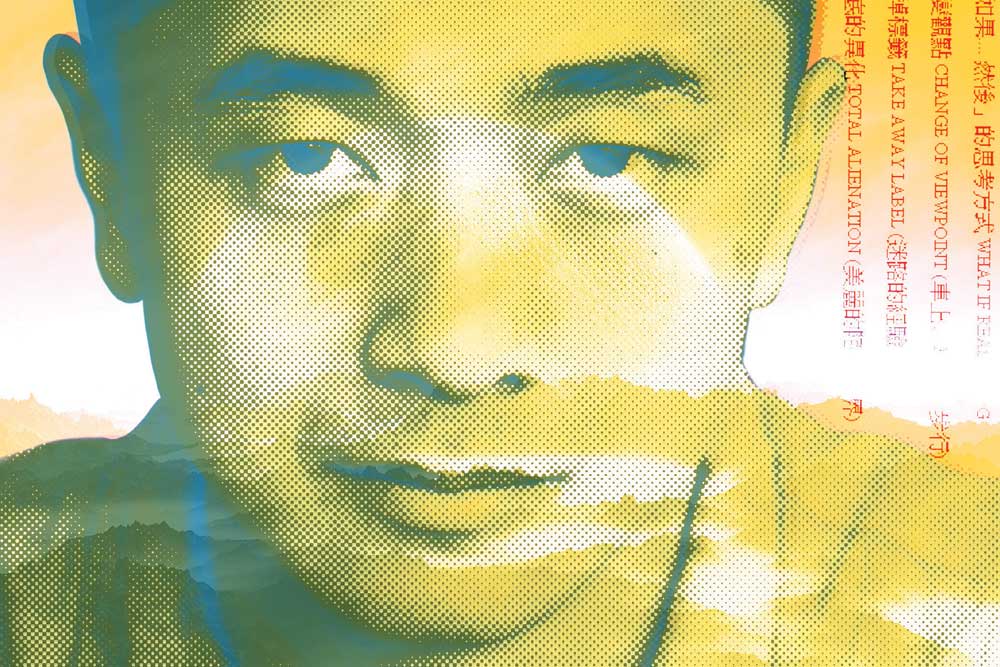 EVERY REVIEWER IS always thrilled to handle a short-story collection. Unlike a novel, an antho allows oblique angles of attack; start with any story one likes, move on to the next if it seems unpromising. Throw in the cliché ‘an anthology is as strong as the weakest story’, and you are set. Also, bibliophiles tend to be completists, and enjoy making lists with neat tick marks on what stories work and what don’t.

Ken Liu’s The Paper Menagerie is a kind of ‘greatest hits’ collection of his stories, which have scooped up scads of awards for science-fiction and fantasy. Liu is a Chinese-born American and progenitor of what he calls ‘silkpunk’, a fantasy subgenre based on an East Asian substrate, rather than the Northern European medievalia which has been the staple from Lord of the Rings to Game of Thrones. As he explained in an interview about The Grace of Kings, “My novel is filled with technologies like soaring battle kites that lift duelists into the air, bamboo-and-silk airships propelled by giant feathered oars, underwater boats that swim like whales driven by primitive steam engines, and tunnel-digging machines enhanced with herbal lore.”

Science-fiction is a genre that does not admit any mitigation of imagination, and Liu is highly fluent in this language of ideas. The scope of the stories give full play to his powers. These tales are to be read with your smartphone by your side, firing up Wikipedia to chase down intriguing side-lanes and picking up background information that’ll enable you to appreciate them better.

In The Paper Menagerie, Liu delights in unusual juxtapositions using figures from Chinese myths. In ‘All the Flavours’, the Chinese god of war fights injustice in 19th-century frontier America in the grips of a gold rush, with food, racism and cultural clashes thrown into the mix. ‘The Litigation Master and the Monkey King’ throws us into the fascinating world of the ‘Plaintmasters’, village lawyers who use their street smarts in protecting clients from rapacious merchants and corrupt judges.

In ‘Mono No Aware’, a character explains ‘we are all ephemeral patterns destined to eventually fade, whether in a second or an eon’. This transience is amplified by its setting—a spaceship escaping a destroyed earth with the only surviving group of humans. The protagonist struggles with the awe-inspiring burden of being the last Japanese left in the universe. As the ship sails into the sea beyond the stars, the unscrolling night is pierced with haikus from Basho. The craft itself is a thing of wonder, powered by a light-sail, pushed by the radiation pressure generated by photons streaming out of the sun—a spaceship that is as much a poem as it is a feat of engineering.

A strain of melancholia runs through many of the stories, with characters lamenting lost loves, years gone and lands they can never return to. Liu later says ‘the universe is full of echoes and shadows, the afterimages and last words of dead civilizations that have lost the struggle against entropy’.

Liu was also the translator of Liu Cixin’s The Three-Body Problem, which won the Hugo award in 2015 and is the standout science-fiction novel of the last decade. Hao Jingfang’s Folding Beijing won the Hugo for best novella last year. One could, at a remove, include Ted Chiang, an American with Taiwanese origins (The Arrival was adapted from his novella) and arguably the best writer in English now in any genre. Is there a Chinese surge in SF?

While Indians have turned inwards, the Chinese look to the stars. They have created an incubator which brings Sci-Fi writers, entrepreneurs and venture capitalists together

It shouldn’t be a surprise. Science-fiction is the discourse of dominant cultures. Writers in every culture on the ascendant produces material in this genre. The pyramids of the Pharaohs were carved into uncreated blocks of future time. Similarly, science-fiction is an attempt to extend today’s empire into tomorrow.

Jules Verne’s novels took a Europe in the throes of the industrial revolution by storm. HG Wells’ The War of the Worlds showed the Victorians that a ‘superior’ culture from Mars might well do unto them what they were doing to the civilisations of Africa and India.

Even as the sun set on the British Empire, such ‘pulps’ swept America. At times these gaudy pages could barely keep up with the spacecraft racing outwards to the Moon and beyond. As the American post- world order slowly unravels, it is China’s turn. Shouldn’t it also be India’s hour?

India doesn’t have a sci-fi orientation because our future is also the past. We locate the impulse of our civilisational energies in the past, be it Baahubali or Meluha. Our future is seen merely as a return to this, a Vedicpunk of cow-urine fuelled starships. Progress is defined as a return to what was, rather than an exploration of what will be.

In a recent book on the philosophical implications of the end of the world, the authors quote Lévi-Strauss, who said, “Science, which started out by separating itself from myth around three thousand years ago, will eventually encounter it once again at the end.” In the modern Hindu imagination, this cannot happen too soon.

While Indians have turned inwards, the Chinese look to the stars. Showing their five-year plan fuelled foresight, they have already put together a ‘Bureau of Future Affairs’, an incubator which brings science-fiction writers, entrepreneurs and venture capitalists together.

They have even banned time-travel stories in television and film—after all, every time travel story is a critique of the present. The reasoning is that such chrono-centric tales have ‘monstrous and weird plots’ and, more importantly, ‘casually make up myths’. Casually- Made-up-Myths is in fact the central Indian genre today.

In the one time-travel story in this collection, ‘The Man who ended History: A Documentary’, Liu brings together all these strands with great skill. First there is the virtuosity in the format, which is supposedly the script for a documentary on a Dr Evan Wei, complete with interview transcripts. Dr Wei’s wife has invented a kind of ‘time-camera’ where you can visit and witness the past like a ghost. Through an ingenious bit of explanation featuring subatomic entities and quantum entanglements, a kind of ‘history particle’ is detected. However, each viewing is unique. When you see a particular slice of the past you also destroy it, setting up a fascinating dilemma. The story is centred around the atrocities committed by Unit 731, a Japanese biological warfare programme which killed nearly half a million Chinese in the most brutal way possible—Liu’s stomach-turning glimpse include vivisecting women and children without anaesthesia. The protagonist wants to shake people out of their apathy by this experience of bearing witness. The main character seeks to ‘free the past from the present so that history could not be ignored, put out of our minds, or made to serve the needs of the present.’ However, there is a catch. Each viewing is possible only once, as the very act erases the particles—this soon sets up legal battles over who owns the past, and ultimately, who owns memory.

The journalist-turned Future Affairs Administrator Ji Shaoting has declared, “Chinese sci-fi will definitely go global with the increasing influence of (our) country, which is inevitable. The question is, should we take the lead in developing the global sci-fi scene instead of the US and carve out a way to revitalise it?” Liu’s silkpunk is an example, a deep manipulation of the very DNA of fantasy and science-fiction to go beyond the same old Northern European tropes and modes. “The silkpunk technology vocabulary is based on organic materials historically important to East Asia (bamboo, paper, silk) and seafaring cultures of the Pacific (coconut, feathers, coral), and the technology grammar follows biomechanical principles… the overall aesthetic is one of suppleness and flexibility.”

Unlike Indians, the Chinese know that if a society cannot imagine the future, they will lose the present.