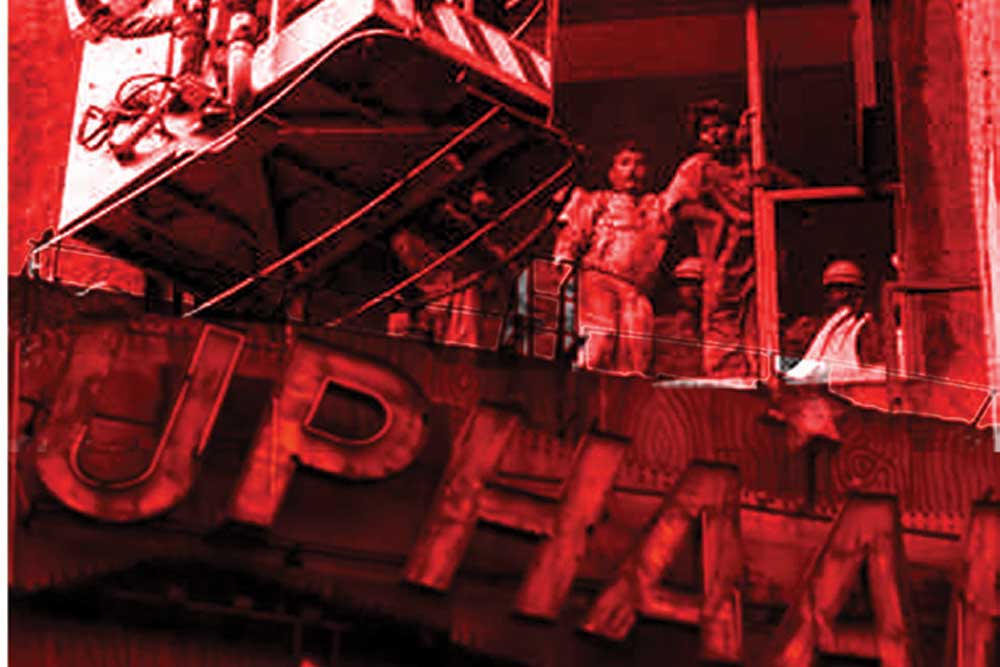 BESIDES AFFIXING responsibility and securing justice for victims, the legal proceedings that follow a non-natural disaster are also expected to contribute to public memory. We expect to learn from them. What could we have done to reduce the extent of loss? How can we modify behaviour so that we are better prepared for the next such incident? Cinema viewing in the national capital has largely moved into safer multiplexes, but risks of fire and panic that lurk in the interlocking alleys of Hauz Khas Village are a grim reminder of how civil and criminal proceedings that followed the Uphaar cinema fire tragedy of 1997 have fallen short. Neelam and Shekhar Krishnamoorthy’s Trial By Fire is a detailed and personal account of this failure. With meticulous yet readable descriptions of both sets of proceedings, and a brief record of the evidence and arguments placed before the courts, this book is valuable to both casual observers and students of the Indian legal system.

The book could have benefited from sharper editing, particularly as the authors try, through repetition, to convey their grief at losing their children in the tragedy. While a chronological account of the legal proceedings would have sufficed to indict our insensitive justice system, this book also successfully captures the lonely struggle of the public-spirited litigant in the face of public apathy, suspicions of political interference, and judicial and bureaucratic ineptitude. At each stage of the proceedings, they are questioned about their motives and presented with the alternative of a peaceful but unjust settlement. They are also forced to repeatedly reopen wounds, the endless legal proceedings a constant reminder of the last horrifying moments of their children’s lives.

As representatives of the victims in the criminal trial, the Krishnamoorthys had to jostle for space in the courtrooms— a metaphor for their initial struggle to even comprehend what was happening. When the Delhi High Court found that the writ petition brought by an association of the victims of the tragedy was maintainable, the Court also required the association to pay the expenses of the commission that would inquire into its causes. The occasion should have brought relief. Instead, they were left pondering ‘the injustices embedded so deeply in the legal system, which permit grieving victims to be pushed against the wall even in the face of immense personal tragedy’. As it documents one hurdle after another over 19 years, we are reminded of how elusive justice is in India. While the book does not explicitly call them to attention, the victims of the Bhopal gas tragedy, who continue their struggle for justice today, are never far from readers’ minds.

The Supreme Court also let them down more than once, reducing the compensation in the civil proceedings to a laughable amount—not only in comparison to amounts awarded in similar cases of avoidable disaster in more developed jurisdictions—but also in Indian cases where judges were at the receiving end of some wrongful act. When convictions in the criminal trial were appealed before the Court, the Ansals, who owned the cinema hall, were permitted to walk away from imprisonment by paying money, an order that critics likened to restitution through ‘blood money’, a practice that, while prevalent in some legal systems, is abhorrent to India’s.

The real villain of the tragedy, where 57 died and 103 were seriously injured, was more banal than the owners and the management of the hall flouting safety regulations for private gain. It is the Indian habit of regularising exceptional illegality, often through accumulated bureaucratic procedure. This case was an opportunity to be rid of it. The convictions in the criminal trial, not only of the owners and employees of Uphaar cinema, but also of government employees who turned a blind eye to illegality, may yet prove to be the decisive blow. The Krishnamoorthys fought a battle that they had lost even before it began, and at each stage of the legal proceedings, they grew more familiar with the turf. This account of it may not leave us safer or better prepared to deal with the next such tragedy, but its victims, who will continue to approach India’s courts for some mirage of justice, can perhaps use it to face up to the punishment that awaits them.