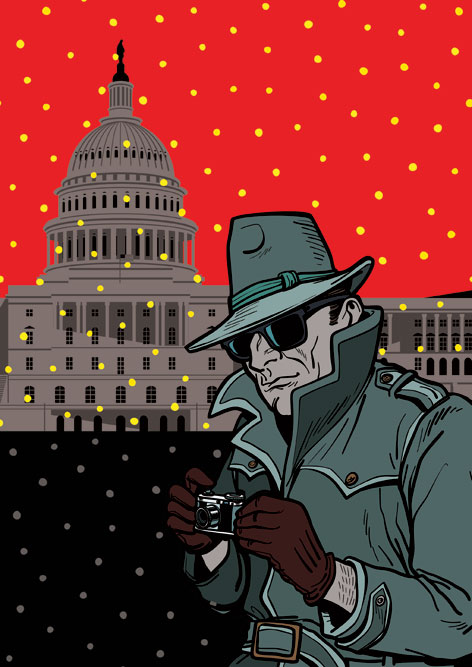 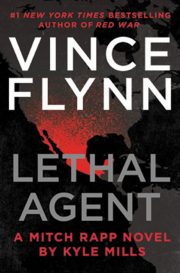 The story opens with a botched attempt by ex-CIA, now private operative Mitch Rapp to kill the new leader of ISIS. Wounded and angry, Sayid Halabi crawls off to launch an unconventional attack on the US involving not armies but viruses. The fast-moving, indestructible Flynn who has a Houdini-like ability to get out of impossible situations has to battle treachery from within. A Mexican cartel run by another psychopath (which is a bit of a caricature) hired by ISIS to transport the weapon of mass destruction (anthrax) botches the assignment the first time. But that, it turns out, is part of the master plan. The real weapon of the ISIS leader is a pandemic, YARS, which will finish off the American people. Unless Rapp can protect them. After Vince Flynn’s death in 2013, Kyle Mills took over the writing of the Mitch Rapp series. Mills is a good storyteller in the tradition of Frederick Forsyth, who maintains a balance between fictional ‘what if’ elements and the reportage about the international security threats posed by ISIS and the drug mafia. The pace never slackens, neither does the cavalier attitude of Washington toward vulnerable people in Yemen, Somalia and the US-Mexican border. However, unlike Forsyth who has the ability to create nuanced characters, Mills unfortunately prefers stark binaries. But all in all, a satisfying pandemic read. 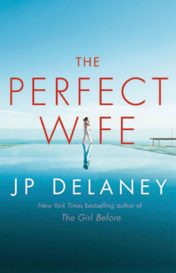 Perfection needs control; love needs the opposite: autonomy. Can you control those you love and still call it love? That’s the question JP Delaney asks in The Perfect Wife. The story is a Stepford Wives redux where the enemy is not an alien from outer space but manmade artificial intelligence. Tim is a robotics genius whose company creates shopbots, robot shop assistants. He creates Abby, an empathetic robot whose memories are those of his dead wife, Abby. The book begins with Abby waking up in the hospital and being told she is a robot, that Tim is her husband and she has a young son, Daniel who is autistic. We see the story from two points of view: robot Abby’s and an unidentified voice that reveals its identity only at the end. Through robot Abby, we uncover what happened to the real Abby and whether Tim was involved in her disappearance (the police think so but there is no evidence). Through the second voice, we see the past—how Tim and Abby meet, he proposes to her in Jaipur, they marry and so on. The style of writing is clinical akin to a scientist writing up the results of an experiment. The absence of melodrama works very well because the emotions being discussed are of a chaotic bent—greed, obsession, love, desperation, anger and revenge. An excellent mystery. 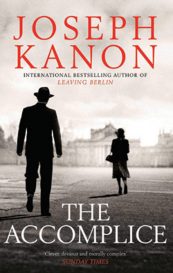 Outrage that evil can get away—that’s the sentiment driving Kanon’s brilliant story about the hunt for a Nazi camp doctor. Seventeen years after the end of the Third Reich, a dying concentration camp survivor (Max Weill) asks his nephew, a CIA desk analyst (Aaron Wiley) to find a camp doctor (Otto Schramm) who escaped to Argentina. A reluctant Aaron goes to Buenos Aires where he finds Nazis at parties and dinners with the local high society. He inveigles an introduction to Schramm’s daughter, Eva, whom he suspects of hiding her father. Eva too is struggling with her father’s past. Aided by a motley crew of Israeli and CIA agents, Aaron slowly moves from being a reluctant investigator to becoming an active participant who stands to lose everything in the quest for Schramm. Kanon’s writing style—the dialogue and thoughts are written in kernels—evokes outrage without descending into melodrama. For instance, Aaron wants to search Eva’s flat but resists doing so thinking: ‘But memory has to be volunteered. Memory needed to trust you.’ Rich emotional resonance is created by the messiness of motives, guilt and shame, while the spine of the novel is provided by outrage at the ability of evil to get away scot free. 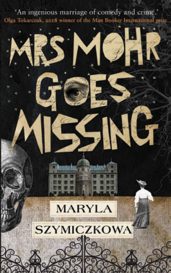 What will you do to breach the class barrier and move up? Steal, murder, lie? In the city of Cracow in 1893, ZofiaTurbotynska, the wife of a professor, who is desperate to relieve her boredom and improve her social standing, decides to organise a charity raffle. ‘In this city no self-respecting charitable enterprise could exist without its own countess—these were the rules, and Zofia nolens volens (but more volens than not) had to abide by them.’ So off she goes to find patrons in Helcel House, a retirement home, where countesses and other aristocratic ladies maintain their own suites. But when she arrives, the place is in disarray. Mrs Mohr, a judge’s wife, is found dead in the attic. Soon another death, this time it is a straightforward murder, occurs, and our sleuth is hot on the trail of the murderer. Written by two authors under a pseudonym, this Agatha Christie-MC Beaton hybrid set in turn of the century Poland is charming—the depiction of class prejudices disguised by manners, the illumination of women’s rights and the struggles women faced in that era, and the wry humour surrounding Zofia’s challenges in finding the culprit. Lovely nugget of a book. 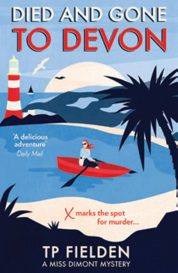 Another charming series that takes on the issue of women’s rights. Set in the resort town of Temple Regis, it features an intrepid 50-something journalist, Judy Dimont, with a past in espionage during the war. She is now following two new passions: solving mysteries and trying to keep her position as chief reporter at the Rivera Express after the editor (her former subordinate when they were spies) hires a hotshot journalist. It is a man’s world in 1950s England, but women like Judy and Mirabel Clifford (a Labour candidate in the parliamentary elections) are doing their best to break in. Mirabel is found dead on the balcony of the lighthouse. Judy, meanwhile, is asked to solve a cold case: her friend, a Gaiety Girl now running the local theatre company, asks her to find out the truth behind the death of one of her friends who had a liaison with the crown prince of England in the 1930s. Her friend, says the Gaiety Girl, may have been pushed to her death. Judy’s investigation leads her to make connections between the past and the present and puts her life in danger. Can she find the murderer in time and stave off an impending visit from domineering Mother? 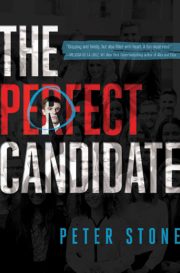 A YA thriller. An intern in Washington DC finds himself embroiled in a political intrigue and murder connected to his employer-Congressman, Billy Beck. Young Cameron Carter, a recent high school graduate and a wide eyed ‘diversity’ hire, arrives in Washington DC to do what his late mother had done when she was his age. He finds a mentor in fellow staffer Ariel Lancaster, the daughter of a Congresswoman. But Ariel is working on something secret, and she winds up dead. Someone who says he is working undercover for the FBI asks Cameron to help them find the goods on Beck. The thriller takes off with the obligatory chases, red herrings, twists and unreliable friends. Stone gives us a glimpse into the life of a Congressional intern. Cameron is a sympathetic character who is mourning his mother and worried about his father’s impending bankruptcy. But the plot is hackneyed and visits all the familiar tropes of a thriller, and Cameron’s angst is not able to provide the moorings. At best, the debut is a quick read on a plane ride (which in these pandemic days seems to be a distant dream). Perhaps the next Cameron Carter outing will be better.