Everyone is a villain in this novel adaptation 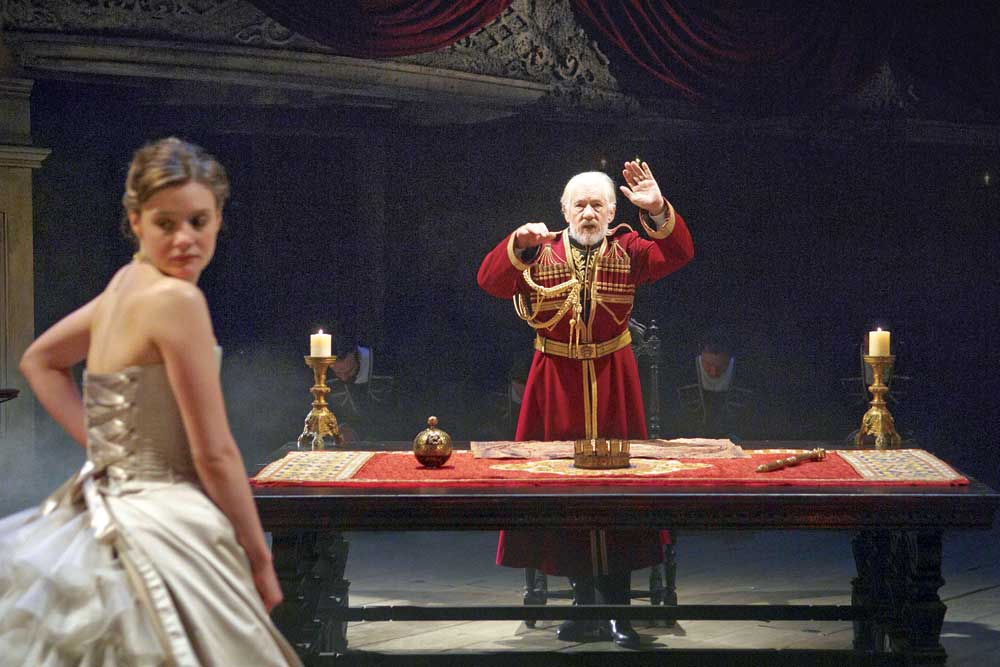 This is the excellent foppery of the world,
that, when we are sick in fortune—often the
surfeit of our own behaviour—we make
guilty of our disasters the sun, the moon, and
the stars: as if we were villains by necessity

THE BASTARD SON of the Earl of Gloucester in William Shakespeare’s King Lear, when calling out our tendency to absolve ourselves of our own wrongdoings, suggests something intrinsic: if we are only posing as villains by necessity, maybe we are, in fact, villains by nature.

Preti Taneja’s We That Are Young jumps head-first into this proposition. In this novel adaptation of King Lear set in India, everyone is a villain—at heart. But hearts, of course, are fragile jumbles of little rivers of blood flowing in different directions. The villains, then, are also compassionate towards someone, at some point, in some definition of the word.

“I am telling my story,” Devraj, the novel’s brutal Lear-counterpart says, “and mine is from the heart.” Detonating right from the hearts of many villains, We That Are Young creates a devastating tale of kinship, loyalty, greed, lust, love, and moral frictions. But where Shakespeare’s Edmund observes that our evils bluster when we have nothing going for us, Taneja’s book stubbornly opposes. Set within the highest rung of contemporary India’s corporate elite, We That Are Young is a story of villains who have everything in the world.

The ageing Devraj heads The Devraj Company, one of the biggest family-run corporations in the country. The Company, as it is referred to, owns something of everything in India—luxury hotels, perfume businesses, pashmina shawl labels, coffee shops, and even tracts of Kashmir. This is the industry—indeed, the nation—that Devraj wishes to divide between his three daughters, Gargi, Radha and Sita, according to who loves him most. As the women squabble against and alongside each other, trying to escape their father’s tyrannical hold over their lives, it seems as if this world of excess is always lacking what they truly want. ‘It’s not about land, it’s about money,’ rings a refrain in the book. Even in this high-security world of manicured gardens, private jets, imported wines and meats, money is never enough.

Between individual quests for money and its false promises—unwavering power, true love, independence—deceit and betrayal become currency; bloodshed is pardoned as collateral damage, whether or not it was intended. It is difficult to conceive of a tragedy more complex than the original Lear, but Taneja manages to dig into its skeleton and present it evermore intricately.

But if tragedies are meant to be the rapid unravellings of the fates of men, both beloved and unforgiving, We That Are Young stands tall as a tragedy of women. This is its greatest achievement. These women are liberated by money and access, and yet oppressed by fathers, brothers, husbands, grandmothers and even the media. King Lear, betrayed by his daughters and descending into madness, curses his oldest daughter, ‘Dry up in her the organs of increase;/And from her derogate body never spring/A babe to honour her,’ as if her body defines her and is his property. In the novel, too, a patriarch says, ‘Our Indian women are a special breed in the world. Like beautiful phools they bloom best in beds, when they are well tended.’

If tragedies are meant to be the rapid unravellings of the fates of men, We That Are Young stands tall as a tragedy of women

Taneja’s women push hard against these institutionalised restrictions. They are malicious, kind, stoic and vulnerable, all at once. Gargi: surrogate mother to her sisters, married at 18 to a man who can’t fulfil her ambitions or her sex drive. Radha: ambitious and clever, but paraded and tossed as a beautiful object of male fancy. Sita: the spoilt youngest, trying to inject Cambridge-bred activism into capitalist—feudal, even—Company life. And when these women are all gone, with a new set of men to run the company and steer the nation, we are left with the bitter feeling that the most capable ones have departed.

Through the predicaments and fates of these women, we receive a portrait of feminine struggles, but also one of a contemporary nation. As the women attempt to break free from the men around them, using their bodies, intelligence, and money to get what they want without showing that they want it—only to perish for having desires at all—we see the depravity of a growing country, mistreated and brutalised much like the female body itself. Peering through the enclosed spaces of luxury cars with tinted windows, we are made sick by jokes about beggars outside, innocents who are run over with trifling guilt. These disparities between the wealthy and the impoverished that weigh upon a post-Liberalisation India, descend in an unembellished barrage through Taneja’s driving prose. Still, the commentary never tries too hard. It even mocks, in many instances, the song-and-dance romance of Slumdog Millionaire.

Despite their wickedness, Taneja insists that we be compassionate to these characters—it isn’t hard to follow through. She makes us feel for Jivan’s (Edmund’s) sense of misplacement, and his discovery of the horrors of the Indian elite when he returns, having been sent away to America as a child. So, when he plays people he claims to love against each other, to set right the injustices of his childhood, we never fully want to see him suffer. Gargi, too, who shows no kindness to her father, initially falls out with him over his beating a servant almost to death. How can we blame her? That our own morality loses compass so quickly among these characters, points only to the brilliance of the novel’s construction. Empathy, it reminds us, is not politically or morally valanced; it is a porous, chronic condition of a beating heart.

We That Are Young’s most delicate and powerful move is to place the heart of the novel in Kashmir, where the Company is preparing to open a new hotel. To bring the politics closer, the dead wife of Devraj is a Pandit who died there during an outbreak of violence. The war-struck paradise that is Kashmir, then, becomes the site for the horrific collapse of a family. More strikingly, it mirrors the villainies of a nation building itself upon unaccounted crimes.

‘We live in a young country,’ Gargi says to her siblings, reminding us that anything is possible here, even the unthinkable. And as she speaks this irrefutable truth, we can’t help but remember how young she is, how young all of them are. Some not even 30, here are men and women born into money, leading imperial conquests. Taneja rips into the enigma of youth, that point in time we might yearn to live again, but a time that was also explosive, tumultuous and tender—like this book itself.

The young characters in We That Are Young are not truly young. Like in a supposedly young country, histories, legacies, affiliations and obligations rest beneath the soil they stand upon. In the last lines of King Lear, from where the novel’s title derives, Edgar says, ‘the oldest hath borne most: we that are young/ shall never see so much, nor live so long’. But his claim seems inadequate in Taneja’s novel that reaches wide and deep. The young have seen more, must carry more, of the past than those before them. They must age the moment they are born, like a country contested the moment it is named. There is always a past to answer to, and a burden to make an appropriate future. The season of untouched blossoming is always short-lived, if it comes at all. In the young hearts of young countries, more often, what we get is the oozing mess—still sweet but fast turning rancid—of biting into overripe fruit.