In search of the nation 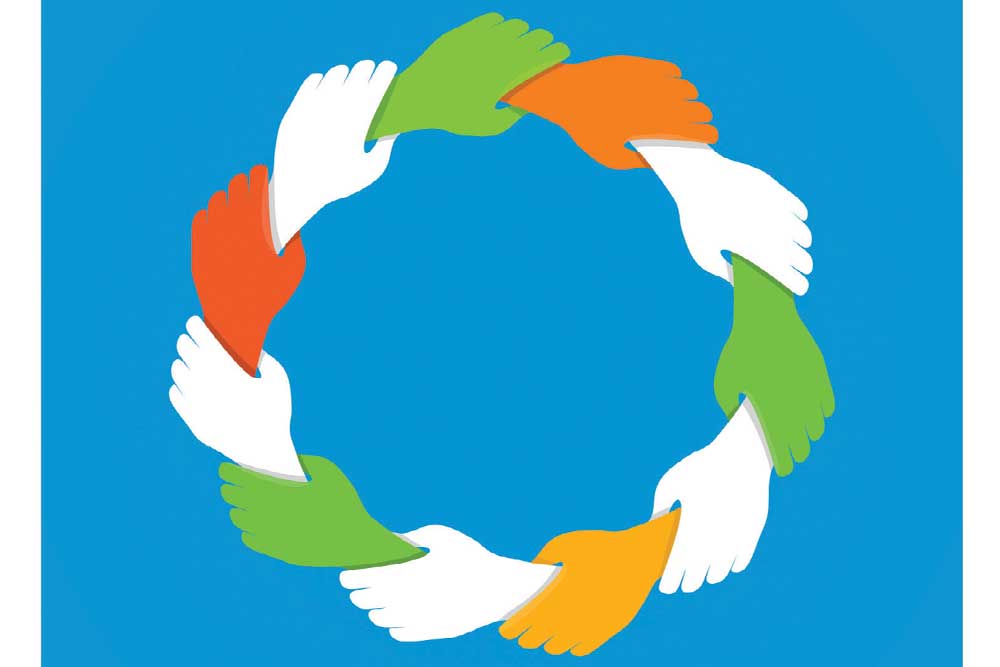 VIKAS PATHAK’S Contesting Nationalisms offers a thesis that while there were several contending political visions, and versions, of possible Indian nationalism during the late 19th and early 20th century, their entanglement was left inconclusive. None of them managed to make others wholly disappear from the reckoning. The surviving excesses have left their imprints on contemporary politics.

Punjab of this period forms a case study, but the political discourses considered had, and have, a pan-Indian appeal. Secular nationalism, composite culture nationalism, Hindu nationalism and Dalit nationalism, which the book explores in detail, appealed to pan-Indian constituencies. All these visions sought to hegemonise the politico-cultural symbolism of the aspired-to national space, and they played out across a culturally-bounded territorial expanse that corresponds roughly with the Subcontinent.

Its core question is deceptively simple. How do we test the relative legitimacy of a nationalist discourse in, and for, India? The common sense answer that it must be anti-colonial or anti-British without exception does not hold, for by that measure no nationalism will qualify.

Pathak lowers the bar, sensibly. All a nationalist discourse has to do, he proposes, is not to call for secession from an imagined territorial and cultural geography of India. It must also seek to design the public image of this imagined territory and community after its own preferred cultural projections. The nation here is not framed in engagement with what it seeks to remove from positions of authority in the sovereign state. It is imagined instead as articulations of historical politics around what their cultural designers, and subscribers, aspire to. The analogue of the religious nationalism discourse in this particular context is the Dalit nationalism discourse, along with usual suspects such as the composite nationalism and the secular nationalism discourse.

The book explores the fraught cultural choices before a fledgling educated middle-class finding itself alienated from both summit routes to wider socio- political leadership and ground routes to birth-community leadership. Pathak departs from conventional wisdom with the formulation that a perceived cultural anxiety ensnared this class to convert fuzzy faith communities into number- codified, franchise-oriented, politically- charged nationalising collectivities along communitarian axes. ‘Perceived’ here is not an antonym of ‘real’; it is a different order of reality.

The problem Pathak takes up is how a community is enlarged into a nation as an idea. He shows that this conversion may well take more than one equally legitimate form. These multiple legitimacies are in contest for an absolute and uniform political sovereignty, as they mobilise support to subsume all others.

Pathak introduces nifty conceptual innovations like derivative diversity and community power, which provoke attention. Equally inviting is his methodological choice to chip in with nuggets from field experiences as a professional journalist amid thick intellectual history dissections. His contrarian readings of Bhagat Singh, Lala Lajpat Rai and Madan Mohan Malaviya wear their conceptual heft lightly. Uncommon traces are dug up and solid discursive challenges worked out.

The informed lay reader will find the seven chapters eminently readable. That, by itself, is no mean feat for an academic monograph. Those invested in contemporary electoral politics will find chapters four and seven rewarding. The enterprising researcher will find plenty to either agree or argue with in the book.

The thesis acquits itself with honour, but it is not flawless. The book would have done well to engage with Manu Goswami and Arvind Mandair. But its success lies in how it historicises, with credible empirical and conceptual material, the ‘hegemony’ of the mainstream discourse on ‘communalism’ and how it has devised a sufficiently realistic test for an aspiring ‘nationalist’ discourse. The nation, after all, is nothing more, or less, than how various communities extend into larger imaginary selves, mediated by multiple and messy micro-histories that add up. It is always in the making, and will possibly never be irreversibly made, or made up.