Illness as a Metaphor

A masterful focus on those who wander the margins 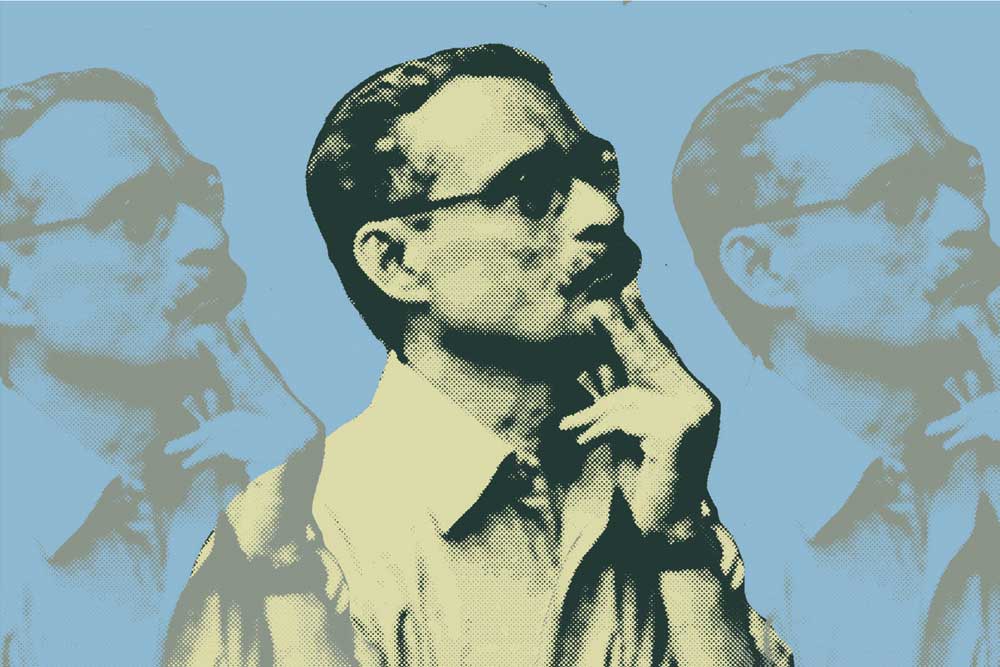 N PRABHAKARAN IS arguably one of the finest writers in contemporary Malayalam. This collection of brilliant translations of his work by Jayasree Kalathil is a tribute to this unique voice. Prabhakaran’s writing is a challenge and a dream for any translator. Extraordinarily skilled as he is at weaving a ‘sense of the local’, of village life in north Kerala, his storytelling also raises eternal philosophical questions, especially those pertaining to the ways in which human beings connect to the otherness of the world. Kalathil meets this challenge with considerable verve. Her careful, exquisite, almost loving translations capture the grace and the affect of Prabhakaran’s nuanced prose. Equally captivating are Bhagyanath’s illustrations that imbibe the author’s affective politics with astounding accuracy.

Each of these five long stories is a masterpiece and is narrated by enigmatic characters. A young man who sees through the greed and ruthlessness of rubber-farming forest-fringe-settler-culture; middle-aged men and an ‘age-over’ woman (the local way of referring to women who have reached their thirties and are not yet married) through whose eyes party politics and the patriarchal family emerge as a series of absurd events, the continuity of which is assured by hypocrisy and blatant vested interests; a psychologist who follows the strange life of a patient, puzzled about who he really was: a liar, a madman, or a trickster. Of these, the psychologist perhaps resembles the author best: someone who feels the pulsation of the other but pauses at the intimation of its difference, desisting from defining it.

Around a year ago, on TV and all over the Malayalee social media, the story of the murder of a young tribal man, Madhu, who was reportedly ‘mad’ and lived by himself in a cave in the forest, unfolded. A sense of terrible déjà vu gripped me as the horror of the hounding and the easy cruelty of his sane murderers poked at our senses, pushing us beyond what our eyes or ears told us of the incident. Yes, this was a story that N Prabhakaran had told us before with great empathy, from the side of the hounded man. It ought to have humanised us, but clearly it had not.

But then, any of us who have encountered the margins and stumbled beyond briefly would instantly identify with Prabhakaran’s protagonists. They are inevitably endowed with deep and rich inner existence carved out of, not the empirical evidence of the world the senses provide, but of the ability to relate to the world through sensations. Relating to the otherness of the world—the wild, the animal, within and outside the self—through sensation, they glimpse the living presence of the other beyond sense-perception. They narrate stories that are incomprehensible to those who live ‘normal lives’—driven by the ego and the illusion of control it provides, of the body, of nature. These are people who implicitly feel and know the superficiality of empirical perception; they are also drawn towards the other, unable to repress the signals that the latter sends to the self. They receive signals even from what the perceptual and the ego-driven world of individualism has rendered abject. Not surprisingly, they are punished with exclusion, humiliation, and outright physical violence, often condemned as mentally ill. This focus on the experience of those who wander into and beyond the margins and suffer has been a perennial feature of his storytelling.

In the interview appended to the translations, Prabhakaran says: ‘I simply felt that conventional beliefs, parameters of value judgments and several practices a society tightly holds are diametrically opposed to the ideas, feelings and sentiments an individual nurses in their inner self. This contradiction inevitably leads to a tragic end.’ It is here that the reader gets a grip over what makes Prabhakaran’s storytelling so intensely political: the relentless attention it pays to this fundamental paradox of human subjectivity.