The entwined fate of the river and the country 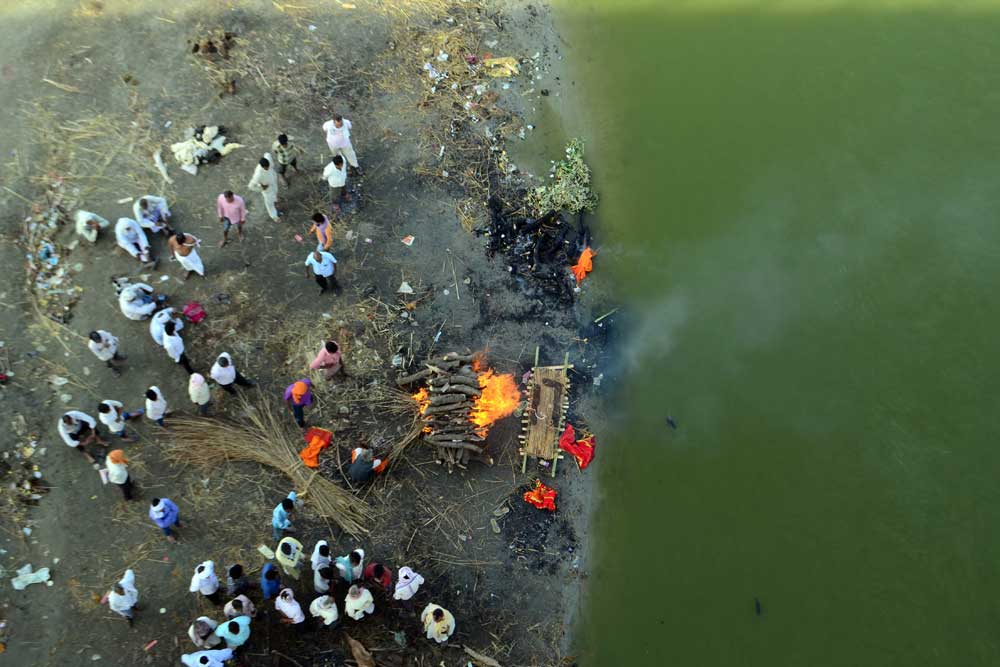 Victor Mallet’s recent book River of Life, River of Death begins with a riveting question, ‘How can the Ganges be worshipped by so many Indians and simultaneously abused by the same people?’ The book is an exploration of this irony—the simultaneous acts of deifying and defiling of a majestic continental-scale river, which has now lost so much of its vigour and consequently its purpose.

Rivers in India have special significance as a life-giving force, where men and nature merge as one. The brisk daily routine along the ghats in Varanasi is the leitmotif of Indian social life. Unlike sharply segregated Westerners, the constant transactions between Indians and the surrounding environment is no more clearly expressed than by this relationship with the Ganga. Despite the civilisational attachment to the river goddess, we have dirtied the waters, finding ourselves almost at a point of no return. This is in essence what Mallet, Financial Times Asia News Editor, conveys brilliantly in his book on River Ganga—a result of considerable research and challenging travels to the Himalayan source of the river, the remote parts of its wide flood plains and the cities and towns known for both spiritual significance and physical squalor.

One stark truth, with direct consequence to the river is that the mother source of all great Asian rivers, the Himalaya is drying up. More than the scientific reports, assessments come from climbers and guides who scale the peaks repeatedly, making the prognosis more convincing. All of them, Mallet says, swear that global warming is real and glaciers are receding fast. I became more convinced on this melting after I met a Buddhist monk in the far-eastern Bhutan bordering eastern India and Tibet three years ago. He showed me the once glaciated mountains afar, telling of glaciers he had watched disappear since his childhood.

The Himalayan source of the river is also under threat by the untreated garbage spewed from the hotels into the sacred waters, many of them unauthorised constructions. It is also seen that any laws introduced to restrict such building activities will ultimately be diluted under pressure. A direct consequence of all such devotional negligence, coupled with natural factors is what we witnessed in the month of June of 2013 in Uttarakhand in the form of the massive untimely flood disaster, or what was called as the “Himalayan tsunami”, which claimed more than 5000, and possibly as many as 20,000 lives.

Mallet asks a question of practical importance that has a bearing on the cleaning of the Ganga. Could religiously motivated cleanup have any chance of success? But Mallet finds that rather than facilitating the cleanup, religiosity is creating impediments.

Mallet argues that the government did not move fast enough to establish green technology in the urban centers including cities like Varanasi that includes sewage and waste treatment plants. Such alt-technology also has a huge employment potential for the burgeoning population of unskilled and semi-skilled urban youth. Apart from delays in execution, one of the weaknesses of the new Government, according to Mallet is ‘the ease with which it is distracted from its core tasks by pseudo-scientific or whimsical solutions often proposed by Hindu activists.’ The Ganga is being misused in varied ways that also include unsustainable river-centric religious practices.

The urgency in the sanitation efforts is becoming increasingly obvious from the fact the Ganga is now host to a very potent bacterial gene called ‘superbugs’ exposing billions of water users to the risk of infections that are resistant to antibiotics. Mallet singles out the Central Pollution Control Board and its state affiliates as the most ineffective as monitoring agencies with poor to non-existent regulatory practices and enforcement. Despite the rousing speeches of tackling the problem of pollution, isn’t surprising that we still do not have a standard for soil contamination.

The Indian rivers including the Ganga suffer from reduced water flow in addition to pollution, and constructing more dams or diversionary canals will be counterproductive at this stage. More fundamentally Mallet raises the question of the uncontrolled population growth and consequently the increased people pressure on the natural systems. He uses a biblical quote to send a subtle message, ‘In the multitude of people is the king’s honour: but in the want of people is the destruction of the prince’.

Citing the examples of the European rivers of Thames and Rhine, Mallet thinks the Ganga cleanup is doable, but the endemic corruption and lazy bureaucracy pose severe challenge in reaching the goal. All we have to do is to take two simple steps: one, stop pollutants from entering the river and two, maintain minimum flow. But for these to happen we need firm policies based on reliable field data. And, we need a goal-oriented implementation mechanism. I remain sceptical having seen the years of botched efforts to clean Yamuna, a water body closest to the power centre; the entire project is now called a ‘great sham’ (meaning: only drama; no deliverables).

The Ganga is a life supporting system for one third of humanity and success of the Ganga rejuvenation program will determine the future of India. This lifeline is in its death throes and it requires a dispassionate outsider with political neutrality to show us our follies in dealing with our precious natural assets. Mallet has done a great service helping us see ourselves in a mirror.