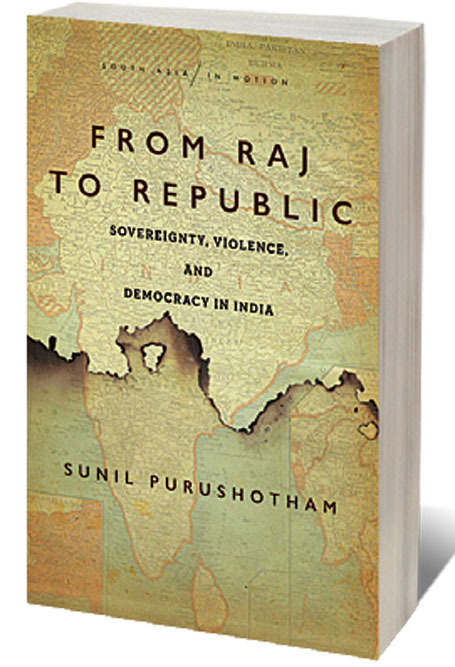 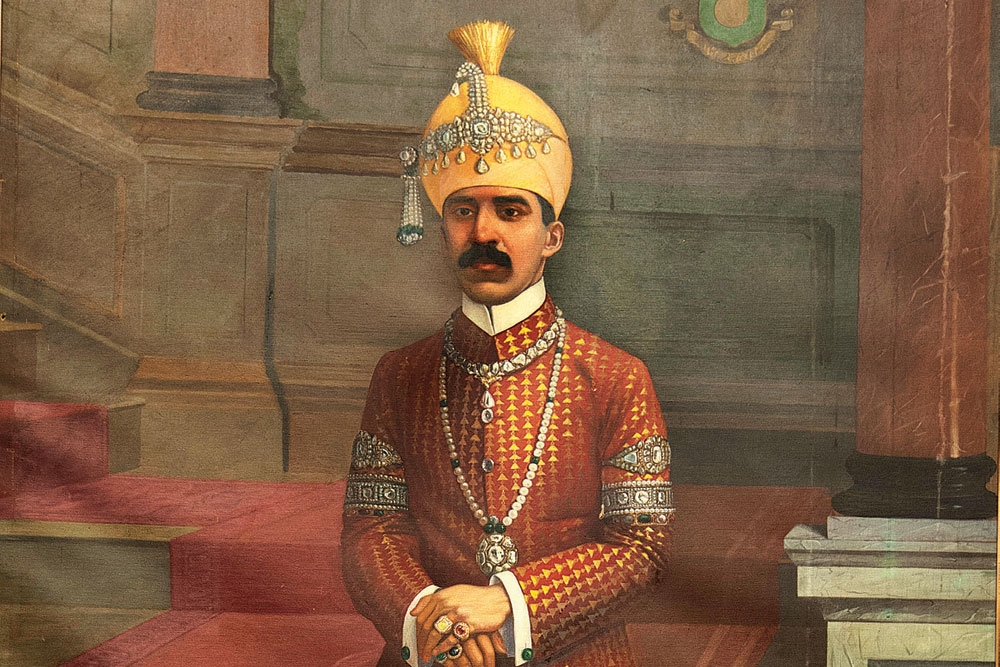 
WHEN HYDERABAD ceased to exist as an independent state in 1948, it was among the largest princely states in India. Once the British left India, the last Nizam Mir Osman Ali Khan (1886-1967) tried hard to ‘regain sovereignty’ that he thought was rightfully his. In imagining this he was encouraged in no small manner by the informal constitutionalism of the British as they went about forging their empire. Nor was he alone. Another large state, Jammu & Kashmir (J&K), tried the same idea. While Hyderabad did not survive and was peacefully integrated into India, Kashmir continued to be a constitutional fester until recently.

Sunil Purushotham’s From Raj To Republic: Sovereignty, Violence, and Democracy in India is an interpretative study of the events of those years that tries to make sense of the foundational violence that accompanied the formation of India as a modern nation-state. Until now, when one read about the violence of Partition, it was mainly about events in two states, Punjab and West Bengal, that were divided between India and Pakistan. There is some mention about raiders from Pakistan trying to forcibly wrest J&K from India and some random accounting of violent incidents here and there. Each of these events has been linked in some way or another by historians. But Purushotham’s story is one of the few where these different strands are stitched into one single piece where contingency, violence and will are
linked together.
Consider Hyderabad. What the new Government of India faced were two different problems. There was the attempt by the Nizam to become independent and then there was a leftist rebellion that was brewing in the Telangana region. While one problem was solved by late 1948, the rebellion continued until 1952. It would re-emerge later in the same region in the 1980s and spread across other nearby states where it continues until now. The original repertoire of shifting forest-dwelling people into camps in a bid to control territory has been a constant until recently. When the dislocation experienced by people in Punjab and later, in fits and starts, in Bengal is added, the process acquires a violent colour.

Purushotham writes, ‘An imperial regime of sovereignty with an uncodified constitution was reforged into a national regime of sovereignty with a republican constitution.’ This was not a simple process where the British handed over power to Indian leaders. It is forgotten that close to 40 per cent of India was princely India that through a deliberate process was kept distinct from British India proper. It was the latter part that was on offer to nationalist leaders; they had to gain the ‘other India’ by persuasion, negotiation and, as Hyderabad showed, by violence. The aftershocks of those events can be felt till today. It was but natural that princely India and the ideological props that were used to sustain it as a matter of British control would create problems whenever efforts were made to make a nation-state. The fact that this process was not pre-ordained and fluidity marked it is not often appreciated. At each step, luck played an important role: Hyderabad, Manipur, Goa and J&K are prime examples.

Purushotham has written a fine interpretative history, a kind that has not been written for a while now. But one can ask: Why should we remember the events that took place in 1948? Another way to engage with them is through a genealogy of ideas like federalism, liberalism and difference, ideas that were lost in the fire and haze of Independence. They continue to have a contemporary ring as debate continues on how India should be organised internally even today. The ghost of informal constitutionalism, he writes, remains with us even today.


Consider Hyderabad. What the new government of India faced were two different problems. There was the attempt by the Nizam to become independent and then there was a Leftist rebellion that was brewing in the Telangana region

One reason why the British dissolution of native states came to a halt after 1857 was the mix of caution and rethinking about organising India in the wake of the Mutiny. Before 1857, the ideological foundations of British rule rested on the idea of providing good governance to India and Indians much like Europe. If Europe could have an enlightened government, there was no reason why India could not enjoy the fruits of such a government. Based on universalising the ideas of Enlightenment, suitably interpreted for India, thinkers like James Mill and the evangelist Charles Grant went about making a strong case for British rule. Then came the Mutiny, an event that violently shook confidence in these ideas. Instead of universalism, particularism emerged as a better explanation for the workings of Indian society. Administrators like Sir Henry Maine, the legal member of the Viceroy’s Council, argued that Indian states were traditional societies that had their own workings, which differed from the individual rationality of modern societies. As such, the ideas that had informed the working of British rule in India until then were not applicable to these societies, unless they were to be imposed with violence. With that the liberal experiment, championed by Mill, Grant and others like Jeremy Bentham, came to an end. Universalism gave way to evolutionary thinking and uniformity to difference.

It will be a stretch to say that it is this change in thinking that led to the survival of the Nizam’s kingdom, but it did make it relatively safe right until 1947. When he began dreaming of an independent kingdom, Indian leaders would have none of it. At that time, snuffing life out of his state was based on the imperative of giving a strong foundation to the Indian nation-state. One could not dream of a viable India with a hole in its heart.

In recent years, however, the ideological imperatives of a centralised state in India have given way to the idea of federalism. The interesting thing about this new debate is how closely it resembles the British ones in the aftermath of 1857. As then, the moving idea behind contemporary federalism is respecting the differences among Indian states and giving them powers that ought to belong to them and not the Union Government. It is another matter that the ‘economic’ rationale for federalism rests on the distinction between local and national public goods. Local public goods, for example, include education in local languages. The plural is only an afterthought; usually it is the language of the dominant linguistic group that gets imposed. One can’t think of a better example than that of the Gond people spread across Chhattisgarh, Maharashtra, Andhra Pradesh, Telangana and Odisha. They have their own—dying—language but in the politics of Indian federalism, they have to perforce learn another language, the dominant language of the states where they find themselves marooned due to artificial borders that have scattered them across different states. In their case, notions of particularity and traditional society are not even considered relevant by the contemporary champions of federalism.

It is a strange twist of fate that when traced in this manner, the current defenders of a centralised state—based on an equal treatment of all states and equal citizenship for all Indians, irrespective of caste, creed or religion—bear closer resemblance to the original liberals, and the champions of federalism look like the late legatees of the British Empire who refurbished the ideological justification for imperial rule. But who cares? India’s history, after all, is a political sport that is subject to bouts of forgetting and remembrance, whenever it suits the needs of partisans. This book will help us think about the past carefully.