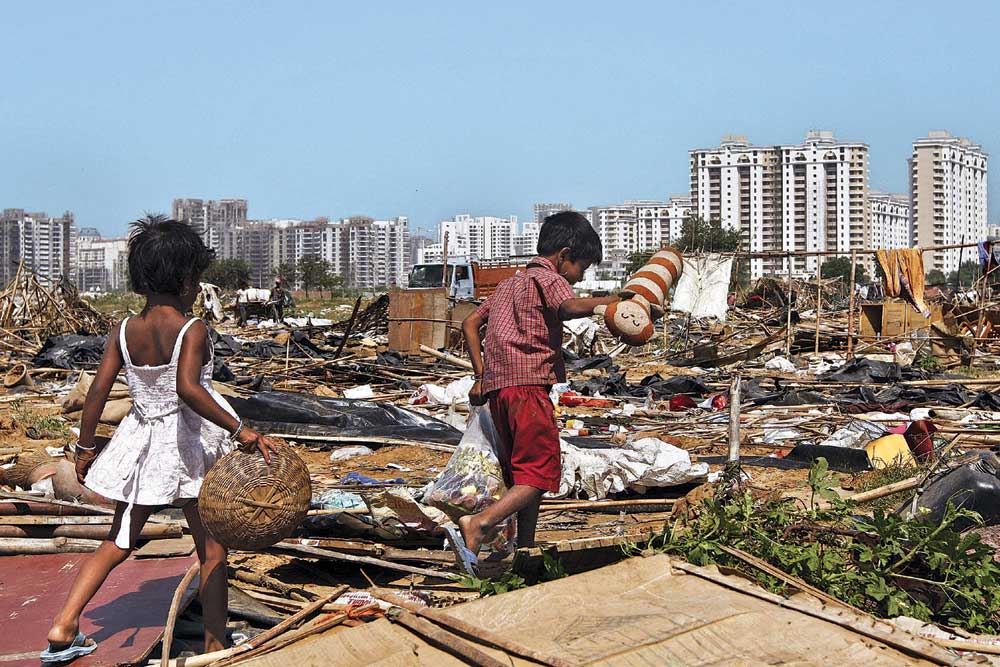 WERE ALL OF India’s poor born into poverty? Why are they forced to go to schools of inferior quality that leave them ill-prepared for the modern economy? Why do women find it harder to get higher education and better jobs? Why do so many people spend their whole lives working, and end up with no provision for retirement? Why do our less-privileged face discrimination at the time of hiring? Why is the quality of education in private schools so much higher than in public schools attended by the poorer majority? Why do high-quality civil servants deliver low-quality governance? Why does India’s democracy continue to deliver uneven outcomes?

Anirudh Krishna—a bureaucrat- turned-professor of political science and public policy at Duke University—attempts to answer such unsettling questions in The Broken Ladder, a nuanced and empathetic exposition on the pathologies of development in one of the world’s most populous and complex nations. Rapid population growth, a debilitating legacy of colonial rule, and half-baked policies are to blame all right. But ‘attitudes, beliefs and values’ have also contributed to our failures.

This, by itself, is unexceptional. In a vastly segmented and starkly hierarchical society, schools and colleges came up in bigger cities, ignoring the villages. A tiny elite of urban, middle-class English- speaking college-educated people amassed ‘disproportionate economic weight and policy influence’.

Perverse social biases influenced policy. Political scientist Myron Weiner said the Indian middle-class believed in a ‘distinction between the children of the poor and their own children’, between the child who must be taught to ‘work’ and the child who must be taught to ‘learn’. Policies resulting from such attitudes have ‘enabled the middle class to send their children to separate private (but government-aided) schools, while the lower classes send their children to underfunded, under-equipped municipal and village schools’. No wonder the majority of students are ill-equipped to compete successfully for places in the highest-ranked colleges and universities.

Seventy years after Independence, India has seen brisk economic growth, improved infrastructure, and increased international clout. The country has held together despite social tensions. ‘The forces associated with these achievements have helped many individuals soar upwards, but for many others, these forces have not produced ever-improving standards of living,’ writes Krishna. The gains have been unevenly distributed: large numbers of people can barely cope. Public institutions are failing. Plans and budgets smack of skewed values and biases. Ordinary people have little involvement in public decisions. Elected village councils are not working to their potential. Most rural public schools have appalling quality of teaching.

Poverty remains a pressing challenge: people are falling into and moving out of it all the time. Between a third and a half of Indians were not born into poverty, but become poor in their lifetimes. Krishna and his colleagues studied 150 villages in four states and 70 urban slums, and found there was not ‘one single location in which people only moved out of (or into) poverty’. A study of some 14,000 households between 1993 and 2005 found that while 18 per cent of them moved out of poverty, 22 per cent became poor during the same period. So, poverty reduction and creation are happening at the same time. And, worryingly, more people appear to be falling into poverty than escaping it. This points to a disturbing policy handicap which appears to be all about raising people out of poverty, and nothing about preventing future poverty.

India is a country of some 4,000 towns and more than half-a-million villages. The country, the author believes, needs policies that are small and incremental, scaling up in stages to produce lasting solutions. Standardised solutions are often a recipe for policy failure. Big national policies fail where the micro- climates are not supportive. Public systems, writes Krishna, need to be rejuvenated and scaled up, not abandoned. Spending on health and education needs to be increased. All this and more, could fix India’s very rickety ladder.