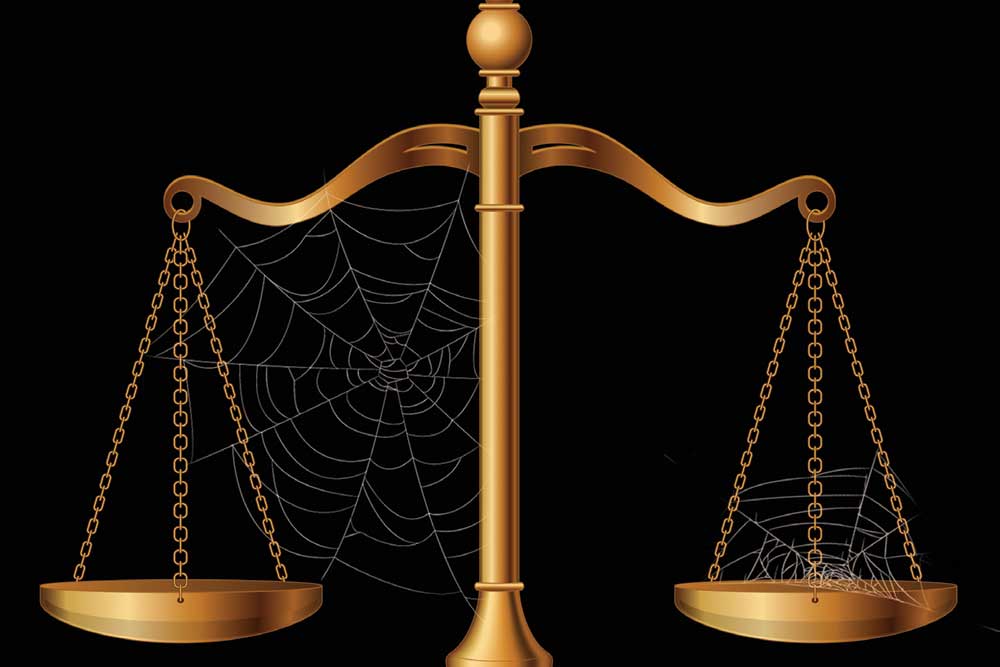 ON PAPER, INDIA is a country of laws. With laws ranging from ones that prescribe fines for jumping traffic lights all the way to those meant to ensure ‘social justice’ in the form of guaranteed rights to food and even employment. By this measure India should be a paradise. Instead of being a rechtsstaat based on justice and rule of law, the country is pretty lawless with probably the most visible demonstration coming from widespread corruption—from petty officials demanding bribes all the way to allocation of natural resources at the hands of venal politicians.

In The Republic of Beliefs: A New Approach to Law and Economics (Princeton University Press; 264 pages; $35), Kaushik Basu, India’s former Chief Economic Adviser, lays bare the dynamic underpinning a plethora of laws and lawlessness at the same time.

How did India land in such an equilibrium? After a long time it is dawning on policymakers that perhaps an excessive number of laws prescribing almost everything is behind the problem, if not the problem itself. Since 2014, dozens of laws—some even going back to the 19th century—have been scrapped. The explanation being that so many laws create incentives for officials to intervene everywhere, making corruption possible in the first place. Using simple game theory, he explains why many laws remain just words on paper, having little or no effect in real life. His explanation is that laws cannot change the set of actions—or strategies—that are available to citizens and officials before a law was put in place. If corrupt behaviour was a choice for an official before the Lokpal Act, it remains so after the law has been passed. Our faith in such laws rests on the belief that ‘someone’—the police or investigators— will come and arrest errant officials. This is touching in a way, as it assumes that the police and investigators are saints with no incentives for bad behaviour.

Laws do work at times, but the mechanism for their effectiveness is different from the assumption that the Government has immense powers to set things right. Much of the magic of laws rests on creating beliefs among citizens (and officials) that unless they do such-and-such thing, they will be in trouble. If those beliefs are not generated, then laws are, to use Basu’s words, nothing more than ink spilt on a piece of paper.

The trouble for a country like India is that it is not easy to generate beliefs about rule of law, giving the poor their due— something that is violated with impunity when it comes to subsidised food or even money due to them from work under employment guarantee programmes—and a host of others that are necessary to make laws work. In contrast to the gung-ho spirit of those who favour minting new laws for every problem—mostly to be found among NGOs, extra-constitutional policymaking organs like the erstwhile National Advisory Council (NAC) and other believers—Basu’s prognosis is bracing. In countries with complex histories, it is not easy to change beliefs, a sine qua non for effectiveness of laws. He notes, ‘The process of modernization that is occurring today takes the form of trying to import laws and rules from industrialized nations, some of which were the rulers of former colonies, to the former colonies and other poor nations. In brief, the laws in these cases are competing with pre-existing focal points determined by custom and the long history of social evolution. Dislodging these norms is not easy. Indeed, matters may get worse since these laws in many cases amount to trying to create a new focal point when an old focal point exists and can make matters worse. This is most likely the reason why in developing and emerging market economies laws are so often overlooked by all and sundry.’

Laws do work at times but the mechanism for their effectiveness is different from the assumption that the government has powers to set things right. Much of the magic of laws rests on creating beliefs among citizens that unless they do such and such thing, they will be in trouble

It is interesting to note that one such law—the National Food Security Act—was deliberated when Basu was Chief Economic Adviser (2009-2012). His discussion of this law and the working of the food programme in general casts a clarifying light on one of the most expensive pieces of legislation passed in India. Here was the Government’s Chief Economic Adviser, who knew well what was possible, what was feasible and what was not workable. In the end, the ‘political faction’ (as compared to the ‘rational economic’ one) had its say. In Indian public life, the fervour for making new laws remains strong among activists and sundry academics. Whether these laws can ever work is doubtful.

How does the theoretical apparatus constructed by Basu correlate with reality, especially in a country like India? A word of caution is in order: theories are used to understand the world and not fit observations into theories, however brilliant the latter might be. Having said that, the dynamic between theory and observation is quite tight in this case. Institutions, Governance and the Control of Corruption (Palgrave Macmillan; 402 pages; $39.99), a volume edited by Basu and Tito Cordella of the World Bank, has a series of essays that look at the global, cross-country, experience of corruption. In his reflections on the changing nature of corruption in India, Pranab Bardhan— one of the foremost analysts of India’s political economy— asks the question why India continues to be a corrupt country despite extensive weakening of economic controls since 1991. As a supply-constrained country, India of the 1970s witnessed petty corruption for things that are taken for granted today, for example telephone connections, LPG cylinders and a host of other goods and services which were a monopoly of the Government. Ending this required the liberalisation of product markets, or so the logic ran. Instead, two decades later, the country saw a raft of scams in allocation of land, credit, natural resources and energy.

In Bardhan’s estimation, product market liberalisation but tight regulation of primary factor markets ensured that sooner or later the former would hit a roadblock if the latter were not fixed. That’s exactly what happened. If corruption in the 70s and 80s was due to constrained product markets, the 21st century saw the process being kicked downward (or if you wish, politically upward) to factor markets. When liberalisation began, led by PV Narasimha Rao and Manmohan Singh, the consensus was that India had to undertake what economists call a ‘second-best’ solution as liberalising all markets was not politically feasible and neither was India prepared for it. But what was politically feasible exacerbated corruption in a way that no one presaged. Moral of the story: second-best solutions probably have hidden costs that take time to emerge and the damage is extensive. That, however, is the nature of progress in an imperfect world. India continued to grow and liberalise economically but it remained in the grip of a corrupt equilibrium. Here Basu’s original observation catches up: if the norms of a country fix its attainable equilibria—corrupt or non-corrupt—unless those norms change, it is hard for law to push things in a better direction. Institutions, Governance and the Control of Corruption has some fine essays by scholars like Avinash Dixit, Francis Fukuyama, Timothy Besley and Hannes Mueller, Diego Gambetta and others. Dixit’s essay is particularly interesting as it looks at the relative role of having strong leaders who can effect solutions driven from the top to check corruption, in contrast to ground-up building of institutions from the level of communities. Together, they give one an extensive view of corruption as a phenomenon, fully updated at the theoretical and empirical level.