A regional classic brings out the dehumanising experience of prison life 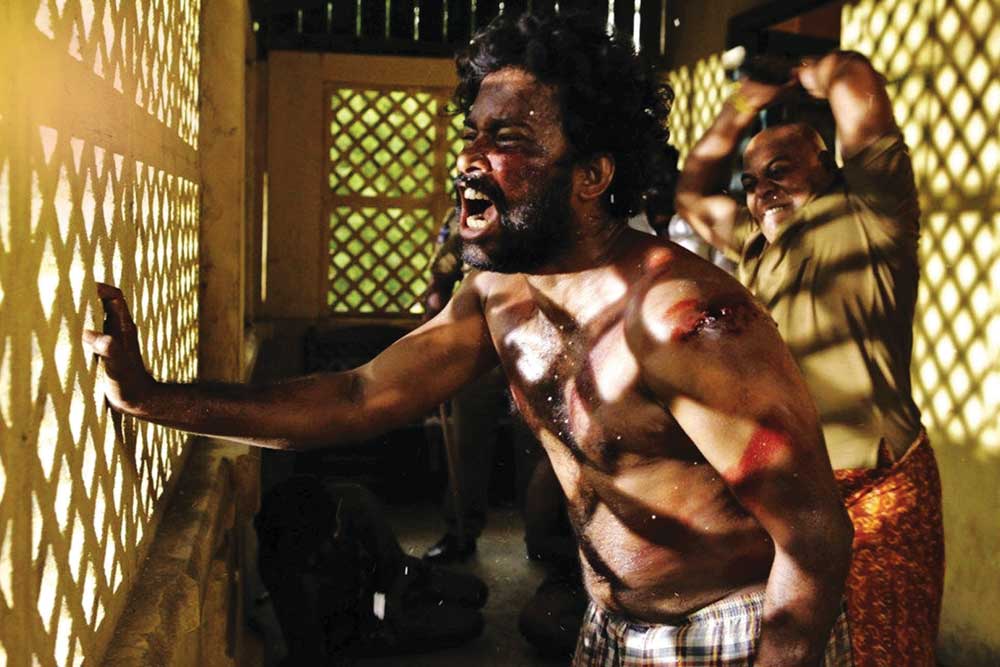 FOR 13 LONG days in March 1983, M Chandrakumar woke up and slept in a ten-feet-by-ten room. A ‘crude hole’ in the door allowed in food and water. A small opening in the wall by the door functioned as a urine outlet. Food was served once a day. During most hours the room stank of sweat and urine, fear and despair. During the rare good hour, it smelt of beedi. The door was opened once every day, in the morning, affording the rooms’ occupants the luxury of morning ablutions—that rare chance to feel human. The only other outlet to the outside world was a window through which familiar faces let in food and tea, promises and reassurances.

The world of prison, in Andhra Pradesh’s Guntur district, comes to life with chilling economy and sordid detail in Chandrakumar’s novel Lock-Up. Inspired from his own experiences, Lock-Up was first published in Tamil, in 2006, and has been recently translated to English (by Pavithra Srinivasan). But what makes Lock-Up especially disturbing is not just the account of prison life, but the reason behind it. Because Chandrakumar (Lock- Up’s narrator who is called Kumar in the book) and his friends—Nelson, Ravi, and Moideen—were apprehended by the police without reason or proof, without an arrest warrant. In Lock-Up, the beatings come first, the accusations later.

Working at a teashop as a waiter, 20-year-old Kumar was an outsider to Andhra Pradesh, unfamiliar with Telugu. So were his friends, who had migrated from Tamil Nadu. Homeless, they slept on a pavement near a mosque, and, after work, chatted till midnight—about films, heroes and heroines. And then one morning, just like that, it was all over. Kumar and his friends’ first 24 hours in prison—where they are threatened, whipped, and denied food—serve as a searing reminder that human rights can be flimsy, at times non-existent, for some. And even when they find out the reason for their arrest, it’s not through an inspector but Kumar’s boss, the teashop’s owner. “You seem to have broken shutters and stolen tape-recorders and watches,” he says. “They’re threatening us. Now what is to be done?”

At 127 pages, Lock-Up is thin on plot, with page after page describing police brutality, as Kumar, and his friends, cry out, “Saar, we didn’t do anything, saar!” But not all anguish in the book is physical; some of it is psychological, too. At one point, a knock on the door terrifies Kumar, who thinks, ‘It almost seemed like the lock-up was much better than outside.’ In another instance, Nelson ‘polishes the shoes of a policeman— but it was his enthusiasm for this task that amazes’ Kumar. A few days later, another policeman enters Kumar’s cell, intending to thrash a newcomer, who jumps around frenetically. And, in frustration, the policeman starts hitting everyone else. As a result, Kumar, his friends, and ‘the veterans’ direct their rage at the fellow prisoner, beating and threatening him. The needle of disgust begins to sway slowly, shifting from perpetrators to fellow victims.

Lock-Up is a fascinating, discomfiting, not to say a much-needed, account of the corrosion of humanity, and how the state tortures its citizens. However, it’s not just a straightforward ‘us’ vs ‘them’ narrative. Not all cops are criminals here; one of them is sympathetic towards Kumar and his friends, gently advising them to confess, to escape the beatings. Throughout the book, Kumar’s friend Ravi—the hotheaded group leader—blames Nelson for their situation (for he was the first to get arrested and, under duress, revealed their names). Lock-Up fixes its gaze on how our humanity bends and breaks in discomfiting situations.

Lock-Up tells an important story, but it doesn’t always do that, at least in the translated version, with a lot of finesse. The book is frequently littered with long sentences, marred by needless semi-colons and em dashes. (If the intent was to mimic the protagonist’s incoherent and fearful mindscape, then it doesn’t quite work.) Telugu, for some strange reason, is nearly always spelled ‘Telungu’. Even the transition between the scenes is, at times, choppy.

Working as an autorickshaw driver in Coimbatore, Chandrakumar (better known as Auto Chandran) was motivated to write Lock-Up by his friend and film theorist Gnani. Years later, Gnani introduced Chandran to filmmaker Vetrimaaran who, having read the book in one night, was moved to make a film on it. What followed was poetic justice. Vetrimaaran turned Chandran’s story into a hard-hitting film, Visaranai. In September 2015, Visaranai premiered in the Orizzonti (Horizons) section of the 72nd Venice International Film Festival, where it won the Amnesty International Italia award. At the 63rd National Film Awards, it won three honours: Best Feature Film in Tamil, Best Supporting Actor (Samuthirakani), and Best Editing (Kishore Te). It was also nominated as India’s official entry for the Best Foreign language Film at the 89th Academy Awards.

Visaranai begins much like Lock-Up. Four Tamil migrants in Andhra Pradesh are arrested without a reason, and beaten mercilessly till they cough up a confession. But it’s one thing to read about it, quite the other to watch it. When the policemen rain lathis and fists on the men, your first instinct is to turn away from the screen, for the brutality, pain, and despair, in the movie, look and sound real. Vetrimaaran, who had ealier directed the National Award winning Aadukalam, was a perfect director for a subject this grim, for he’s known for telling the stories of ordinary Tamilians with conviction and heart. Several scenes in Visaranai indicate that Vetrimaaran understands both the oppressors and the oppressed. When the inspector frees Pandi (Dinesh Ravi) and his friends, Visaranai’s central characters, the four men—their eyes filled with gratitude, a faint smile on their lips—look at him, almost folding their hands; their gesture indicating that maybe it was them who caused him trouble. And moments later, when they go to a restaurant, they don’t eat their food but devour it, sweeping their plates clean, with the urgency of someone who’s thankful to be alive.

Visaranai, however, is more layered and complex than its source material: Chandran’s account in Lock-Up makes just half of the film. The other half revolves around the group’s brush with the Tamil Nadu police. When Muthuvel (Samuthirakani), a Tamil Nadu cop, vouches for Pandi (Dinesh Ravi) and his friends in court, setting them free, the story starts to turn on its head. Muthuvel is kind to these men, but not to a high- profile auditor whom he’s kidnapped with Pandi and his friends’ help. Vetrimaaran zooms out slowly, introducing the rest of the players (the Assistant Commissioner of Police, the District Commissioner of Police, the politicians), showing how deep the rot runs.

Through crucial scenes and plot points, Vetrimaaran shows his nuanced understanding of human nature, and how avarice and depravity transcend states and language. If the Telugu cops are corrupt, then so are their Tamil counterparts; likewise, there are compassionate people on both sides. Visaranai is unsentimental and uncompromised, never smoothing out its sordid truths, asking tough questions of us all.

It’s fitting that Chandran’s heart- wrenching account met Vetrimaaran’s sure-footed filmmaking, for the true impact of certain stories—especially those typically overlooked—are realised only when they are told well. Chandran’s screams, buried within the walls of Guntur prison, found a fitting release in Visaranai, which travelled internationally. This was evident at the film’s Venice premiere, where it got a standing ovation, and where many audience members apologised to Chandran, for our collective indifference to injustice. Chandran got no apology in Guntur, but he got one in Venice, 32 years later, prompted by a film on his life. Literature or cinema may not save lives, but they can at least imbue them with dignity.