Tharoor doesn’t even try to get into Modi’s mind 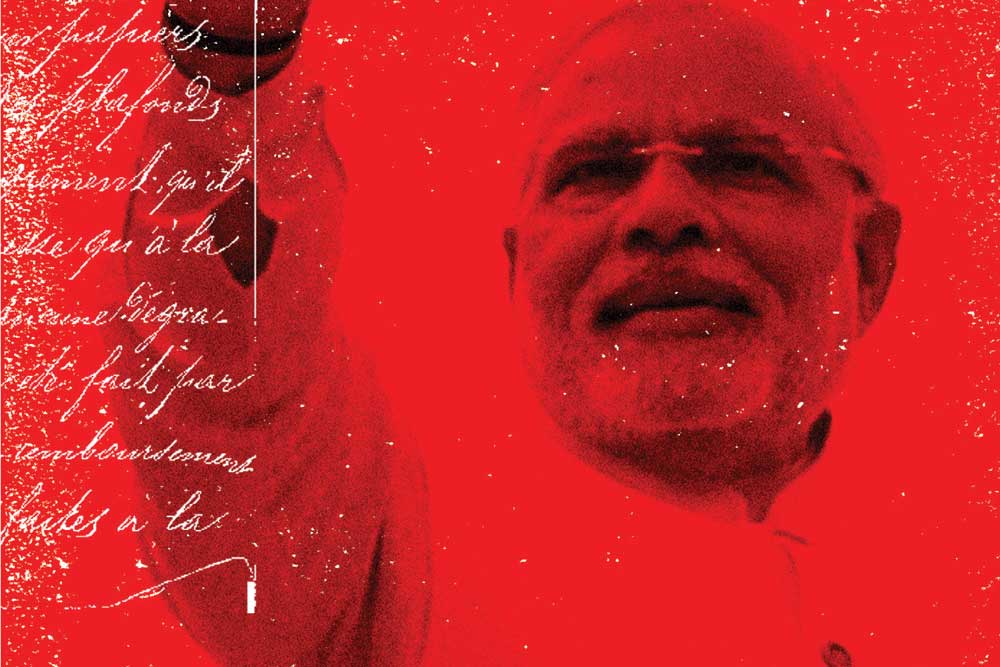 THE TITLE OF this book takes off from a hugely successful 2014 book with a very similar title, The Accidental Prime Minister by Sanjaya Baru. But there the likeness ends. While Baru had worked with Manmohan Singh for four years as his media advisor, and knew him quite well before that as well, Tharoor hasn’t had that privilege. Also, it is entirely likely that he wouldn’t regard that as a privilege at all because there are a lot of people who regard Narendra Modi as a parvenu. The Cambridge dictionary describes a parvenu as ‘a person of humble origin who has gained wealth, influence, or celebrity.’

Tharoor is quite the opposite—an erudite intellectual who grew up in a well- heeled family, had an excellent education, and is also quite a man of the world who is used to fine dining, rare wines, and the like. He tries hard in this book not to let the prejudice show through, and, unlike his colleagues in the Congress party, he refrains from calling Modi names. No maut ka saudagar, or chor or chai waala or neech for him; he is too polished a person for that.

But his sheer puzzlement at the Modi phenomenon is glaringly obvious. Or, as Americans would say, he just can’t get his head around it. Hence, perhaps, this book.

Modi, says Tharoor, often says one thing and does the opposite. This book is full of examples of this ‘paradox’, as Tharoor calls it. Actually, however, it is not a paradox at all; it is just the way all politicians succeed. To attain power, they make promises. To govern, however, they have to break those promises. In that sense, this book should have been called ‘Broken Promises’ or ‘Shattered Hopes’ or something trite like that. Not catchy, I concede, but certainly more accurate.

The book comprises 50 very passionately argued essays with properly marshalled what I call ‘factopinions’ on different aspects of the Modi ‘paradox’. Though overwritten, most of these chapters make a number of semi-valid points about Modi’s four-and-a-half years in power. Each has the same theme: Modi has failed, sometimes quite spectacularly. It’s a ‘take no prisoners’ approach to assessing a government. In practically all spheres, Tharoor points out, there has been an excess of promises, or at least the holding out of hope, and a corresponding dashing of expectations. Modi, for Tharoor, is the ultimate bungler.

But this is the lot of all prime ministers and presidents everywhere. I cannot recall a single prime minister who managed to fulfil his or her promises. It is only in retrospect that some of them are remembered with self-conscious fondness and nostalgia develops. Tharoor, who surely knows this, should have mentioned this, but doesn’t. That weakens his case.

That said, it is true that most people who started off supporting Modi, me included, were quickly disillusioned.

We have the huge list of charges against him, listed in detail in this book. They can be classified into two broad categories: ideological and operational. Tharoor flits between them with the ease of a practised debater. Context doesn’t seem to matter to him at all, and all government facts are wrong, and all claims are false by definition. This hammer-and- tongs approach reduces the worth of the author’s prodigious effort considerably, not least because he is truly capable of a more nuanced work. Tharoor dismisses this expectation saying Indian politics is not nuanced. So that makes you think, ‘O-ho, this is a political polemic.’

But there is a mitigating factor, which Tharoor neglects to recognise. This is that Modi means well. Tharoor is not willing to concede this even for a moment. Nor is he willing to accept that at least some of Modi’s way is aimed at setting high targets in the belief that, in the Indian system, even if a quarter of those are achieved, it constitutes huge progress. If you ask those who had worked with him in the PMO, they will tell you how much change Modi has managed to push through. The fruits of those changes will become apparent in the coming years.

There is also not much effort at trying to understand the way Modi’s mind works. That, I would have thought, would have been a sine qua non for explaining this paradoxical Prime Minister. A comparative analysis would have greatly enhanced the book’s value. Tharoor doesn’t even try.

Thus, Nehru’s mind worked on the basis of achieving a large number of ideals. Indira Gandhi’s mind worked on an entitled basis. Rajiv’s worked in a very trusting manner. Narasimha Rao’s mind was an indecisive one for the most part. Atal Bihari Vajpayee’s was a mix of Nehru and Rao. And Manmohan Singh’s was a risk-averse one.

But such has been Modi’s modus operandi that we have practically no idea of how he thinks. He takes huge risks and he avoids small ones. He talks of the collective good but promotes himself. The Hindu Hriday Samrat notion appeals to him hugely. But there is also, on the other hand, the urge to modernise traditional Indian beliefs. Here is a prime minister for whom practically all wisdom—and I used that term advisedly—can be found in ancient Hindu texts. But here is also a prime minister who strongly believes that the only hope to overcome poverty is through science and technology.

If there is a weakness, it is the tendency to hyperbole and the morbid terror of losing an election. For Modi, who has never lost an election, everything is political and about himself, just as it was for Indira Gandhi who genuinely believed that only her family had the wherewithal to govern India. Tharoor doesn’t delve into these comparative aspects at all. There is no effort to place Modi in a context, which is a pity because given his experience in government, his intellect and his wide knowledge, we could have had some valuable insights.

Instead he has focused on everything that hasn’t got done and, childishly, like his leader Rahul Gandhi, he holds Modi personally responsible for it. In a nutshell, then, the problem is not the content of this book because that is a matter of verification; it is the method which is entirely unobjective.

Tharoor forgets, or maybe doesn’t know, what Rajiv Gandhi told a foreign journalist in 1987. When he was asked what the difference was between being a pilot and a prime minister, Rajiv’s answer was heart rending. As a pilot, he said, I knew if I press a button the aircraft would turn or climb or descend. But as prime minister when I say something should be done, I have no idea what happens to the order; it just disappears.

In sum, this book could have gone beyond the usual stuff of j’ accuse politics. Sadly, Tharoor has chosen to take the path more travelled. It is a book written by a politician, not a serious analyst.