A Bridge across Rivers

Love and war in Portugal and India in the 16th century 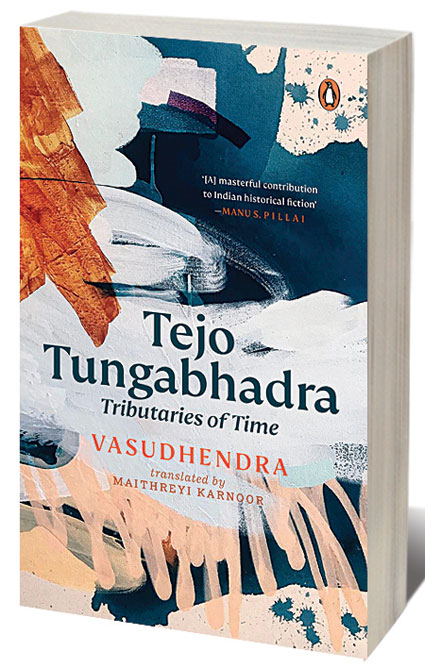 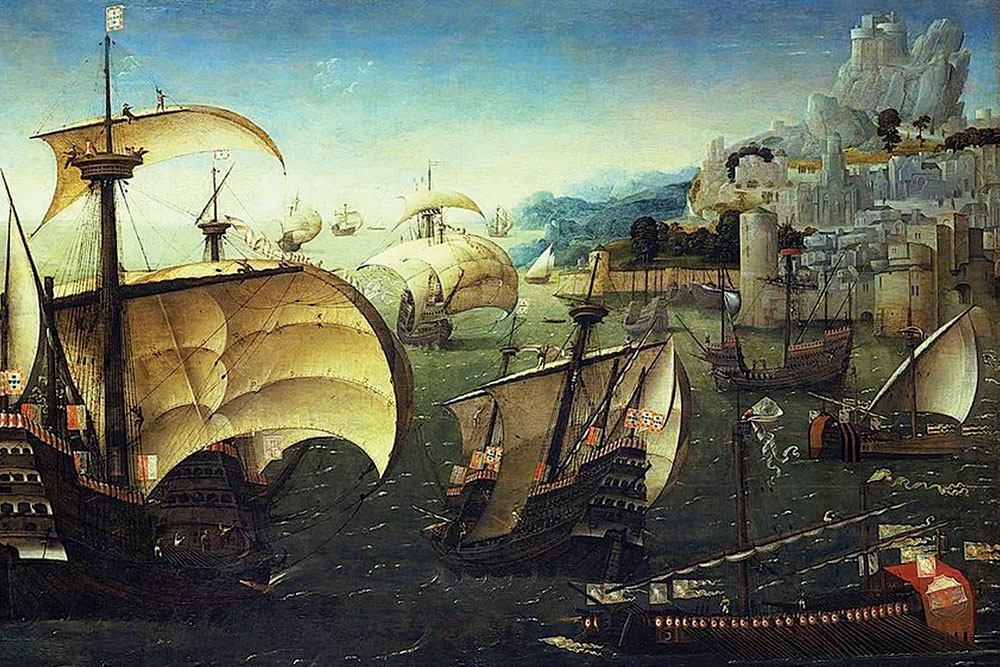 Colonial history is deployed as a broad canvas in Kannada writer Vasudhendra’s Tejo Tungabhadra. Ambitious in its scope and populated by colourful characters and historical events, the English translation of Tejo Tungabhadra, first published in Kannada in 2020 under the same name, is a noteworthy contribution to historical fiction in Indian literature. The translation retains its narrative originality with Maithreyi Karnoor’s clear-eyed translation, delivering the nuances in an inventive way.

Even as post-colonial retellings of Indian history are only gathering momentum, attempts at historical fiction have remained elusive in Indian literature. The genre has been relegated to the sidelines, even as rewriting it to suit the narrative of nationalistic supremacy is evidently underway.

Tejo opens in Lisbon, Portugal, in the late 15th century, where pepper is more valuable than gold, thanks to Vasco da Gama’s expedition that brought back the gastronomic valuables from India. In the city, a friendship develops between two youngsters, a Jewish refugee Bella and Gabriel, a Portuguese. Things are tumultuous for the Jewish people, forced into exile by the Spanish (Castilians) after the enactment of Alhambra Decree by the Catholic monarchs in 1492. The existential threat to Jewish people looms large in Portugal even as Gabriel sets sail to India—seeking riches in the land of spices so he can gain Bella’s hand in marriage.

Meanwhile, in another corner of the world in the Vijayanagar Empire, just on the verge of King Krishnadevaraya’s coronation, another love story is brewing. The love story is in the backdrop of religious disharmony—Muslims and Jains gain visibility in the kingdom—but it’s the Shaiva/Vaishnava sects that are at odds with each other.

Keshava, the sculptor, and Hampamma, the village maiden, fall in love in Thembakapura but the latter already has a suitor in the name of an erstwhile wrestler—Mapala, who challenges Kesava for a duel and eventually, loses it. With Mapala’s wife committing sati, the couple’s little girl Ishwari’s upkeep falls on Hampamma.

Despite this stormy background of colonialism and antisemitism that begins to shape the geopolitical landscape on the cusp of the 16th century, the novel’s focus is firmly on the personal. Each chapter reads like a set piece packed with thrilling and amusing personal stories, its eventful anecdotes further laced with engaging drama.

The symbolism of the two titular rivers, Tejo in Lisbon and Tungabhadra in the Vijayanagara Empire, as a stand-in for the horrors unleashed by colonialism and suppression is somewhat, rather ironically, reversed. While Tejo flows quiet, unmindful of the terrors and subjugation Portuguese colonisers would eventually bring upon the indigenous population on Indian shores, Tungabhadra where the horrors unfold, is portrayed as a fierce force of nature, dangerously swelling, and breaching its shores and teeming with crocodiles.

After Vasco da Gama returns with riches to Lisbon, Albuquerque’s motley fleet sets out for India, on which Gabriel sails. It loots on its way before anchoring on the shores of Kochi. The hardships on the ship form one of the most viscerally memorable passages of the book.

The multi-layered narrative can sometimes befuddle the reader by switching between characters. It may have been unavoidable given the book’s scope. On the other hand, monologues are plenty while the book looks inwards into the psyche of its characters even as it denies the reader more than generic descriptions of places, another reason it seems to lack a distinct sense of place.

Some disquieting aspects of the book include the invisibilisation of the enslaved (nameless Black slaves appear and disappear in the novel) and the normalisation of caste supremacy (the reformed Indian “slave” Jacome, aboard Gabriel’s fleet, laments the brutality caused to Brahmins by da Gama’s colonial contingent upon their landing in India). Despite its shortcomings, Tejo Tungabhadra is an ambitiously rendered novel with a grandiose and adventurous narrative.