Between History and Memory 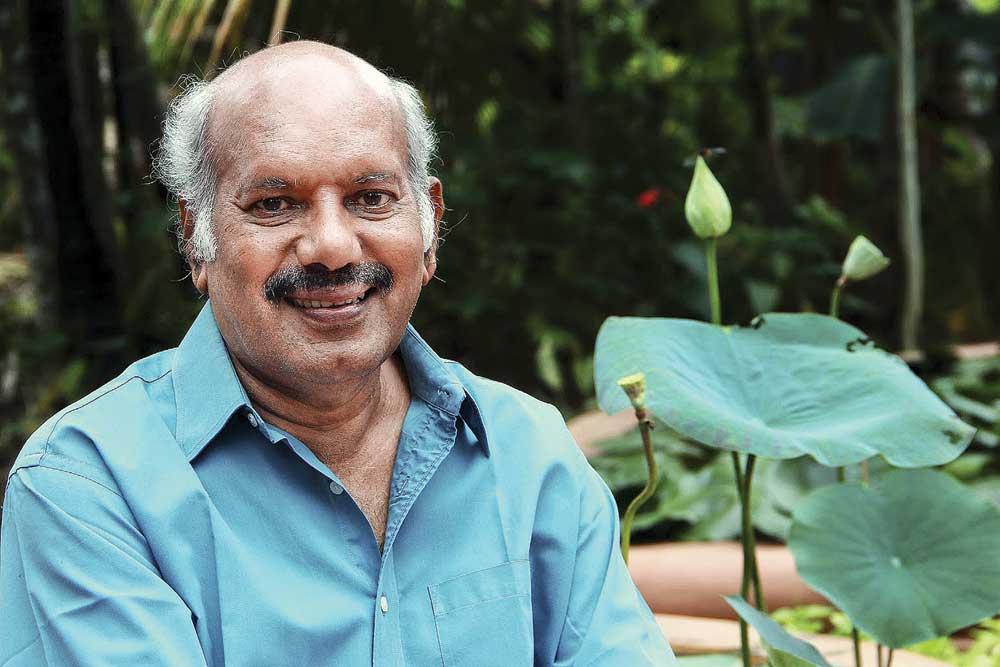 THE WRITER AT his most ambitious is God—he does not just create life but also the laws that govern life. An apple dropped can float up by just a scribble of his pen, and if he is clever he knows that. The only check to this absolute power is getting the reader to be complicit in the new universe. If he can manage that, then the creation is complete. In The Saga of Muziris (Marupiravi in Malayalam, translated by Prema Jayakumar), A Sethumadhavan, better known as Sethu, crunches time in an unusual superstructure of a novel within a novel, juxtaposing the present against the immediate past, the immediate past against the ancient past, and colliding them through a thread of loss and continuity.

The book begins with Aravindan, a retired Malayalee settled in Mumbai being called back to his village Chendamangalam by a friend, a historian who is keen to study the excavations that are happening in the area for Muziris, a fabled port that was key to the trade links between Kerala and the Roman Empire two millennia ago. Aravindan decides to go on a short visit and gradually both the roots that he thought he had left behind and Muziris work their way into him. In the first part of the book, he gets acquainted with his past and the history of the place, and then, as if propelled by some inner need, he wants to imagine and enliven it, and so takes to the pen. Jottings turn into a story set in Muziris. This is the second part of the book. The third part finds Aravindan back in the present, reminiscing about the place and its people as he had once known it. In the fourth part, characters Aravindan created in ancient Muziris hop over to the present but not disconnected from their history. They break out of the confines of time, just like Muziris, which he deems indestructible, only ever-changing.

This year, Sethu completed half a century of writing. In 1967 his first short story, around a devastating drought that he had seen in Bihar, was published in Mathrubhumi. It took another 10 years for the novel Pandavapuram, a runaway entrant into the classics section. Its subject was a woman abandoned by her husband without an explanation, who creates an imaginary place as sanctuary against her bewilderment and anger. The book has been translated into Indian and foreign languages, even a Bengali movie was made on it. In Malayalam, Sethu is part of the modernist wave who from the 1960s onwards defined the literature of the language—a wild bunch among whom he stood as a sombre affable presence, leading a double life as a banker and a writer exploring from many corners the inner lives of his characters in 18 novels and numerous short stories.

The Saga of Muziris, he says, is unlike anything he has written before. He, like Aravindan, is from the village of Chendamangalam, a few kilometres from Pattanam, where archaeologists have been conducting the Muziris excavations. It has thrown up an extraordinary number of artefacts. Sethu used to often visit the Pattanam site when the work was going on and felt dragged into the story. “Pattanam threw up interesting clues, not conclusive evidence. As a person from that area, I had a duty to recapture that period. Because unfortunately Kerala history is silent before 8th or 9th century AD. There is a huge void over there. Where history is not recorded, where historians are silent, it is an area where creative people should get in,” he says.

He spent almost five years in research and while he found that historians often didn’t agree, he arrived at a possibility of what might have been. “By my reckoning, these [foreign] traders came to that area during the pre-monsoon period when the south west wind blows. They used to sail from Berenike in the Red Sea and reach Muziris on the 40th day. They would be there for three months for purchasing spices, especially pepper. They then took the north east monsoon route when the wind blew in the reverse direction. During those three months, what would they do? They were rich, and brought gold also. And at that time, they would have mixed with the women over here. Sailors have a culture of their own. I wanted to recreate that period in Part II by pure imagination. I got leads from the [ancient Tamil] Sangam poems [which has mentions of Muziris and the trade],” he says.

PART II IS historical fiction. In the world that Aravindan is imagining, there is a prominent but distressed family led by a woman called Thanka who takes a foreign trader, Adrian, into her home as lover. In return, his gifts make her family affluent. She has a daughter, Ponnu, who is also shared by him; and they in turn have a daughter Kunkamma. As trade declines, Adrian stops coming and there is a metamorphosis in each of them—greed and ambition take over Thanka, Ponnu pines for Adrian, and Kunkamma feels betrayed at a promised relationship with Adrian’s son not culminating because he thinks of her as his sister. In such bleakness, the story ends to be picked up again in Part IV. Here Sethu uses an extraordinary device. He brings Kunkamma to present day Kerala as an entrepreneur fulfilling Thanka’s ambitions. The port at Muziris, which had withered and finally silted up because of a flood in 1341, is reborn with the setting up of the Vallarpadam Container Terminal to which Kunkamma’s company supplies containers. Kunkamma is present in both ancient Muziris and its reincarnation but as the same person with the same history and memory. It is not magical realism or surrealism; she just casually jumps time. “When the Vallarpadam Terminal came up, it struck me that this is a rebirth of that period. That is why I called it Marupiravi in Malayalam. Then I thought why not give a rebirth to Kunkamma and her aide,” says Sethu.

This story of Thanka and Kunkamma is half of The Saga of Muziris; the other half is Aravindan tracing roots through memories, associations, local myths and in those who remained behind, unable or unwilling to migrate to a better life. He remembers his Jewish friends who left for Israel. Another unusual device that Sethu uses is the inclusion of real-life characters in the story. Some are the archaeologists involved in the excavations. A 10-year-old named Athira who collects and stores beads from the ground without knowing the history they hold is a brief flourish in the prologue. She exists. There is also Eliahu Bezazel, who left Chendamangalam to go to Israel after its formation and became a pioneer in horticulture there. Through an interview with Bezazel, Aravindan traces the departure of Jews from Kerala, their yearning and fears and the bonds that many of them have with their native land. Bezazel, in fact, after a lifetime contributing to Israel’s transformation, in his old age purchased a plot of land in Chendamangalam where his earlier ancestors had lived. When Aravindan asks him why a house is needed there, he replies, ‘It is for the coming generations. They should realise that this is the earth in which my ancestors sleep.’ Aravindan too wishes to pass on his history, bequeathing what he is writing to his granddaughter. And Sethu says that he himself wrote The Saga of Muziris because the young are disconnected from history and to bring them back to it can also be in the domain of the writer.

The launch of The Saga of Muziris was to happen in the Kochi Muziris Biennale, and a day before, he received a call. “Sethu, I am here,” said Bezazel from the other end. They had last been in touch years ago when he had been researching. This was unexpected. The next day, it was Bezazel who received the first copy at the function. And then he took a few more copies back to Israel. He wanted to hand it to a few of those who had migrated from Kerala, because connections bound by a common past don’t end. As Aravindan tells himself, ‘When fresh blood from the new age flowed into the arteries that did not know decay, history repeated again. A mingling of countries and continents that was beyond the simple coming and going of ships and merchandise.’