A biography of water, the Gita refreshed and a record of sounds 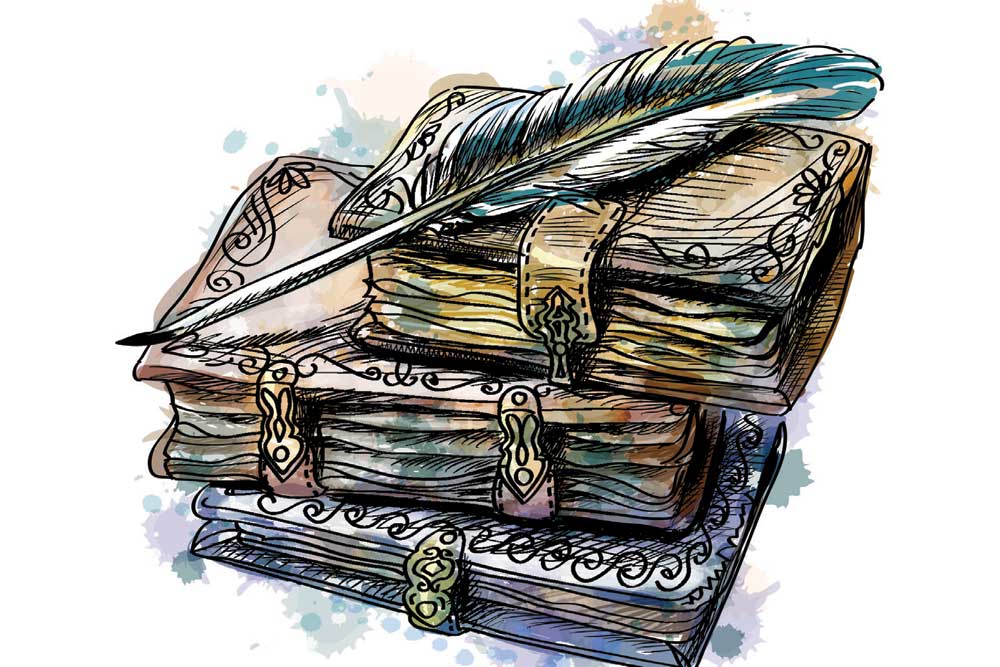 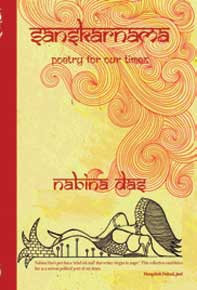 Sanskarnama is a record of our times, and like most historical tracts written by poets, it is a record of sounds. Here the he-said-she-said comes to us from news reports and obituaries: the ‘namami namami namami’ which tails the Brahmaputra or the ‘Inna lillahi wa inna ilayhi raji’un’ that moves behind little Junaid’s death. This collection has been published by Red River Books, and it’d be unfair if I did not say anything about the significant contribution this tiny independent publisher has been making to Indian English poetry in the last couple of years.

Godsong: A Verse Translation of the Bhagavad Gita with Commentary: by Amit Majmudar (Viking) 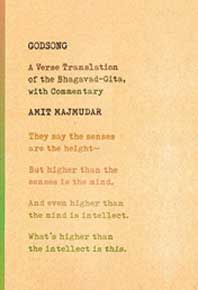 This is one of the finest books I’ve read this year. Majmudar, a poet and a diagnostic nuclear radiologist based in America, calls the Gita ‘the greatest poem on friendship … in any language’. The translation (or interpretations if you will) is affectionate, but it is the commentary that has made this book valuable to me. Here is Majmudar, writing about Hinduism and its ‘thousands of Gods and Goddesses’: ‘Syncretism is the wrong word. Hinduism does not syncretize, it devours and incorporates. That is why the Buddha, after a long period of rivalry, got absorbed into the sequence of Vishnu’s avatars, and why Mahatma Gandhi used to quote Jesus at every prayer meeting but had no interest in converting to Christianity.’ 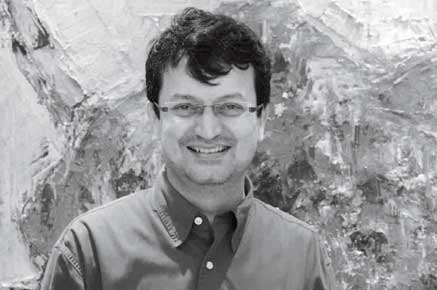 After an intellectual enquiry, in verse, into the nature of time through the concept of sataka (the century) in Central Time, his previous collection of poems, Hoskote now turns his attention to another kind of flow—the sea. His art curatorial work in the last few years has also been related to creating an archive of those who lived on and by the sea. This is a biography of water: whether it’s ‘sour saliva’ or rivers that ‘trap the shadow of fish’, Ahab or boatmen living on it, or water invisible— ‘spray the swinging air with soap’.

We Live in the Newness of Small Differences: by Sohini Basak (Eyewear Publishing) 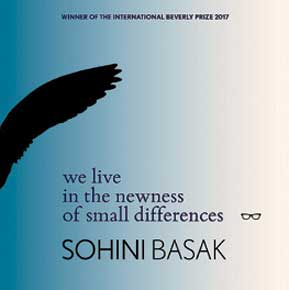 Sohini Basak’s world is utterly her own, and such is its charm that we want to live in the frayed memory from which her poems come. This is an old world, old not because of the passage of time, but one where things were born old—a rundown world whose ‘dim light’ enchants: ‘Not a degree of brightness but a thing/ shaped by soot, glassed by kerosene,/ this egg or eggplant-bellied chimney lamp/ would be set down by my grandmother/as soon as the lights went out—on table-tops,/bathroom shelves, stairway corners—and being/ set down it would conjure fist-finger dogs, doves/in flight without feather, crickets with legs/full of song,/against the backdrop of some garrulous/frogs.’ 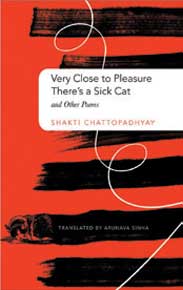 With an introduction by the poet and scholar Shankha Ghosh, this book introduces Shakti Chattopadhyay to a new readership. ‘At the level crossing stands the train/ Are you reading, just like that, Hart Crane?’ Lines like these keep bringing one back to Chattopadhyay— for unexpectedness, for whimsicality, for a rejection of decorum. The poetry is there in the titles too, which often have little relation to the poem: ‘You Believe in Faith, You Believe in Giraffes Too’; ‘The Quilt Border and the Mud Hut’, and so on. These are poems where one has forgotten that we will one day be corpses, too. 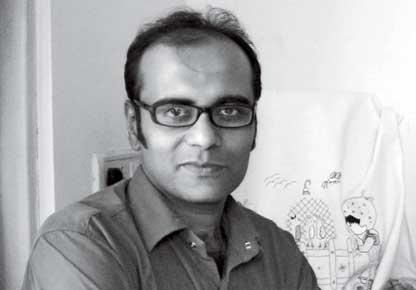 Translated from the Bengali by Dolonchampa Chakraborty and Arka Chattopadhyay. Saubhik De Sarkar writes from the Dooars region of northern Bengal, a place that used to be under- represented in Bangla—and, of course, Indian English—literature. This collection of poems, available to us in English now, translated by writers who know the bones of both languages well, introduces us to a 19-year-old poet (when Saubhik De Sarkar’s first collection of poems was published). The use of a hospital as a metaphor, which I’ve only lately discovered has its own tradition in modern Bangla literature— ranging from figures as diverse as Rabindranath, Jibanananda Das and Binoy Majumdar—becomes something new in the young poet’s hands. What one takes from these poems is the calm of soil, of being invisibly alive. 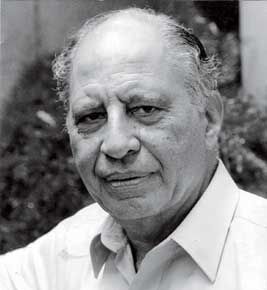 This collection brings us, again, Daruwalla’s interest in myth and history, their intersections and interactions. Arundhathi Subramaniam, in her foreword, reminds us that though ‘birds might be migrating towards newer myths’, Daruwalla’s gaze is turned towards the past. There is confusion, confusion that comes from the lack of cartilage connecting past to present or truth to fiction—‘we sat together sifting hallucination/from fact’. Perhaps that explains the recurring image of reflecting surfaces, to hold in it the breath of deception: ‘She doesn’t look for mirrors anymore’. And so Daruwalla ‘look(s) for/light in the brown cave of solitude’. 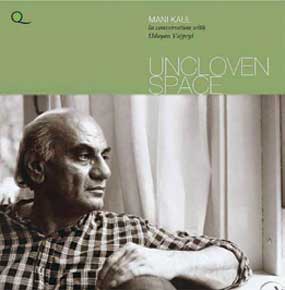 I’m going to cheat on the last entry. This is not strictly a book of poetry, nor was it published this year. I discovered this book in February, and bought it promptly from its translator, the filmmaker Gurvinder Singh. It’s a record of a conversation between the filmmaker Mani Kaul and Udayan Vajpeyi about films, music, art, literature, time, space, life, and linking all of these is a deep affiliation to the poetic. I chose this book also because we’re not conditioned to think of interviews as a genre that can house the poetic, but whether it’s an interview or a discussion, or a Beckettian dialogue or the conversations in Plato’s Republic, the formless form of an adda can be a natural home of the poetic. Here’s a sample from the book: ‘Things should not begin with an idea but arrive at it’. Or, ‘Death is essential’.