Back to the Barracks 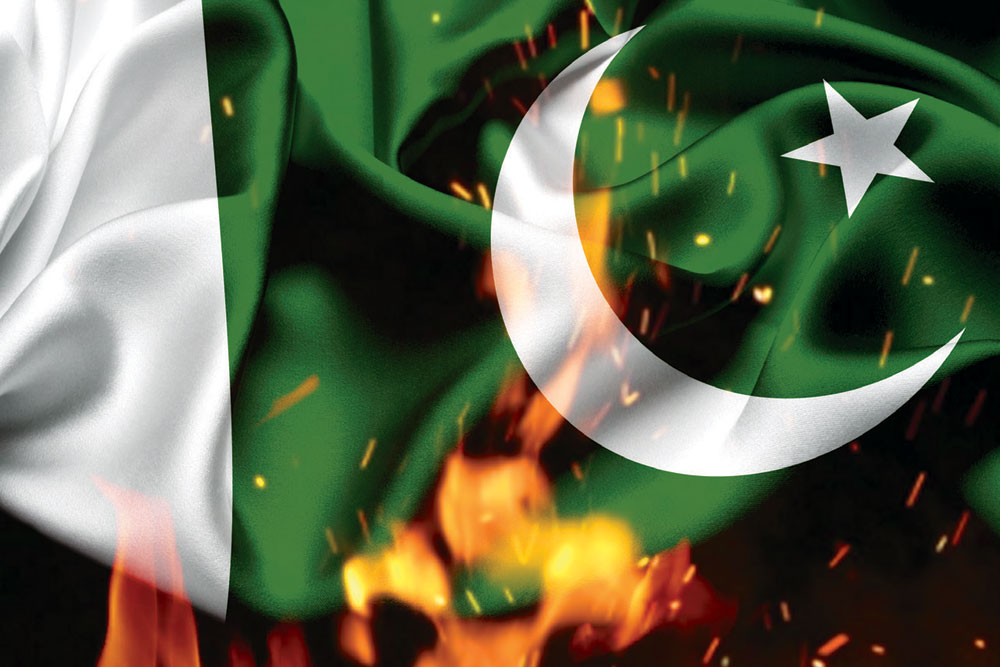 WHEN A FORMER Chief of ISI writes a book on Pakistan, one expects plenty of insights. General Asad Durrani doesn’t disappoint there. But when he calls the book Pakistan Adrift: Navigating Troubled Waters one is tempted to say, ‘Oh! no, it’s the same old story again.’ Because so many books have been written on its impending demise or its directionless movement that it hardly makes news.

Durrani writes, ‘I concede that, at the best of times, the defence forces have provided only a limited space for the country’s grassroots development by non-military means. The basic bricks to build the nation… are something more robust—the character of the people and the society.’ I wish he had begun the book with this profound observation and had gone on to explain why it is so and what can be done to prevent it. Unfortunately, this comes as the concluding remark of his 258-page book.

When someone talks of a nation going ‘adrift’, one expects the author to put his finger on a particular point, either a time frame or an event as to when exactly the nation turned away from its original impulse. For Durrani, however, there is no specific date or event when the country started drifting. What he means is that most of the time its leaders were reacting to events rather than initiating them and that the totality of the context determined the nation’s response. He seems to refer to major events such as the Soviet invasion of Afghanistan, 9/11, India’s nuclear test as the stimuli to which Pakistan responded. That is to gloss over a whole history of intended misdemeanours and evil designs.

Durrani’s focus is not so much on the ‘drift’ as it is on his own personal role in office and out of it.

‘The uprising in January 1990 took us by surprise [Durrani was the Director General of Military Intelligence at the time],perhaps also because the unrest was atypically led by urban youth, educated but unemployed. At that nascent stage, except for the need to watch further developments, no major decision was advised… The unrest picked up pace and became a mass movement… The ISI persuaded the Kashmiri resistance to form a supreme council. So the Tehreek-e-Hurriyat-e- Kashmir was born… but the Hurriyat did not quite serve the purpose. The Indo-US nexus was quite powerful [he was told by US Ambassador Oakley that on October 1st, 1990, the Pressler amendment would be revoked and Pakistan could be ‘charged with abetting terrorism’] and Pakistan suffered from institutional instability and lack of political cohesion. Consequently, under pressure, it committed a cardinal sin: it left the resistance to its own devices.’ So the Indian narrative that with the withdrawal of the Soviet Union from Afghanistan in 1990, the Mujahidin were diverted to Kashmir, differs widely from Durrani’s version.

On Indo-Pak relations, Durrani holds that the Vajpayee-Musharraf joint statement of January 6th, 1997, is still the way to go forward. ‘The very fact that the framework evolved in 1997 had survived nuclear tests, the Kargil episode, a military coup, 9/11 and the standoff of 2002, proved that it was a robust construct… The logic of the composite dialogue was prudently based on resolving contentious issues at a deliberate pace.’ Later on in the book, he acknowledges that ‘these days… so many polls in Kashmir indicate majority support for the independence option’. Does this mean that Pakistan would step back?

On Afghanistan, Durrani admits that ‘mullahs can lead prayers, or even wars, but cannot dominate peacetime politics. Moreover, the Taliban ideology was anathema to the Afghan society and their imposition of a centralized rule over the tribesman could not be endured for long’.

Durrani has much to say on the events of 9/11 and the war on terror. However his gripe about the treachery of the Americans seems to be recurring theme

Other insights: ‘As the first decade of the US-led occupation was drawing to a close, even the NATO convoys had to pay the Taliban to move in comparative safety: $150 million in 2011 alone. A similar amount per annum was their due in the drug trade. Every year nearly $500 million flew into the Taliban kitty from Western sources.’ That is probably much more than the budget of ISI. One can well understand why the Taliban becomes such an important stakeholder in Afghan politics and how it is increasing its area of dominance. That also explains why Imran Khan became ‘Taliban Khan’. They must be his biggest financiers. Knowing full well that the Afghan people will never accept Taliban rule, why is the Army pushing the Taliban for a stake in Kabul? Durrani has no answer but instead has a poser to the West: ‘If the Taliban, a rag-tag militia helped by the failing, fumbling, stumbling state of Pakistan could frustrate the world’s mightiest alliance (NATO), … the duo should be given a big hand.’ It never struck him that the Godfathers of ISIS do not own up its parentage for a good reason, because States are not supposed to sponsor such outfits, in the first place!

On the US, Durrani has much to say on the events of 9/11 and the War on Terror. However, his gripe about the treachery and capriciousness of the Americans seems to be a recurring theme in the book. Surely, the Americans would feel the same about Pakistan for its duplicity, particularly after paying them billions of dollars for their service for over three decades.

Durrani, unlike his ilk in uniform, is an intellectual and is shrewd enough to raise real questions without providing any answers, such as the ISI’s relationship with the terror groups operating within and outside; the killings of Shia Muslims; the dispossession of Baluch people; the creation of Muttahida Qaumi Movement, and later of the MQM Haqiqi causing internecine wars among the Muhajirs in Sindh; the creation of Afghan Taliban; the promotion of proxies to carry out attacks on the Indian Parliament and the Mumbai 26/11.There are no explanations for the Army or the ISI’s rationale in pursuing such destructive policies. The book has a lot of inside information, but nothing that could shake you up and say, here is a man who Pakistan should be listening to.

For Durrani, however, there are more pressing issues, of toppling civilian governments. Durrani, along with the then Chief of Army Staff, General Aslam Beg and the head of ISI General Asif Nawaz, tried to steer the nation out of the dangerous hands of Nawaz Sharif in 1993, because his ‘credentials for the post of PM were not [good]’ and his ‘commitment to democracy was also suspect’. That’s a bit rich, coming from a General who played a repeated role in toppling governments. Incidentally, Nawaz Sharif was a creation of the Army hand- picked by General Zia as his Minister for Finance in 1981. And General Durrani arranged 70 million Pakistani rupees from one Younas Habib, a banker in Karachi to fund the bankrupt Islami Jamhoori Ittehad led by Nawaz Sharif.

The fact that a few men in khaki, having no constitutional authority, fund a leader to oppose Benazir and later conspire with the President to overthrow him and do the same with Benazir a few years later is never seen as undemocratic or an unconstitutional act tantamount to treason. For that’s how far the country had ‘drifted’.

Durrani, however, is not completely without self-doubt. ‘The army’s takeover of power, whatever else it may have done to the country never did any good to the service,’ says the author in a fit of confession. His concern for the Army is so touching, but there is no such feeling for the poor country that has been ravaged by repeated army takeovers.

Musharraf’s ‘Kargil enterprise was an unmitigated disaster’ and he was ‘too full of himself’ and ‘boasted of getting away with the murder of Nawab Akbar Bugti’. In all this, the Army is not navigating through troubled waters; it is creating cesspools of discontent and turmoil over which it has lost control.

The underlying theme of the book is that what the Army did was ‘necessary’ but what the ‘politicos’ do is harmful and the Army must constantly guard against them. To protect what? Democracy? Islam? Territorial integrity (after the loss of one huge chunk)? In all fairness, Sir, the Army should go back to where it belongs, the barracks, and give politicos a chance. Can they do anything worse?