Ignore the scary stories about milk. Just drink it 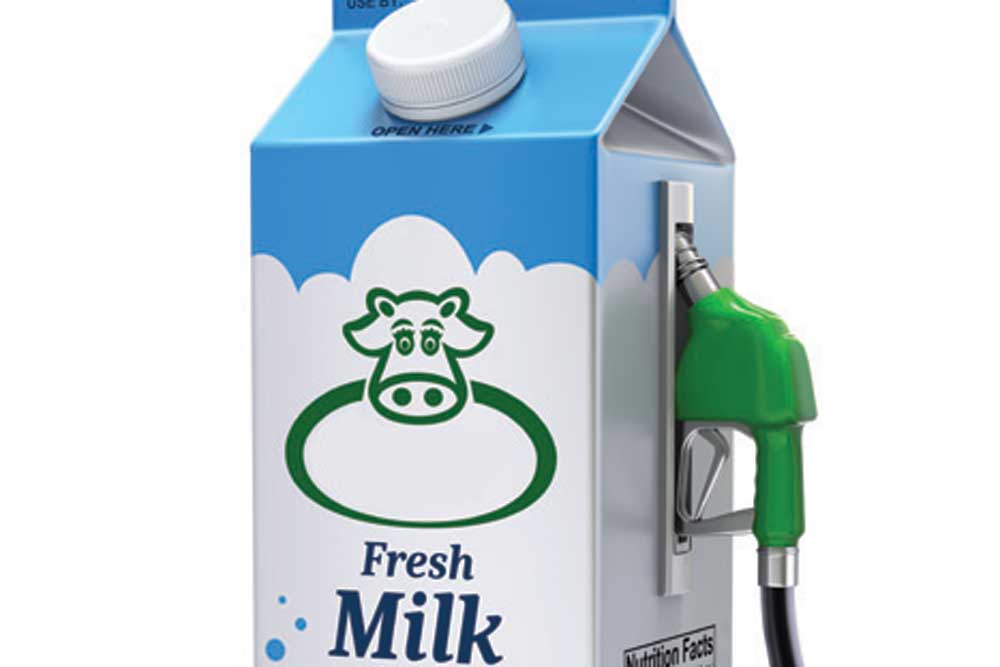 MILK HAS BEEN a part of human diets for thousands of years. In India, cow and goat milk consumption was common during the Indus Valley Civilization. The importance of the cow as a source of milk is probably one of the chief reasons it was venerated in the ancient cultures of India, Egypt and Greece. Worldwide, cow’s milk continues to be the most commonly consumed. In India, where the cow is still worshipped, more than half the milk production is from buffaloes.

What is it about milk that makes it such a popular food? Apart from the general ease of availability, the fact that milk is a rich source of protein and calcium makes it a saviour for many undernourished populations. A 200-ml cup of cow’s milk contains about 140 calories and 6.5 gm protein (casein 80 per cent, whey 20 per cent), 10 gm sugar and 6-7 gm of (mostly saturated) fat. Buffalo milk is thicker, contains 100 per cent more fat, and almost 40 per cent more calories than cow’s milk. Milk has good quality protein with large amounts of essential amino acids. Milk is also a rich source of B vitamins like riboflavin and B12. The challenge in milk is its saturated fat content, which is thought to be bad for the heart, although this has been questioned recently. Excess milk consumption has been associated with weight gain due to its high fat and energy content. Hence milk from which fat has been partially removed (low fat milk) has become popular.

Despite such qualities and a long history of consumption by humans, milk remains a subject of controversy. Intolerance or allergy to milk or its constituents is not uncommon. Lactose, the sugar in milk, needs to be broken down in the gut by the enzyme lactase. Partial deficiency of lactase is common in Asians, especially in adults, as children seem to lose their ability to produce lactase as they grow up. Lactose intolerance leads to bloating, ‘gas’, cramps and diarrhoea. Often these symptoms are minor and can be overlooked. Healthy options for lactose intolerant individuals include plant milk, like almond milk and soya milk. However, almond milk contains less protein and unfortified soya milk contains less calcium as compared to cow’s milk. Yogurt, especially Greek yogurt, is also found to be tolerated by some lactose-intolerant individuals.

A major controversy exists regarding casein in milk. A1 and A2 are the major variants of beta casein. The A1 variant is broken down by digestive enzymes to release a peptide which has been shown experimentally to have some ill effects, but convincing human data is lacking. Buffaloes, the major source of milk in India, exclusively carry A2 (good) genes. Indian cows also predominantly carry A2 genes, although there is some increase in A1 gene prevalence in India due to cross breeding. This has been used to condemn milk indiscriminately and without sufficient evidence, often overlooking its beneficial properties. Some experts feel that the breeding of A2 gene-carrying cows should be encouraged in India rather than cross bred mixes of A1/A2 cows.

Bizarre, baseless allegations that milk may promote osteoporosis are also floating around on social media. Milk lends itself easily to fortification with vitamin D because of its fat content. Most Western countries add vitamin D to milk to make a bone building ‘cocktail’—calcium, protein and vitamin D. Populations with poor calcium and protein intakes and low vitamin D levels— like much of India—will benefit immensely from the increased intake of these nutrients. A review of seven major studies published in the Archives of Osteoporosis in July this year suggests that the use of vitamin D-fortified dairy products could substantially reduce the burden of osteoporotic fractures while being an economically beneficial strategy as well.

Milk production in India has tripled in the last 25 years. Per capita availability has also doubled during this period to reach 320 ml per day. However, despite this progress, about 40 per cent of India’s children are undernourished. Recent data pegged our daily average calcium intake below 400 mg/day, which is among the lowest in the world. Economic inequalities and dietary habits lead to wide variations in milk consumption. Milk fortification with vitamin D is now being actively encouraged by the Indian Government. Over a period of time, this will certainly lead to a decrease in the severity of vitamin D deficiency in India.

Instead of getting carried away by half-baked stories on social media, we should ensure that our children drink enough milk to build better bones. Adults, especially the elderly, need enough protein and calcium too, and milk is a great source of these nutrients. If you are worried about weight and cholesterol, using low fat milk may be the answer, instead of depriving yourself of the elixir of calcium and protein.