Hepatitis B and C: A Bigger Killer 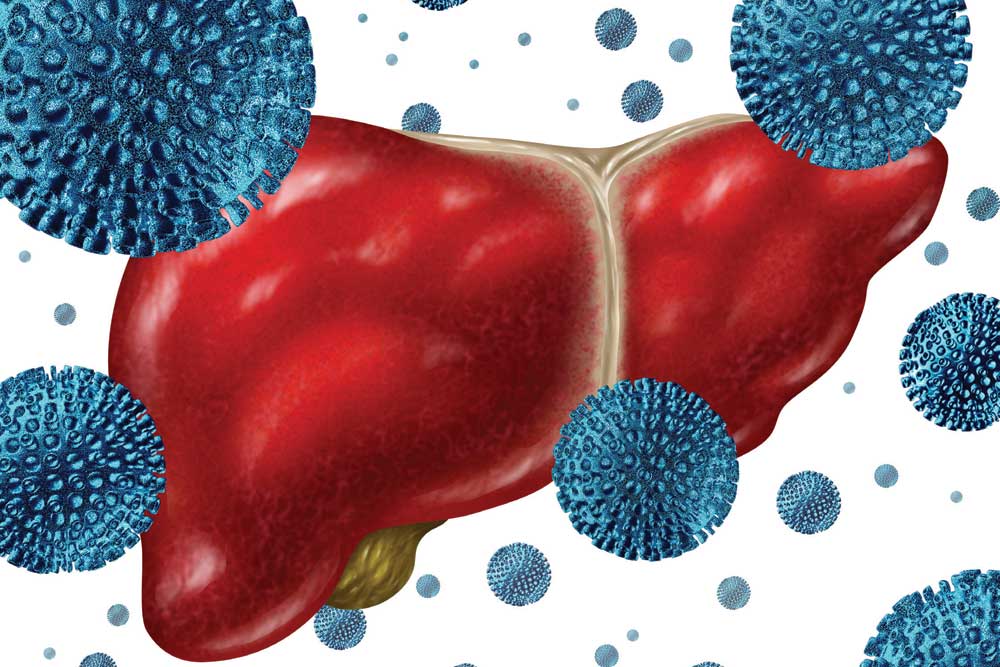 THE COMBO OF method-acting with a deep, stentorian baritone belies a deadly viral strain that has rendered the liver of Bollywood veteran and one of India’s most revered actors, Amitabh Bachchan, scarred. In 2015, the star made a startling revelation about surviving only on 25 per cent of his liver, having lost the remaining 75 per cent to the life-threatening Hepatitis B virus. At that time, the actor issued a statement saying the infection came to him accidentally. “After my accident on the sets of Coolie (1983), I was infused with the blood of 200 donors and 60 bottles of blood were injected into my system. The Australian antigen Hepatitis B had only been detected three months ago and it was very new for being detected also among various tests needed to be carried out before giving blood to another patient. One of my blood donors was carrying Hepatitis B virus which went into my system. I continued to function normally till the year 2000 and almost 18 years after my accident, during a very normal medical checkup, I was told that my liver was infected and I had lost 75 per cent of my liver.” That’s the bad part. Conversely, Bachchan added: “The good part is that you can survive even with 12 per cent.”

Hope is the placebo the medical fraternity too is tossing up at a time when 52 million Indians grapple with both Hepatitis B and C infections, though the latter is now curable over three to 12 months. Together, the viruses snap up 150,000 lives a year countrywide. There is no cure, however, for Hepatitis B—only treatment that can suppress the infection. In a way, medical science is still searching for answers as the strain afflicts 257 million people worldwide and kills in the millions too. Every minute, two people in the world lose their lives to Hepatitis B either from severe and irreparable liver damage (cirrhosis) or liver cancer. Ironically, less than 10 per cent of the patients infected by Hepatitis B are even aware of it.

Hepatitis B is a blood-borne transmissible virus and early detection is often the best remedy to suppress the condition. With World Hepatitis Day just gone by on July 28th, it is worth noting that hepatitis is a bigger killer than the communicable triumvirate of HIV/AIDS, tuberculosis and malaria. In 2016, the total deaths caused by the five strains of hepatitis (A, B, C, D and E) stood at 1.34 million while tuberculosis claimed 1.2 million, HIV/AIDS 1 million and about 719,000 fell victim to malaria. However, of all the forms of hepatitis, B and C are most common, and responsible for 96 per cent of overall hepatitis mortality. As such, hepatitis refers to inflammation of the liver and the virus just chomps off the healthy liver cells, scarring one of the pivotal organs in the human body that filters the blood coming from the digestive tract before passing it to the rest of the body, detoxifies chemicals and metabolises drugs. Simply put, hepatitis attacks the purity quotient of humans from within.

Typically, about 90 per cent of Hepatitis B carriers are infected at birth with mother-to-child transfer of the virus during pregnancy or at the time of delivery. Unsafe surgical procedures and medical practices like the use of unsterilised needles and equipment, beauty treatments like pedicure and manicure, unsafe needles used by intravenous drug users and even the millennial tattooing craze can lead to infection. Hepatitis C, on the other hand, spreads when a person comes into contact with fluids and secretions from someone else already infected with the virus.


At the Institute of Liver and Biliary Sciences (ILBS) in Delhi, one man is waging a war on the infection—he refuses to call it a “disease”—and firmly holds that the condition can be reversed with treatment, and suppressed for life in the case of Hepatitis B. Dr SK Sarin, Director of ILBS, stresses the need to protect people affected by hepatitis from prejudice and bias and highlights the need for fighting myths and misconceptions associated with the disease. “Several instances of discrimination and rejection against people with hepatitis have come to light over the past few years, including in the field of medicine. Not only have people been denied jobs because of being diagnosed with hepatitis, many are also denied work visas to some countries if they are victims of Hepatitis B. This is why we feel that the government should initiate strong policy measures to address discrimination and stigmatisation of patients. Enacting a law to ensure the Right to Live without discrimination must also be considered,” he says.

All this, when the government has already enacted a law that prohibits discrimination against persons with HIV and AIDS. The Human Immunodeficiency Virus (HIV) and Acquired Immune Deficiency Syndrome (AIDS) Prevention and Control Act, lays down clear guidelines against discrimination and places obligations on organisations to safeguard their rights.

With a growing taboo that alcohol and unprotected sex are the main culprits behind liver diseases, ostracisation is rampant. Dr Sarin is categorical: “Many patients with chronic hepatitis experience shame, decreased self-esteem, fear, depression and isolation. There is a sense of guilt where they hide the disease or blame themselves for being careless about prevention. Hepatitis B and C can only happen through blood transfusion.” That should put to rest all of society’s misgivings about Arthur and Lothario at one go. Neither alcohol nor sexual promiscuity leads to hepatitis. But naysayers always outweigh the crusaders.

Not only have people been denied jobs because of being diagnosed with hepatitis, many are also denied work visas to some countries if they are victims of Hepatitis B,” says Dr SK Sarin, director, ILBS

Take the case of Shubham Gupta (name changed) who met the love of his life in a Rajasthan medical college and married her four years ago. He was diagnosed with Hepatitis B in two months of wedlock and it was enough for his wife, also a medical practitioner, to leave him. Today, with treatment, his infection is suppressed and he’s a technician at a biochemistry lab in a medical college in Rajasthan. But emotionally, he’s a wreck.

Dr Sambhav Gupta (name changed) considers medical professionals in the high-risk group of hepatitis. He believes using medical equipment and syringes on a regular basis contaminates the blood unknowingly. “There is data to suggest that 40 per cent of medicos are infected by either Hepatitis B or C owing to usage,” he says. Recently, he qualified for the Diplomate of National Board title awarded by the National Board of Examinations (NBE) following his MBBS. But he tested positive for both Hepatitis B and C viruses since he was a practitioner in medical care for long and used sutures for bleeding, and feels he may have contracted the viruses from there. “The authorities (NBE) are saying that since I’ve tested positive for the viruses, they’ve ‘halted’ the admission process in the clinical field. Only the non-clinical field is open, which does not allow one to interact with patients. In other words, they want me to be a doctor and without patients,” he elaborates. Today, although Gupta is cured of Hepatitis C after treatment, he’s taking suppression drugs for Hepatitis B.

If medical professionals are high-risk, others are not far behind. Rohit Bansal (name changed) went for blood donation nine years ago when he was a student at an engineering college. He was told that he could not donate blood since he turned out to be Hepatitis B-positive. He googled the condition and went into a funk although he continued with his education. In the meantime, his roommate at the engineering institute changed his room as he got to know about Bansal’s condition. During campus recruitment, Bansal got placed in a top-tier IT services company but did not share his condition as per the requirement since he was worried that he would be left out. Then he married and did not share it with his wife, who worked in the same company. But the wife got to know and now both live in fear that they may be fired since it was a notifiable condition of employment.

New research highlights that the prevalence of Hepatitis B virus is higher among Indian Tribals, particularly among the Jarawas of the Andaman Islands and the Chakmas of Arunachal Pradesh. “About 65 per cent of the Jarawa tribals and 21 per cent of tribals in Arunachal Pradesh are affected by the virus. Except central India, 3-6 per cent of most tribals are also affected,” says hepatologist Pradip Bhowmik in Business Standard. Like Dr Sarin, he is also of the view that “awareness development among the healthcare providers is of paramount importance for diagnosis, treatment and prevention of liver diseases.”

Taking cognisance of the severity of the infection, the government launched the National Viral Hepatitis Control Programme last year on July 28th as an integrative initiative for the prevention and control of viral hepatitis in India, aiming to end the epidemic by 2030. It also aims to achieve significant reduction in the infected population, morbidity and mortality associated with Hepatitis B and C, such as cirrhosis and hepatocellular carcinoma (liver cancer).

For hepatitis, it’s the awareness bit that needs to grow. We’ll get there once we notice how Amitabh Bachchan signed off on his confession four years ago: “But no one wants to get to that stage.”