The saga of India’s favourite dhaba began with a small tea shop in Chandigarh owned by a refugee. Simmering with the earthen taste of authentic Punjabi food, the little tea shop served homesick bachelors lunch and memories of home. 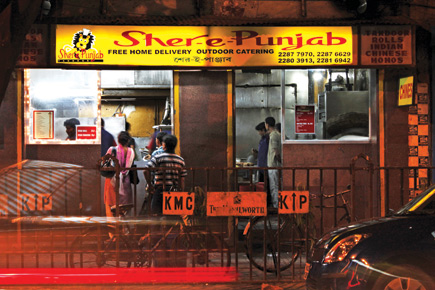 The saga of India’s favourite dhaba began with a small tea shop in Chandigarh owned by a refugee.


Tejinder Sethi doesn’t remember why his father Ram Saran Sethi chose to name his small tea shop in Chandigarh, Sher-e-Punjab Restaurant. That was more than 40 years ago, and he was barely 14 when he started assisting him. As he grew older, training to serve customers, Tejinder knew he would most certainly set up a real restaurant and call it Sher-e-Punjab. But, true to its name, the tea shop seemed to have aspirations of its own, and within a few years of setting up, it metamorphosed into a restaurant even while Tejinder was still a student.

“One day, my father handed me a tray filled with glasses of tea and said, ‘go take care of customers. Serve them well’. Within a few years, I was supervising our boys serving lunch and dinner at Chandigarh’s first Sher-e-Punjab restaurant,” Tejinder recalls.

Forced to leave Lahore after Partition to the Punjab on this side of the Radcliffe line, Ram Saran eventually moved to Chandigarh (envisaged by India’s first Prime Minister Jawahar Lal Nehru as the substitute for Lahore) in the 1960s. He always wanted to have a restaurant but had to start out small. He rented a shop in Sector 17, the heart of the city that is now its upmarket shopping centre. The shop was surrounded by government offices. “Our customers were mostly employees of the nearby Punjab government offices. We started out by serving the usual tea, samosa and pakora fare,” Tejinder recalls.

Though it was officially established in the early 1950s, Chandigarh was still coming up as a city in the late 1960s when Ram Saran set up shop. Before Chandigarh, the Partition had sent him to Amritsar and then Ambala, and the flavours of all these places found a place in the restaurant’s cooking cauldron. As the dual capital of Punjab and Haryana, Chandigarh housed offices of the two states and the homes of those who worked in these offices. Many of those government employees who moved from the comforts of their home towns and villages to this marvellously planned but desolate new city were bachelors. Such men obviously didn’t get home-cooked food to work. But they never stopped yearning for rotis and dal cooked at home on earthen chullahs. “The government employees would demand lunch. They preferred home-cooked food. So my father started serving chappatis, dal and a few vegetable curries, and Sher-e-Punjab became a real restaurant,” he says. The dal here is still cooked the way they do in villages: over a smoke fire, in a covered metal pot called degh. It is left to simmer overnight. The lentils and spices stew on the low flame to bring in the authentic flavour. The degh is made of an alloy of eight metals. So, with every spoon of the smoky and smooth Dal Makhni you savour here, you are actually dipping into a slice of history. Not just of a 40-year-old restaurant but also the inhabitation of Chandigarh—a modern city designed by a French architect and inhabited by a motley mix of Punjabi refugees, government employees and traders displaced either by the Partition or lured by the promise of better prospects.

Tejinder joined his father full time after his graduation at the age of 20, by which time the restaurant had become popular. Many more dishes, from Rahra mutton to Kadhai chicken (which are still hot favourites with regulars here), were added. “I wanted to go and study hotel management, but my parents married me off instead,” he laughs. It was eventually Tejinder’s son, Jatin, who got to study hotel management two decades later. Now both father and son run the business, which has expanded to include catering. Tejinder focuses on keeping the original flavours of the cuisine intact, Jatin on new additions to the menu. Both are convinced that all dishes must bear the stamp of Punjabi cooking: focusing on the spices and flavours rather than the cream, butter and dry fruit hegemony unleashed by eateries in the name of Punjabi food. “Adding cashews and cream doesn’t make the food Punjabi, the typical spices and the way the food is cooked does. Sher-e-Punjab evokes memories of a small roadside dhaba where the food is authentic, spicy yet tasty,” says Bikramjit Ray, anchor and producer of the popular TV series, The Secret Kitchen.

“Beyond a certain point, every cuisine gets localised. It is the customers who decide what flavours they like most,” says Ray. It seems there is a Sher-e-Punjab everywhere outside Punjab: in Goa, Mumbai, Kolkata, Hyderabad, Delhi, Southall, Toronto and even Tucson in Arizona. Each Sher-e-Punjab has its own flavour, and perhaps, its own story.