The Hangman of Jalgaon

If Ajmal Kasab has changed his mind about being a martyr and hopes to live, tough luck. Special Public Prosecutor Ujjwal Nikam has secured the highest number of death sentences in the country, 37. 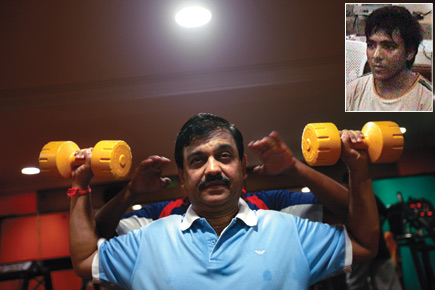 Special Public Prosecutor Ujjwal Nikam has secured the highest number of death sentences, 37, and is now on the Kasab case.


On our behalf, Ujjwal Nikam is arguing in one of the most guarded courts in the country, that Ajmal Kasab be sentenced to death by hanging. Nikam has secured such a justice for 37 others. No other public prosecutor in the country can match the score, he says. He has also wrangled the life sentence for 608. Needless to say, Maharashtra’s most high-profile public prosecutor is a proud man. He has trouble recollecting the trial that got him his first death sentence but he remembers feeling elated. He has since fought lawyers who earn in just a few hours many times his monthly salary. He has fought murderers, underworld criminals and terrorists. He is accustomed to death threats, and he is not overwhelmed anymore by the Z-Plus security around him or by the fact that his movements are monitored by the Mumbai Police control room.

For many years now, Hotel Residency in South Mumbai has been his second home, his primary residence being in Jalgaon. The hotel becomes a fortress when Nikam comes to stay in suite 310, which is very often and for very long spells. Four police escort vehicles with armed personnel guard the entrance to the hotel. Another group of safari-suit-clad armed policemen sit in the lobby. Their alert eyes watch the movements of every person who enters and exits the hotel. At the entrance to his suite is posted another armed group that monitors the elevator and the staircase. The security guards are regularly changed to ensure that no one gets too familiar with the routine.

Inside 310, Nikam is waiting in a safari suit. He looks unremarkable and there is nothing about him that suggests that he is one of the most valuable assets of the Maharashtra government. All around him in the hotel room is grocery from Jalgaon—whole wheat flour, rice, pulses and assorted condiments are stored in huge bags. The provisions are used by the kitchen staff to cook him good familiar meals. Because of his security cover, which accompanies him even to the gym, he is reluctant to go to restaurants. He has reconciled himself to the fact that he cannot have a personal life under the watchful eyes of the State. “I am constantly pursued with cases and I cannot move away from success. It wins you everything but in the bargain you lose your personal life,” says Nikam. The limelight has impacted his friendships too. He confesses to choosing his friends carefully as there cannot be any room for error.

Nikam does not like to live in a hotel room anymore. He longs for a home in Mumbai. But he cannot afford one. (He is on the wrong side of the legal divide). “I don’t have a family life. I cannot bring my family to a hotel room. The weekends, too, go in preparing for cases as I am dealing with multiple cases for the state. My wife Jyoti comes down to the city sometimes, but it is not too often.” Even when he manages to travel to Jalgaon, he is in work mode. Surprisingly for a lawyer of his stature, he does not have a team that helps him out with cases. He works alone and does not involve anyone due to the sensitive nature of the cases handled by him.

An old complaint he has with the Maharashtra government is that it has not given him accommodation, a fact that has not gone down too well with his wife. Nikam is the sort of a man who believes his wife is crucial to his career. “She is unhappy about our present arrangement. She is my mentor. I am who I am because of her. She has sacrificed so much for my success,” says the 54-year-old man.

He has grown in stature since 1987 when he became a public prosecutor. He says he is really looking forward to the death sentence for Kasab, which many believe is so evidently unavoidable for political reasons that the whole trial is some kind of a farce and waste of time and money. The government spends over Rs 8.5 lakh a day on Kasab. But Nikam understands the importance of the trial in a democracy and his own significance in this matter. “The common man has invested his faith in me and I have to deliver. The world over, all eyes are trained on the 26/11 terror trial. I have to live up to expectations,” says Nikam.

Despite years of experience, Nikam says that he still feels the need for doing extra homework before he enters the courtroom. For him, the court is a war field where every battle has to be won—a place where he has to be very cautious and careful as even a single mistake can affect the final outcome. His cases include the 1993 Bombay bomb blasts trial, music magnate Gulshan Kumar murder trial, Pramod Mahajan murder trial, 2003 Gateway of India bomb blast trial, Khairlanji Dalit massacre trial and the extradition case of music director Nadeem. In a way, Kasab is one of Nikam’s simpler cases.

According to him, as the trial reaches its end, Kasab has become more vigilant and alert. “He has stopped his buffoonery. He listens intently to every word in the courtroom, particularly when witnesses are being cross-examined. Sometimes, he tells his lawyer what point he wants raised. He has stopped smiling in court.”

Born in Chopda village of Jalgaon district in Maharashtra, Nikam lived in a traditional joint family, for which he has great respect. His father Deoram Nikam was a barrister who then became a judge of an appellate court, and later a Congress MLA. Though his father was keen on Nikam becoming a lawyer, Nikam himself was not so keen. “Even in the marriage market, lawyers do not have much value,” he says. When asked how much he earns now, he says, in mild retort, “My identity is not connected to a figure. If I told you I earned Rs 1 lakh a day, would it make me too big, or if I told you I earned less would it make me small? I am a government lawyer, so understandably my salary would be meagre in comparison to a private lawyer.”

At a time when there is growing debate in all mature democracies to do away with the death sentence, Nikam staunchly advocates it. He reveals that he has never felt any remorse when death sentences have been pronounced by the court following his arguments. “I never feel sorry, as nature has repaid in the same coin. I don’t believe in tit-for-tat or life-for-life, but the sadistic tendency in them [criminals] must be killed at the gallows. I am happy I have done justice for those who had untimely deaths.” Some of those death sentences are languishing with the President of India in the form of mercy petitions.

Such delays make a mockery of the death sentence, Nikam says, which is a form of deterrent. “There must be an amendment that if the President does not sign it [mercy petition] within a given time frame, then it shall be deemed to be automatically cancelled and the order must be implemented,” he says.

Through the years, Nikam has maintained close relations with the top brass of all political parties. Many feel that his ‘politically right’ connections have landed him plum cases. While he believes that his ‘star status’ is a consequence of his hard work, he does not deny the role of good public relations in his fame. And he does not feel the need to defend himself against a common media grouse that he is a publicity hound. “Who is not fond of publicity?” he asks, “Anyone who says that is a hypocrite.”