The Congress is now a contender for power 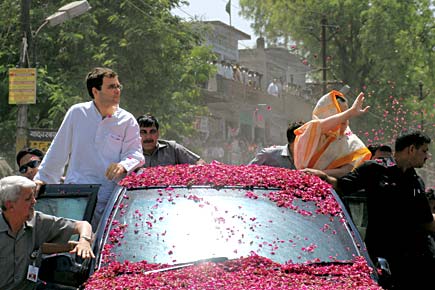 The Congress is now a contender for power


The Congress is now a contender for power

The Uttar Pradesh strongman Mulayam Singh Yadav may have survived the wrestler’s grip of Mayawati, but once the curtain went up on the final outcome of the multi-corner contest, it was clear that both had got pinned to the mat by a young leader of a party that, many believed, had been bundled out of the state almost two decades ago.

The stunning comeback of the Congress in UP under Rahul Gandhi will keep political mavens agog with debate for months together. But what no one contests is the fact that with this vote, the heart of cowbelt politics has moved dramatically away from the Mulayam-Mayawati wrangle. From 9 in 2004 to 21 in 2009 (of 80 in all), the jump in the Congress’ UP tally of seats may not appear impressive at first glance, especially since the grand old party is still two less than the 23 of the Samajwadi Party (SP) under Mulayam and merely one more than the 20 of the Bahujan Samaj Party (BSP) under Mayawati. But it is the Congress alone that can claim moral victory. For, its very revival could signal a meltdown of the forces that the SP and BSP represent—caste consolidation with minority votes as padding.

The SP has lost the most. Look at the decline in its vote share. In the 2004 Lok Sabha polls, it got 26.7 per cent of the UP vote. This fell to 25.4 per cent in the 2007 Assembly election. Now, it’s down to 23.3 per cent. More telling, perhaps, is that none of the 12 Muslim candidates the party put up in UP this time round could win. Is this the end of the Muslim-Yadav formula? The SP’s keenness to offer unconditional support to the ruling UPA might suggest so. Mulayam Singh’s loss of some Muslim support was a story doing the rounds even earlier. His panicky pre-poll alliance with Kalyan Singh, a Lodh (OBC) leader, was designed to forestall a complete rout. Of the 22 constituencies with considerable Lodh presence, the SP won nine seats. Yet, Lodhs make up only about 5 per cent of the state’s electorate, while Muslims make up 18 per cent. It’s no compensation, really.

The shift, or perhaps diversification, of Muslim preferences in UP is at the core of the state’s electoral upheaval, and analysts see the trend picking up if the Congress plays its game well.

In any case, the Congress did well for itself in decisively thwarting the BSP’s attempt to capitalise on the flux. Three of Congress’ nine Muslim candidates in the state won handsomely, as also non-Muslim party candidates in Muslim-heavy constituencies. The party is thus poised to challenge Mayawati’s regime in Lucknow. Being seen as the main alternative has its benefits, as Mayawati’s own success in 2007 against Mulayam has shown.

What does not augur well for Mayawati is that it is not merely her rival Mulayam’s political edifice that shows cracks. The BSP’s own play at social engineering, expressed in terms of Dalit-Brahmin unity, has also suffered a severe jolt in the 2009 polls. The upper-caste vote seems to have shifted partially to the Congress. Of the 29 tickets Mayawati gave to Brahmin, Vaishya and other upper-caste candidates, most lost. Also, Dalit enthusiasm for collaboration with upper-castes has started showing signs of fatigue. Though Mayawati has succeeded in increasing her Lok Sabha tally from UP by one seat, she could not sustain an uptrend in voteshare. From 24.7 per cent of the UP vote in 2004, the BSP rose to 30.3 per cent in the assembly polls of 2007, but has fallen to 25.4 per cent in 2009.