This Uprising will not be Televised

There is more to this election than Modi and Rahul 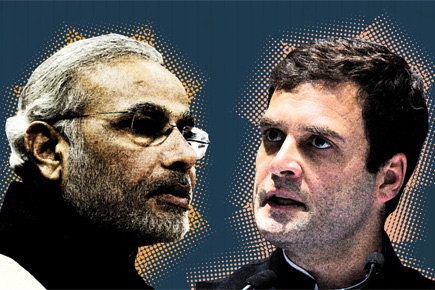 There is more to this election than Modi and Rahul

You might think that the election of a new government for one-seventh of humanity would attract some attention in the West but it actually hasn’t made much of an impression yet. Given that in 2006, a National Geographic survey found that 47 per cent of 18-24 year-old Americans couldn’t find India on a map, this is perhaps not too surprising, but even among foreign news junkies, the Winter Olympics, Ukrainian coup, and Russian stealth invasion have all pushed Indian coverage off the front pages and far from prime-time. The election is so distant that Ladbrokes, the English bookmaker and zeitgeist handicapper, isn’t even offering odds on it, though it offers bets on everything from whether David Cameron will be seen in a pub during an England World Cup game (6/1) to who will play the next James Bond (Idris Elba leads at the moment, 4/1).

Those few stalwart observers who aren’t distracted by figure skaters and street fighters do not seem very enthusiastic about the Modi-Gandhi match-up, at least outside Wall Street and the City. The parliamentary race between the Bharatiya Janata Party and the Congress party tends, on the whole, to be framed as a choice between intolerance and incompetence—a familiar dilemma to Western voters.

“The significance of this election lies in the fact that for the first time in Independent India’s history, a leader who personally faces—and has yet to be convincingly acquitted—of very serious charges to do with anti-Muslim pogroms which took place in the state which he governed, has a serious shot at being the next Prime Minister,” says Priyamvada Gopal, a lecturer in English at Cambridge University who specialises in post-colonial literature, and a frequent contributor to The Guardian.

Some have seen Narendra Modi’s popularity as analogous to the tilt to the right they have seen in the West, where in a number of elections, an angry minority of frustrated voters have turned toward nationalist and far-right candidates who promise to ‘throw the rascals out’. In Europe, far-right parties have made gains in the past few years, in the face of mounting economic frustration: Marine Le Pen, the leader of France’s Front National, now has a 29 per cent approval rating, a full 10 per cent higher than Francois Hollande, the hapless Socialist president.

Eric Kaufmann, a professor of politics at Birkbeck College, University of London, who specialises in the impact of national identity, religion and ethnicity on politics, agrees that there are some parallels in the rising popularity of the BJP and right- wing parties in Europe. “In Europe, ethnic change has outpaced assimilation of minorities, which creates the demand for the far right. In India, Muslim birthrates have emerged as higher than Hindu in recent decades, which has led to a rise—though not dramatic—in the Muslim share of India’s population,” he says.

However, demographics haven’t been nearly as important to the BJP as they have been to Europe’s extreme right wing, even counting immigration from Bangladesh, Kaufmann says. “European ethnic nationalism is focused on immigration, the BJP is focused on supposed Muslim privilege and building a united Hindu ethnic group out of the variety of language groups in Hindu India,” he explains. But Kaufmann disagrees with the link analysts often make between economic hard times and ethnic nationalism. “I don’t think economics has much to do with it in either place. The consensus in the far right literature is that cultural questions and immigration are more important than deindustrialisation or recession. Both the BJP and FN have been strong in good times and bad,” he says.

MODI AND THE MARKET

A Rahul Gandhi government would not be very different from the current Congress regime, Gopal predicts. “I think it will be more of the same as we have had under [Manmohan] Singh, with the taint of open dynastic rule to boot.”

Two narratives are now developing among Western policy experts about what a Modi foreign policy might look like, according to Gareth Price, senior research fellow of the Asian programme at Chatham House, a London foreign policy think- tank. Price says some believe Modi might use his nationalist credentials to play a sort of Nixon-in-China gambit to thaw relations with Pakistan. Others worry that he might be quicker on the draw in the face of a difficult situation, such as another terror attack, he adds.

Some business publications have had favourable things to say about what Modi’s leadership might mean to the economy. The Economist is enthusiastic that Modi has pushed the political rhetoric more towards markets than subsidies, and asks is ‘the ghost of Margaret Thatcher lurking in Indian politics?’ But it also notes that so far, the BJP has not laid out a specific economic platform, and chosen instead to run on the general economic record of Gujarat under Modi’s direction.

Standard & Poor’s is not taking economic reforms by either party for granted, however. In a November note, the American credit rating agency said it would leave India’s bond rating unchanged until it saw some economic reforms after the election. Nor is Price sure whether improvements to the domestic business environment would also extend to opening more sectors to foreign investors. Despite the lack of specifics, however, analysts for Moody’s, another US credit rating service, predicted in January that a BJP victory would help the economy gradually improve over the next two years because the BJP would drive reforms and attract investment. Goldman Sachs is also bullish on the BJP: last November, the US investment bank released a report titled ‘Modi-fying our view: raise India to Marketweight’.

But Gopal worries about the price of that investment, and sees lasting damage to India’s reputation ahead if the BJP takes control. “Under Modi, what will become apparent is the ferociously Hindu majoritarian chauvinism that has been growing in India over the last several decades and it will cast doubt on whether India ever had a genuinely tolerant and expansive political culture,” she predicts. However, Gopal doesn’t expect the West to come to the rescue if that happens: disapproval would likely rate more of a raised eyebrow than a slap from the West, in her view. She predicts that “many Western governments, quick to condemn Muslim religious extremism, may choose to keep quiet in order that business links be preserved and furthered…”

But maybe not if Indian American Muslims have something to do with it. In 2012, one conservative US Congressman, Illinois Republican Joe Walsh, petitioned then-Secretary of State Hillary Clinton to consider revoking a 2005 denial of a diplomatic visa to Modi, a request that drew a sharp reaction from Indian American Muslims and may have contributed to his defeat later that year.

On 24 February, the Indian American Muslim Affairs Council, an advocacy organisation for Indian Muslims in the US, observed the 12th anniversary of the 2002 Gujarat pogrom with a call to bring the perpetrators to justice, citing testimony of Modi’s ‘complicity and active connivance in the pogrom’. Earlier that month, another US group seeking justice for 2002’s victims, the Council Against Genocide, registered a protest after a visit to Modi by Nancy Powell, the US Ambassador to India. “We do not believe Ms Powell’s meeting with Modi serves any purpose other than providing the Modi camp some sound bites for use in the election campaign,” said a CAG spokesman.

Indian American Muslim groups have also sponsored a Congressional resolution to maintain the visa ban, a bill that has attracted 43 co-sponsors in the US House of Representatives, even as Hindu organisations such as the Hindu American Foundation have fought against it.

The good news is that whatever happens during and after the election, foreign views of India may change less than you might think—and not only among the 47 per cent who don’t know their subcontinent. Although opinions about India are slowly trending upward, perceptions of governance have not changed in the past five years, according to Simon Anholt, a London- based consultant who has advised more than 40 governments on their image and reputation.

Anholt, architect of the Anholt-GfK Roper Nation Brands Index, says India now ranks 42 out of 50 countries in public perceptions of governance, more or less where it ranked in 2008, and he predicts that even a few bad or chaotic episodes during the election would not do much to harm the country’s image.

Anholt’s theory is that the people foreigners actually know build impressions of a country more. Personal contacts have much more impact on people’s perception of India “than any number of reports in the media about the country’s internal politics. The former is real human contact which feels highly relevant to the recipient; the latter is distant, unreal and generally boring and irrelevant to most people,” Anholt explains.

If Anholt is right, India’s image in the West may depend less on Modi or Gandhi and more on that nice Dr Gupta who took care of your mother at the hospital, Professor Banerjee who taught you accounting, or Deepak in the infotech department, who fixed your computer. Think NRI, not INC or BJP.

A US citizen, Bennett Voyles is a Paris-based observer of global trends. He was formerly with the Economist Intelligence Unit