Inside the networks of lobbyists and power brokers that dictate how this country is run. 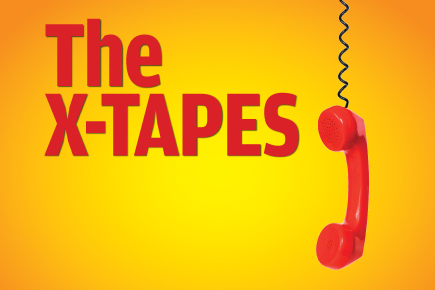 Inside the networks of lobbyists and power brokers who dictate how this country is run.


Inside the networks of lobbyists and power brokers who dictate how this country is run.

Earlier this week, Telecom Minister A Raja of the DMK was forced to resign after pressure mounted on the government over irregularities in the allotment of the 2G spectrum. But this decision to sacrifice an individual in no way changes the system that Raja embodies. Evidence filed on the 15th of November in the Supreme Court seems to shed some light on the networks of lobbyists and power brokers that actually dictate how this country is run.

While Raja is gone, these networks survive, shaping and influencing our lives in ways we cannot imagine. Thanks to a fortuitous set of circumstances, the transcripts that follow shed some light on one such network of power.

The phone lines of the head of Vaishnavi Communication, Niira Radia, were twice placed under surveillance by the Income Tax Department (based on a tip-off by the Central Board of Direct Taxes) for a few months in 2008 and 2009. Niira Radia is a woman of formidable networking and PR skills, so much so that she represents both the Tata and the Mukesh Ambani group. Some of these recorded phone conversations are now available with Open; they were placed before the Supreme Court this week by petitioners Centre for Public Interest Litigation, represented by senior counsel Prashant Bhushan. He had moved the Supreme Court with a plea that the 2G spectrum investigation that involves Raja should be monitored by the Court in view of the mounting evidence.

In a rejoinder in the case, the petitioners submitted, “These conversations were given by the Directorate of Income Tax (Investigations) to the CBI more than a year back. A copy of the taped conversations of Ms Radia with Respondent No. 5 (A. Raja), other politicians, Ratan Tata, other corporates, senior journalists and certain middlemen in a CD are annexed as Annexure P35… Some of the transcripts of the conversations which relate to the lobbying for making Respondent No. 5 as Telecom Minister are annexed as Annexure P36.’’

The conversations presented below focus on two important events: 1) the aftermath of the Bombay High Court judgment of 15 June 2009 on the dispute between brothers Anil Ambani and Mukesh Ambani over the allotment of gas; 2) efforts by Niira Radia to mediate an understanding between the DMK and the Congress between 20 May 2009 and 24 May 2009 at the time of the Cabinet formation of UPA-II. For a period of time, with direct communication breaking down between the DMK and the Congress, a section of the DMK (Raja and DMK chief M Karunanidhi’s daughter, Kanimozhi) was in constant touch with Radia on what was going on and how the Congress needed to react. In turn, Radia relied on a number of people to pass information on to the Congress and back to the DMK. In a way, these were the people who eventually ensured Raja was given the telecom portfolio.
The transcripts that follow are from Niira Radia’s conversations with highly influential people. Going by the evidence of the phone taps, these include journalists Vir Sanghvi and Barkha Dutt, and Ranjan Bhattacharya (foster son-in-law of former Prime Minister Atal Behari Vajpayee), who seem to have played out the roles of mediators between the Congress and Radia, who was in turn speaking to Raja and Kanimozhi. According to these tapes, Vir Sanghvi seems to have relied heavily on his discussions with Radia to write his column on the gas judgment. The transcripts that appear here do not suggest any direct role for the person Radia is in conversation with, rather they reflect the power and the ability she commands to influence events.

“What kind of story do you want? Because this will go as Counterpoint, so it will be like most-most read, but it can’t seem too slanted, yet it is an ideal opportunity to get all the points across”

‘He (Raja) told me he said he needs help in the media. So I promised him I’ll help him. I’m helping him Ratan wherever I can but the thing is that every time you try and help him, he goes and makes stupid statements, you know.

A RAJA in conversation with NIIRA RADIA

“Hmm …tell Sunil Mittal, you have to work along with Raja for another five years”

KANIMOZHI in conversation with NIIRA RADIA

“Yes, yes. That I know. I’m just saying be careful, because he’s trying to get somebody from the Congress (to) say things against Raja to dad”

“I haven’t even gotten up, I cannot put pen to paper… Otherwise, I am there and you want me to speak to anyone, not that you don’t know anyone.”

THEY WERE TALKING ABOUT

»M Karunanidhi: Tamil Nadu chief minister, often referred to as “the Leader” or “Leader” in the recorded conversations

»Dayanidhi Maran: The former Union Communications and IT minister. He is also Karunanidhi’s grandnephew and was removed as minister in UPA-I after Dinakaran, the Tamil paper his brother Kalanithi owns, published a survey saying people in the state would prefer Stalin rather than Azhagiri to succeed Karunanidhi. Violence followed