With its shrinking Dalit base and the possibility of losing national-party status, BSP is in mortal crisis 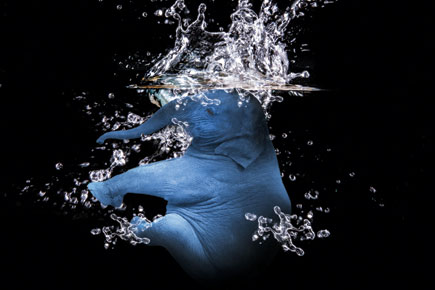 Every national party is allotted a bungalow in New Delhi’s Lutyens zone. The Bahujan Samaj Party (BSP), whose official address is 12 Gurdwara Rakabganj Road, has three bungalows—numbers 12, 14 and 16 on that street, near Parliament—and this was thanks to the special attention that the party got from the erstwhile UPA Government for its support in testing times. The main bungalow is almost like a fort, with high walls hiding massive constructions within of dubious legal status. But with the BSP’s decline, it is now only a matter of time before the party is asked to vacate this prime real estate.

In the drama of Delhi’s recent polls, which saw AAP taking over the Assembly in its near entirety, the BJP humiliated and the Congress presence reduced to zilch, what was forgotten was the travails of the BSP, which once had a niche in the state. Now that the city’s Dalit-heavy constituencies have elected AAP legislators, the BSP has lost not just its seats, but is about to officially lose its ‘national party’ status as well.

This marks another point in the declining graph of the party’s charismatic leader Mayawati, who once dreamt of becoming India’s Prime Minister. The downfall began in 2012 with the BSP’s loss in the Uttar Pradesh Assembly polls, and saw the party touch new lows with every election. Even Dalits— championing their cause has been the party’s main plank all along—have been deserting the BSP. If it is not reversed, this trend poses a threat to the party’s very survival.

On the withdrawal of BSP’s status as a ‘national party’, a high-level source in the Election Commission says: “We had deferred the decision till the Delhi polls. Now we will take a decision in a month.” According to the criteria set by the poll panel, a ‘national party’ needs to win 6 per cent or more of all votes cast in the assembly polls of at least four states, or be recognised as a ‘state party’ in at least four states, or win 2 per cent of all seats in the Lok Sabha from at least three states.

The BSP meets none of those criteria. It won no single Lok Sabha seat in the 2014 General Election, after which the EC sent Mayawati a notice asking why that status should not be cancelled; the party managed to buy some time by citing its prospects in the Haryana and Maharashtra Assembly polls. But the BSP ended up winning only one seat in Haryana and none in Maharashtra. It was then that the party requested the EC to defer the withdrawal till the Delhi polls. But it won no seats in Delhi either, even as its vote share fell by some 5 per cent to 1 per cent.

Losing its ‘national’ status would also mean the BSP cannot contest elections in different states on a common symbol, will get no airtime on All India Radio and Doordarshan for campaign broadcasts, and will lose free access to copies of electoral rolls. But these would all be the fallout of a bigger worry for Mayawati, a four-time Chief Minister: the party’s weakening grip on the Dalit vote in north India.

The party’s slide has been sharp. In UP, it had a full-majority government till 2012. “Even to say that the 2007 Assembly victory was Mayawati’s victory would be wrong,” says Dr Vivek Kumar of Jawaharlal Nehru University. “It was a mandate against the rule of the Mulayam Singh Yadav-led Samajwadi Party (SP), and BSP appeared as the most credible option.”

Former BSP Member of Parliament Akhilesh Das, who has been thrown out of the party, feels that it has deviated from its primary objective as presented by party founder Kanshi Ram. “In BSP, a personality has taken over the core issues, and they think empowerment of Dalits means empowerment of Mayawati,” he says. “Her money-minded approach of selling party tickets and handling party affairs without any consultation with other leaders has not been taken well by voters.”

The party has not recovered from the blank it drew in last year’s Lok Sabha polls; though it recorded a vote share of around 20 per cent in UP, a fall from 27 per cent in the 2009 General Election, its dismal performance in Haryana, Maharashtra and Delhi after that has led observers to wonder if it can make a comeback at all.

There ae many reasons for the party’s decline. The BSP’s core base has always been Dalits, but it could only win with additional votes that made a victorious combination. In 2007, in UP, it was vast numbers of Brahmins who voted BSP, but they did not support the party in the 2012 Assembly polls—nor in the General Election of 2014. “Apart from that, there were ‘backward’ Muslims who had earlier voted BSP in large numbers,” says Kumar, “But later preferred other parties over BSP, especially in Western UP, which used to be a BSP stronghold.” Muslims had reason to be disappointed with the BSP, and the party did not seem to respond adequately to the Muzaffarnagar riots of September 2013—under the SP government’s reign—with no BSP leader showing up. It was only in January 2014 that party leader Swami Prasad Maurya visited the riot affected areas. Mayawati’s real challenge, how ever, lies in retaining the party’s Dalit vote. “Mayawati always projected herself and her party as a messiah of Dalits. That perception is withering away,” says Ajit Kumar Pandey of Banaras Hindu University. “Among Dalit voters too, 35 per cent of them have rejected BSP.” This too is being attributed to her arbitrary and brusque ways.

In 2011, at Mayawati’s bidding, Ram Lakhan Pasi, a senior bureaucrat in the UP government, resigned and joined her party. “I was promised I would be sent to the Rajya Sabha or get a Cabinet berth in the then government,” says Pasi. Instead, he was offered a Lok Sabha ticket from Rae Bareli against Congress President Sonia Gandhi. He is a member of UP’s Passi community, a section of Dalits who account for over one-fifth of all votes in some 35 districts around Lucknow. Pasi was expelled from the party in April 2013, and many of his community rallied behind the BJP after that. “It was an injustice done to the community,” alleges Pasi, who campaigned against Mayawati in those areas.

Chandrabhan Prasad, A Delhi-based Dalit ideologue, senses a widening disconnect between the BSP leadership and Dalit masses. “That they are at the lower end of society and are downtrodden doesn’t mean Dalits will stick to a caste- based line,” he says. “More importantly, Dalits of today are not struggling for food. The new-age Dalit is aspirational and wants a better life instead of the old rhetoric of discrimination.”

The BSP therefore urgently needs to rework its strategy. That will only happen once its top leaders pay attention to grassroot workers and grasp popular grievan- ces. But the sycophancy around Mayawati means the leadership remains aloof, and some say deaf, to those voices. “The BSP is making the same mistake which the Congress did earlier,” says Pandey. “Dalits want to come out of ghettos and be seen as equal partners. The development agenda suits them more in the current context. Unfortunately, they don’t see it in BSP anymore.”

Mayawati has been trying to undertake course correction measures. On 30 October last year, a BSP core group meeting at its Delhi central office had resolved to focus clearly on Dalit issues again. Mayawati made it clear that Brahmin leader Brajesh Pathak and Bania leader Akhilesh Das would not get second Rajya Sabha terms; and on 5 November, in a bid to placate Dalits, she nominated Rajaram and Veer Singh Advocate for those seats. “I believe in a policy of sarvajan (equal representation to all),” Mayawati had then said, “but at present it is not possible for me to give equal representation to Dalits, upper castes, backward classes and Muslims. Hence I have decided to nominate two Dalits, which is core vote base of the BSP.”

The BSP chief is revamping the party organisation, and Brahmins have been sidelined, with none of them having been given the post of a zonal coordinator in UP. Among Muslims, she has three leaders, Naseemuddin Siddiqui, Athar Khan and Naushad Ali, in key posts. But most of the party’s UP district presidents are Dalits, and its zonal committees also have a sizeable number of them. Her formula, it seems, is to get Dalits and ‘backward’ Muslims to vote BSP—expected to work in Western UP especially.

She is also affixing blame for the recent losses on leaders and throwing many out of the party, even if they are Dalits. Rajya Sabha MP Jugal Kishore was once the BSP’s most powerful UP zonal coordinator, having helped Mayawati consolidate Dalit support in east and central UP. After the Lok Sabha debacle, Mayawati wanted him ejected, say insiders, but since that would cost the party his Rajya Sabha seat, she decided to strip him of all party responsibilities instead. On his part, Kishore blames Mayawati for ignoring Dalits. “The party had won three seats in the 1989 Lok Sabha election. Today, there is none. Mayawati has completely ruined the party, which was once built by our leader Kanshi Ram. She only thinks of money and doesn’t care about Dalits,” he alleges.

Several other leaders, such as Dara Singh Chauhan, Akhilesh Das, Kadir Rana and Rama Shankar Rajbhar, have been expelled for ‘anti-party activities’. The BSP’s UP spokesperson Swami Prasad Maurya justifies these expulsions thus: “Some unwanted and bad elements had entered the BSP. After their removal, the party will emerge stronger.”

Observers are sceptical. “There is no second line of leaders,” says Pandey. “Kanshi Ram developed [the leadership skills of] Mayawati, but she doesn’t trust anyone.”

That the BJP could get a big chunk of Dalit votes in UP’s next polls is a possibility Mayawati cannot dismiss. In UP, the RSS has been using Sangh arms such as the Sewa Bharti and Samajik Samrasta Manch to solicit Dalit support for the BJP. To counter this, Mayawati has decided to resurrect the Backward and Minorities Communities Employees Federation, the entity on whose basis the party emerged in the first place. Founded by Kanshi Ram in 1978, it was an advocacy forum for the Dalit and Muslim working class. Mayawati had sidelined what was left of it after the 2007 UP Assembly win. But now she needs its cadre to take on RSS influence.

Can she do it? “They are losing the perception battle,” says Kumar, “The perception that in the next Assembly election, the BSP is not in the race. This will do more damage. They need to correct it immediately.” Right now, that seems a lost cause.