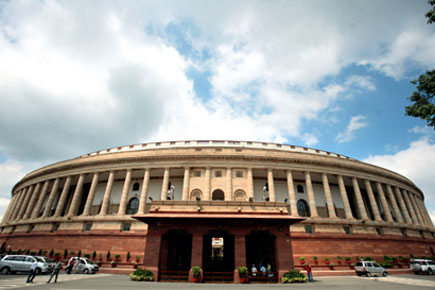 
On 13 May 2012, India’s Parliament turns 60. The Government has drawn up a grand plan to commemorate the occasion. In a joint session of Parliament, MPs will sit and discuss the journey so far. Statistics provided by PRS Legislative Research, however, reveal a steady decline in Parliamentary functioning 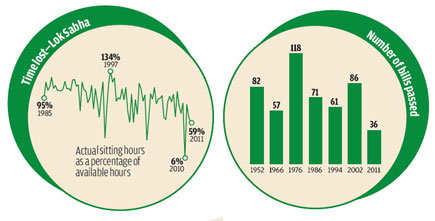 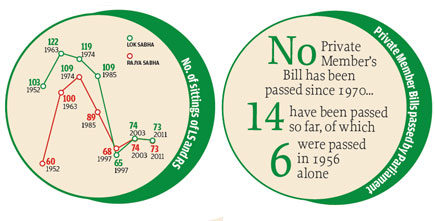 Till 1974, the number of sittings of the Lok Sabha never dropped below the 100 mark in any single year. Since 1989, the figure has never crossed the 100 mark. Year 2004 was particularly bad, with the Lok Sabha meeting for just 48 sittings and Rajya Sabha for 46. 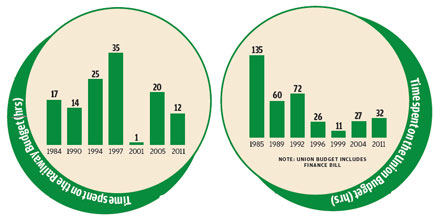