×
The Freedom: Hyphenated to history - Topsy Mathew, Born in 1975

“Let there be diversity in political expression”

Freedom according to an Emergency child

As told to Rajni George 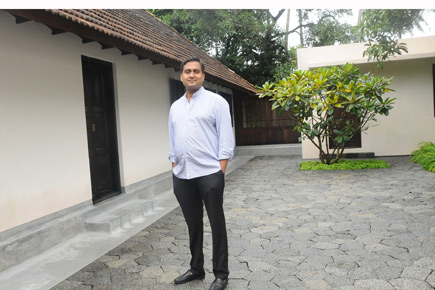 Freedom according to an Emergency child


Soon after the Emergency, the country reverted to multi-party politics. Very quickly, it receded from that short period of totalitarian rule. In a lot of ways, a couple of decades of a typical democracy has genuinely wiped memories clear. When I look at how early days shape someone’s thinking around politics and political freedom, something to keep in mind is that, growing up, one of the early experiences you have is family members going to vote. When you see large contingents of your family going in to vote for various political beliefs, it shows that there is room for different political thought. They are breaking into more democratic notions of freedom; I see a big part of democratic politics being vibrant.

The biggest aspect of change which has happened over the last several decades is the decline of national politics or national parties, changing to more regional parties; therefore more regional views and demands seem to get fulfilled, which is going to drive or which has driven a large part of change. A state like Uttar Pradesh, a creation like Telangana, these are all creations of regional, small politics—moving away from 1975.

Economically speaking, across parties, most people are talking the same language. It will boil down to execution. A government gets judged by the people every five years. To me, the changes that can happen which can improve economic freedom in the country are going to be: a much more liberalised regime in terms of foreign investment and a much freer currency, where capital flows in and out of the country are much less restricted than they are today. Fundamentally, making finance and the benefits of the economy available to the masses. I was a firm believer in the trickle down; I don’t think it trickles down fast enough. For the size of population that we have, if it doesn’t get to the bottom fast enough— this is a problem.

While your line of work does influence people’s way of thinking, personal freedom is what is paramount in my eyes. This is the ability to communicate what you truly believe. Also, the ability to assimilate differing sets of cultures comfortably. Not with fear, not with prejudice.

In some ways, from a career standpoint, mindset, thoughts and beliefs are well-formed by the time you are finishing high school. I still remember Manmohan Singh’s inaugural budget speech, which was maybe when I was 15 or 16, and which clearly did have an impact: a vision of a more liberal, Westernised economy had its appeal. The career line I chose was investment banking; a developed market phenomenon which started doing well in the mid to early 1990s. I chose to get into banking at a very early stage, through mergers and acquisitions.

The concept of freedom is driven by a broader environment than liberalisation. You see it growing up, it’s something you experience. I spent a large part of my youth in the Middle East— as part of a migrant population which is in some ways transient. It’s known that this is not home. Everyone knows you’re there for a period of time and heading back.

Similarly, I worked in Hong Kong and Japan. If you’re local, you do have less of a glass ceiling, which I didn’t think would exist in India. People confuse India for a billion people, but that’s not necessarily equal to a large amount of talent. India is still talent-short. The opportunity for individuals is greater. There is less of a glass ceiling, but there were still less trained professionals, at that point of time, so I came back. There was some level of nostalgia to come back. When I did it, I thought there was a lot of opportunity. I made that choice about 12 years back. This dwelled on the point that India was developing and changing. What the 1990s onward offered was a very different kind of economic growth.

Today, the set of people who can go overseas, travel and educate themselves is much broader than it used to be in the 1980s. Economic liberalisation has benefitted people in enabling them to do things like this, which in the past was very much restricted to the upper echelons. Today, you have an average middle class family taking an educational loan to study within the country or outside. Those choices exist.

India in my mind needs tremendous amounts of growth to keep this boiling pot in place. The Keralite who went overseas to work and came back to India to work, for example, keeps doing this. You might want to work in one place and live somewhere else; work abroad and live here, or live here and work abroad. People try to go to a lot of places, much more than before.

For me, choice is also about the freedom to be in a non-metro, to choose where to live. It’s a personal choice. I left Hong Kong to move to Bombay. Today, my setting up a second home in Kerala and spending as much time as I can here is a personal choice. An architect described luxury to be freedom. So freedom can be the freedom to experience green, the outdoors, wildlife.

Freedom is firstly of expression. Secondly, to exist and function in a manner wherein you feel most comfortable. This doesn’t necessarily mean it needs to be expressed. Can people live anywhere, say anything they want, have sexual preferences that are broad? Can I live in any building in Bombay, even the vegetarian ones? These are all aspects of freedom that are important. Are we there yet? No, but we should not regress on this concept.

(Topsy Mathew is managing director of Standard Chartered India. These are his personal views)

As told to Rajni George