Saving the 1% from Outrage 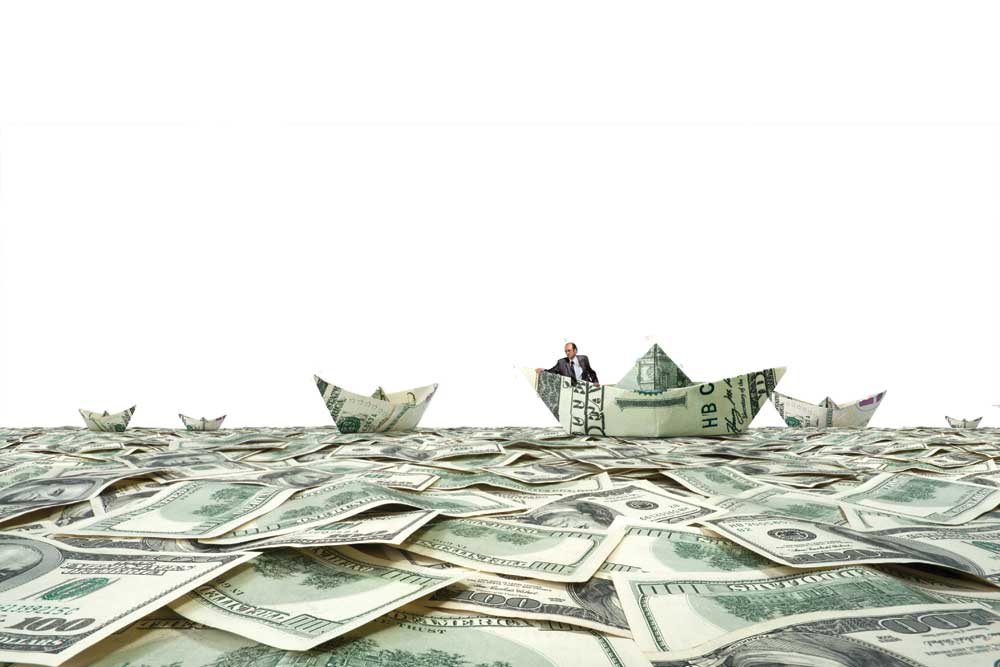 PARADISE PAPERS’ sounds like a travel document for some destination where one can lead a life of fun and freedom. Instead, the term describes a cache of 13.4 million documents that detail the financial doings of the world’s rich and mighty. As a topic of outrage, it makes for great reading. Across the world, people with money—Indians included—decide to take it out of their country and park it in ‘secrecy jurisdictions’, making it very hard for tax authorities back home to lay their hands on this wealth.

If this were a university debate or a political demonstration, it would make excellent material. While many of these ‘offshore accounts’ have legitimate money parked in them, some are storehouses of illegally acquired wealth—money made from bribes, dubious contracts and an entire typology of ‘dark economic activities’. Disentangling what would pass legal muster from what would not gets even harder after protests over ‘ill-gotten wealth’ break out across the world. Elected governments have no option but to go after such tax havens.

As many as 714 Indians figure in the Paradise Papers, a set of leaked papers from a couple of firms, one in Bermuda and the other in Singapore. Reports on who they are and what their accounts are for have been appearing in the media. A few of them are famous and entangled in criminal proceedings in India. Others are persons who have no public profile but appear to have opened such accounts to avoid taxes—through means that could be legal even if the motives are unethical. The avoidance of tax is different from its evasion, which is a criminal activity. It is also clear that a proportion of the money hidden abroad was made illegally in the first place.

These are clear-cut categories that are useful while analysing what a government ought to do to fix the problem of black money and tax avoidance. In practice, at the level of policymaking, these issues get blurred and when it comes to implementation, they are even more difficult to fix.

On the core issue of money parked abroad, as revealed by the Paradise Papers now and by the Panama Papers last year, the response of the NDA Government has been an unequivocal condemnation of such practices. Soon after the first tranche of Panama Papers were published, the Government said that a multi- agency group of the Central Board of Direct Taxes (CBDT), Reserve Bank of India (RBI) and Financial Intelligence Unit (FIU) would keep an eye on all related information as and when it became available. While it reiterated its resolve to check the flow of black money, it was circumspect in its statements on tax avoidance.

If the Government were to make fine distinctions of the kind outlined above, the political reaction—or rather uproar— would be immediate. Within no time, it would be claimed that it is not serious about chasing black money. While differences of jurisdiction—black money at home versus a stash abroad—are relevant under the law, they are sufficiently entangled to hurt the Government’s anti-corruption credentials in public perception. As a result, few people in power like to be seen separating avoidance from evasion.

In the long-run, addressing this requires a careful reduction in taxes so that incentives to take money offshore are reduced. This is not just a matter of the rate of taxation, but also of designing a tax system that invites compliance. Here again, there are practical issues to confront. One, at an estimated 11.3 per cent (for 2017-18), India’s tax-to-GDP ratio is one of the lowest among economies. It has risen by less than one percentage point over the last seven years even as its economy has grown at a much faster rate over this period. Even if one ignores outliers such as Sweden, with a ratio of 43 per cent (2015), India is far below the average OECD level of 34 per cent (2015). Two, with a large number of poor and near-poor citizens, all governments in India—states and Union—have to expend a large fraction of their budgetary resources on providing public goods like education and healthcare, goods that are more in the nature of private goods in many economies of India’s size.

Economics apart, there is a philosophical argument against excessive anger at inequality. It does not matter who owns what, or how much, as long as people in a society have enough to get by

Those two factors militate against a reduction of taxes, something that ultimately makes it hard to reduce the generation of black money. The way out of this is not to raise tax rates, but to increase the number of taxpayers. For policymakers, tinkering with rates is more tempting—for it is easier to do—than enlargening the country’s tax base, but the real solution lies in doing the latter. For all the criticism of it, a combination of demonetisation and the Goods and Services Tax (GST) is leading to an increase in the tax base.

INTERNATIONALLY, MUCH OF the outcry against offshore accounts, ‘creative accounting’, ‘treaty shopping’ and the stringent conditions imposed on law enforcement agencies before they can open investigations on such accounts—the so-called Westminster Principle—is based on a deterioration in economic conditions in Western countries. In a climate of anger, money kept offshore is more of a political issue than anything else. For example, in the US (and some other countries as well), these are a complex set of linked factors at work. In the US, real wages have been stagnant for a long time, especially for those in the middle and lower parts of the income pyramid. In contrast, earnings of the top 1 per cent and especially 0.01 per cent of earners have touched stratospheric levels. This is a trend that began in the 1970s but has accelerated over the last decade. If that’s not enough, the US political system works in a way that lets the wealthy ‘buy influence’ at the legislative level through a complex system of donations. This privilege was extended to big corporations with a US Supreme Court decision seven years ago permitting some major changes in campaign finance.

The trend in India differs from that in the US. Unlike the wage stagnation experienced by a wide swathe of workers and the middle class there, India has experienced a boom for almost a decade now—with the exception of the temporary slowdown due to demonetisation. The heterogeneity of the electorate makes for a large number of political parties, across which companies tend to spread their contributions. This reduces the scope for a generalised quid pro quo relationship between business and politics, with the result that an American-style link between the purchase of political influence and inequality is absent in India.

While India, too, is a greatly unequal society—with the standard measures of inequality now in the Latin American range— this has not produced a reaction of the kind seen in the US. There are no ‘occupy’ movements here (if anything, New Delhi’s ‘protest central’ of Jantar Mantar has recently been declared off limits for such exercises). One can safely say that there can be no single theory of equality across the world. If India is unequal, it is also a rapidly growing economy, making any action taken against the country’s ‘top 1 per cent’ a pointless exercise.

Economists have long known the limits of trying to limit inequality. In 1975, American economist Arthur Okun created the analogy of a leaking sieve to describe what happens when redistribution is stepped up. If a government tries to garner ever more taxes to spend on or hand out to the poor, an ever rising fraction is lost due to leakages within the system. Some four years earlier, in 1971, the Nobel Prize winning economist James Mirrlees built an explanatory framework for taxation that had a warning about tampering with taxes beyond a point. In the Mirrlees analysis, a government cannot observe the productivity of an individual but only his income— which in theory is the product of his productivity and work effort. If it takes away too large a fraction of his income, this has an adverse effect: persons with high productivity will start behaving like low productivity ones, reducing the overall economic pie. These are real constraints on governments, especially in developing countries like India where the effort ought to be to increase the size of the pie and not reduce it as part of some ideological wild goose chase.

Economics apart, there is a philosophical argument against excessive anger at inequality. It does not matter who owns what, or how much, as long as people in a society have enough to get by. On first sight, this claim is met with howls of protest that the poor are what they are because the rich have ‘robbed’ them. In a cheeky riposte to such arguments, the Princeton philosopher Harry Frankfurt had this to say: Inequality of incomes might be decisively eliminated just by ensuring that all incomes are equally below the poverty line. He was quick to add that this way of achieving equality has very little to be said for it. Frankfurt’s positive idea, what he called the ‘doctrine of sufficiency’, is that what is morally important with regard to money is that everyone should have enough, an idea very different from one asking for everyone to have the same. It is high time that political projects like ending legal offshore accounts and envying the rich for their money are ignored. There are more pressing problems like poverty that need to be addressed.