A First for the Death Row 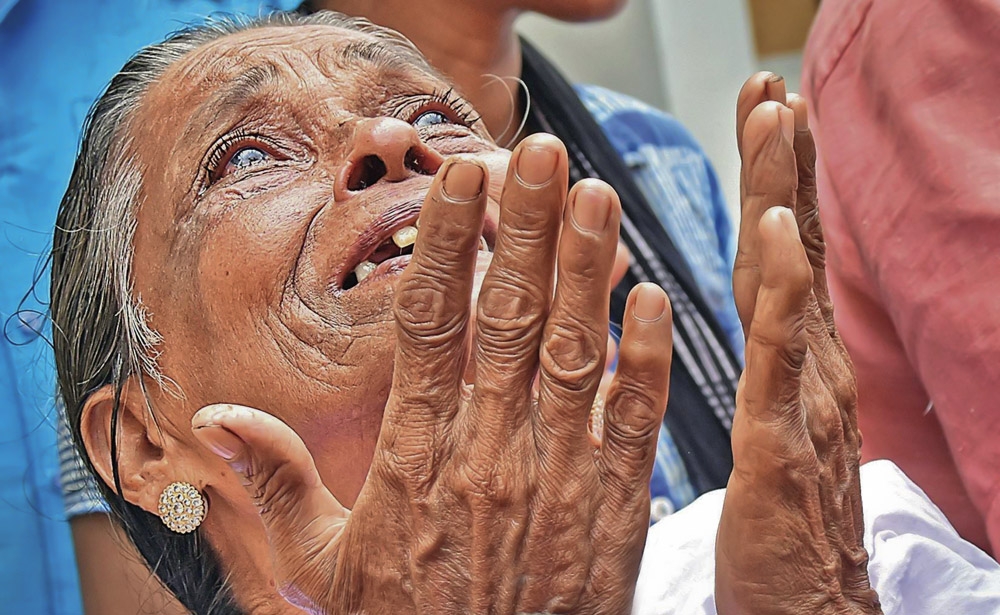 Policemen rolling a heavy iron rod over someone is an image that strikes a chord in Kerala. The memory of it goes back to Indira Gandhi’s Emergency when Rajan, an engineering student, was murdered in custody. Twenty-seven-year-old K Udayakumar, a worker at a scrap yard, had little in common with Rajan, except for also being killed in a similar manner. At a lock up in East Fort Police Station, Thiruvananthapuram, he too was laid on a wooden bench, his arms tied behind as two cops on both sides rolled a heavy metal rod over him. It is a form of torture that leaves no external injury marks but should blood veins break inside, the victim dies. On July 25 a CBI court at Thiruvananthapuram awarded the death sentence to two policemen, K Jithakumar and S V Sreekumar, convicted of Udayakumar’s murder.  Three others, E K Sabu, T K Haridas and Ajith Kumar, were sentenced to rigorous imprisonment for three years for trying to cover up the crime.

Custodial deaths rarely get punished but Udayakumar’s was an exception only because the CBI took over the case. The police tried their best to bury the evidence Udayakumar was the only son of Prabhavati Amma, a poor woman who did menial jobs to rear him. He had been an introvert who had dropped out of school in his sixth standard. He had no criminal record, did his work diligently and was always home by nightfall. Prabhavati Amma’s ordeal began on September 27, 2005 when Udayakumar didn’t return home that night. He had never done this before.  Next morning when she went to the school where she worked as a maid, a team of cops arrived there by around ten asking for Udayakumar’s mother. They told her that his body was at the Medical College Hospital’s mortuary and asked her to identify him. When she went it was indeed his corpse. The previous day, a team of policemen from East Fort Police Station had taken Udayakumar into custody from a nearby park along with a friend Suresh. They were interrogated on a case of theft. The police found Rs 4000 in his pocket and alleged that it was the stolen money. Both were later released but the cops refused to give the money back to Udayakumar. He insisted and refused to go. He was then beaten up heavily, tortured with the iron rod and succumbed to injuries. The cause of death was recorded as a heart attack by the police when they brought him to the Medical College. As part of the procedure, the Revenue Division Officer R V Mohankumar did the inquest and immediately suspected foul play. He did a detailed investigation of the body and found several assault marks. His report spoke of ‘suspected custodial torture’.

When the incident became public, a massive protest resulted in the immediate suspension of the policemen. Three of them, Jithakumar, Sreekumar and Soman, were arrested. The state police tried to drag the investigation and sabotage the prosecution case. They recorded the time of arrest as 8 pm when he was in fact taken into custody by noon. This was to provide an alibi to the cops since all of them had completed their duty by 8 pm. The CBI team exposed the cover up and built a strong case despite the prime witness  Suresh, who had been caught with Udayakumar and was an eyewitness to the torture, turning hostile later.

The CBI court found gave the death sentence to the two policemen because of their cruelty. Additional sessions Judge of CBI Court J Nazar noted, “He was made to lie on a wooden bench tying his hands and thereafter the accused persons started to beat on his feet with a bamboo cane and further accused No 1 and 2 kneaded forcibly MO 10 GI Pipe on his thighs after forcibly holding his head causing excruciating pain. It is to be considered that deceased Udayakumar was an innocent person and he was not involved in any crime and only fault found by the accused No 1 and 2 was that he was having sum of Rs 4020/- in his pocket. By the rolling of MO 10 pipe, his thigh muscles were crushed causing injury sufficient to cause death. Further the accused persons beat him from top to bottom leaving no part of the body unhurt. The post mortem certificate revealed that he sustained 22 antemortem injuries. It is important to see that accused cops took one and half hours to complete the torture…”.

Despite the outrage over the death, governments in power after 2005 were all lenient to the culprits. Policemen involved got their due promotions when both the UDF and LDF were in power.  K Jithakumar, the first accused who was a civil police officer at Fort Police station when Udayakumar was killed, was promoted to the rank Additional Sub Inspector and posted in the district Crime Records Bureau in Thiruvananthapuram. SV Sreekumar was promoted as Senior Civil Police Officer and posted in the Narcotic Cell at Thiruvananthapuram. Ajithkumar who was the Sub Inspector of Fort Police station was promoted as DySP and E K Sabu the then Circle Inspector of the same station retired as Superintendent of Vigilance and Anti Corruption Bureau in 2017. T K Haridas, who was the then Assistant Commissioner of Fort Police Sub division, was promoted to the rank of Superindent and retired in 2013.

According to a report released by Human Rights Watch in 2015, at least 590 died in police custody between 2010 and 2015. It also found that policemen involved were often let free for want of proper evidence. Udayakumar’s case will hopefully instill some fear about the repercussions of allowing policemen get away with murder.