Will They, Won’t They? 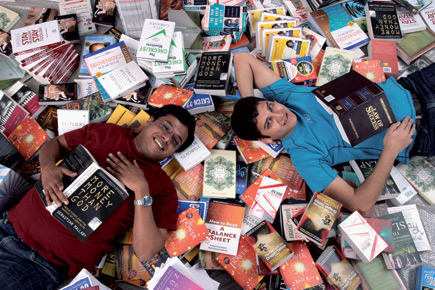 Ever since word first leaked of a possible merger between Flipkart and Myntra, pundits of all stripes have opined furiously on this corporate shaadi; but the answer to a basic question is still frustratingly elusive.

Will they merge, or won’t they?

And can Flipkart become India’s own Alibaba some day? Online market watchers want to know. Barring a WSJ interview last week with Subrata Mitra of Accel Partners, a major shareholder in both Flipkart and Myntra, there has been no official news on the merger; and Mitra’s words have only compounded the confusion. “We are not sure the deal is going to happen,” he reportedly told WSJ.

The world is watching this deal; and for good reason too. According to DIPP data, e-commerce in India has grown at an annual rate of over 30 per cent for the last three years. The online market is projected to touch $24 billion by 2015, a year that Ernst & Young expects the country to have 38 million e-buyers, up from 11 million in 2011.

Last June saw the entry of America’s web behemoth Amazon; positioning itself as a market-maker, it has brought over 4,000 sellers under its banner already. Industry analysts expect domestic sales under Amazon to cross the $1-billion mark by 2016. Flipkart, by comparison, took seven years to achieve that figure.

Flipkart is tiny in comparison with China’s Alibaba, which has a customer base of 231 million, topline sales of $248 billion, and is set for an IPO in the US. Its success is not lost on Flipkart.

Perhaps sensing Flipkart’s urge for size, Myntra is allegedly holding out for a valuation of between $350 and $400 million, and a cash infusion of $100-150 million as well; and while Flipkart can afford to shell out such large sums, how the post-honeymoon phase will pan out remains a riddle. It will not be easy to combine Myntra’s immersive website experience with Flipkart’s drift away from retailing toward market- making, say analysts. Nonetheless, Myntra remains an attractive purchase. Not only does it lead the fashion space online, it boasts of both high margins and swarms of new customers; last December, Myntra’s website clocked in 24 million unique visits, way more than Flipkart’s 13.2 million.

Could regulatory strictures thwart the merger? Apart from the alleged FEMA violations that Flipkart and Myntra are being investigated for, there is also the Competition Commission of India (CCI) to watch out for. Brick-and- mortar merchants in Bangalore have already complained to the CCI that online retailers undercut their businesses and threaten their ‘right to survive and grow’. Merged, Flipkart and Myntra may be even mightier than they fear.