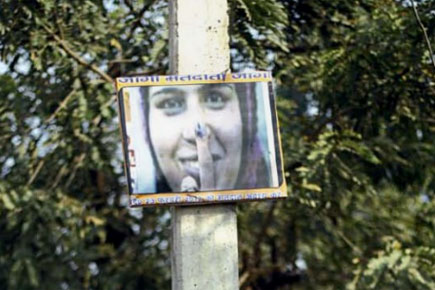 
Humans behave in a herd-like fashion. In a 2005 study, Alan Gerber of Yale University got voters in Michigan, US, to increase their turnout by what was thought at the time to be an amazing 8.6 per cent. This was achieved through the device of a peer-pressure mailer that listed the previous voting records of their neighbours and noted that a follow-up would be sent indicating who voted this time. The Yale research team had clearly not been to Uttar Pradesh, India, circa 2012.

The recent UP Assembly election was not so much about vote swings as about a vote deluge. The first big result came in even before the ballots were counted. To be fair, India’s Election Commission (EC) and the media did report that polling was close to 60 per cent, and this was considered a good development expressed more in relief than in astonishment at its sheer scale. But the magnitude of this has skipped most observers. The UP poll percentage moved up from 46 per cent in 2007 to 59.5 per cent in 2012. This, on top of an increase in the number of eligible voters, added up to a whopping 75.7 million votes being cast. That’s a humungous 45 per cent jump over the last Assembly polls. Given that our analysts spend hours in TV studios dissecting 3 per cent vote swings, this is, pardon the phrase, the mother of all swingers.

A visit to Lucknow last month should have alerted observers to the voting tsunami on its way. A drive through the city yielded, at every nook and corner, hoardings and slogans that called upon voters to cast their vote. There was not a single hoarding of a political party, and yet the entire town was painted in vibrant hues—of the EC.

A jump of 24 million votes anywhere in the world is phenomenal to say the least. Show me someone who claims to have predicted this dramatic surge in voting or claims to have had a plan to tap this unprecedented rise, and I will show you a liar. The Anna camp may want to replace the word with ‘politician’, but even a politician would not pretend a boast of this magnitude.

In UP, by far the biggest state of them all, Engineer Akhilesh was honest enough to admit being pleasantly surprised by the huge majority his Samajwadi Party got. Used to 2-5 per cent vote swings, a change as big as 46 per cent in the number of votes is an extraordinary event that needs greater analysis (and greater celebration).

What prompted swathes of villages and cities to come out and vote in UP? The EC’s campaign surely helped, but does no justice to the huge voter turnout. So was it the two fresh faces? Long drawn out campaigns by the two inheritors in doubt of their inheritance? They did manage to coax an unprecedentedly high number of new voters to turn up at polling booths. Even the losing BSP got 4.6 million more votes than last time round. The BJP managed an additional 2.5 million votes. The Congress actually rode a wave that saw a 96 per cent increase in votes, its kitty swelling by 4.4 million, nearly as much as the entrenched Maya’s. The Samajwadi Party (SP) recorded a 76 per cent jump over the previous Assembly polls.

It’s all there in the numbers: at 96 per cent, Rahul Gandhi is the fastest growing brand in UP, admittedly on a narrow base. Brand Akhilesh, at 76 per cent, the second fastest. Any brand manager in the corporate sector would swell with pride if he were able to deliver such growth—a near doubling of sales. The BSP and BJP got themselves a decent 29 and 28 per cent increase respectively, but below the market growth of 46 per cent. While the BSP and BJP lost nearly 4 per cent vote share each, both the SP and Congress gained in vote share by over 3 per cent.

All this seems to have been missed by our political analysts, who perhaps follow their own form of what behavioural economists call ‘mental accounting’: the process whereby people code, categorise and evaluate economic outcomes. In their case, it is the seats and swings. The way election analysis was done in the 80s, as a TV channel said dismissively of its competition. And went on to do exactly the same. No high-pitch discussion about the 24 million new folks who lined up. No reading between the lines of who actually gained and lost. The entire discourse on the Assembly polls has been conducted on the basis of seats lost and won. Nothing wrong there. But reporting the number of seats won or lost is News, not analysis. There have been loud proclamations that Rahul Gandhi has not delivered and that his leadership of the Congress is questionable. Has he really failed?

Reading between the lines (and not reading what state Congress leaders may tell you), Rahul Gandhi did do an excellent marketing job, making the brand visible and even admired to an extent. But the sales distribution system on the ground did not match up. When the customer asked for a product, the competition offered a more accessible choice. Simple math: with 23.4 million votes, the SP garnered 224 seats, but with 8.8 million votes, the Congress fell woefully short of 85 seats, instead settling at just 28 seats. Simple. Yes, we all know the first-past-the-post system in parliamentary democracy. But when you know you have limited resources and bandwidth, why spread it thin over 400 seats? Assume if instead the entire Congress effort was focused on just 100 seats, a sharper and more intense effort in one-fourth the territory would have yielded better results. If these were the results of a large MNC that sells fast moving consumer goods, the company would retain the brand manager and replace or strengthen the sales team.

That, of course, is for Congress managers to ponder. Our political analysts in TV studios missed all that. A classic case of ‘framing’ in social theory—a collection of anecdotes and stereotypes that individuals rely on to understand and respond to events.

Behavioural Finance may mean different things to different people. The most objective and academic definitions come from economists. Some unexpected ones may come from politicians, even if they happen to be economists in their past life. Unlike soldiers, economists do not fade away, they keep coming back as politicians. It is not just Dr Manmohan Singh. These days, they are all over the place. From the good professor in Rome to the Governor in Athens, whenever a country faces a financial crisis, economists are brought in to take decisions politicians are unlikely to take. Why do politicians not rise to the occasion? Or why do they behave differently when it comes to economic decisions as distinct from political ones?

Political leaders too, like consumers, are afflicted by ‘loss aversion’. Government policies are thus structured in a way that reflects a status quo bias. The prime objective of government action thus becomes inflation containment—after inadvertently letting it rip—and not growth. The fear of inflation overrides government policies, irrespective of political affiliations: all political parties, if in government, tend to play safe rather than gamble. Dr Singh tried to get adventurous early in his present tenure, but before long the fear of inflation and the attendant political risks led to a clampdown.

Not that risks are a no-no territory. Back to the wall, the same Dr Singh, meek, quiet and other obscenities that LK Advani prefers to hurl at him, was once cast in the image of Dr Reformer, given to daring Delhi’s status quoists in 1991. With breathtaking boldness, he dismantled the Licence Raj. He gave India’s sundry gold smugglers hell, reducing and scrapping duties. Realising that India’s isolation had gone on too long, he opened up the economy, and would have possibly preferred going the same way even as Prime Minister. But instead, he seems to have opted for ‘loss aversion’, resisting a brave venture into FDI in multibrand retail or disinvestment in State-owned enterprises. What was good for the economist has not been good enough for the politician.

Check out what happens when the reverse occurs: when a politician becomes an economist or finance minister. Rajiv Gandhi encouraged and claimed credit for the first phase of economic reforms ushered in by VP Singh. But a few scam allegations and political battles later, the PM as FM was colourless and risk averse.

Given that most meaningful reforms and initiatives have seen the light of day only under governments that had little to lose, and as a result did not suffer from risk aversion and status quo bias, it would seem that the only way forward for the Indian economy is for us to vote in governments that are inherently unstable.

In adopting a view such as this, however, we may be betraying the Gambler’s Fallacy, a belief that if deviations from expected behaviour are observed in repeated independent trials of some random process, then future deviations in the opposite direction are more likely. If stable governments have lacked the courage to take tough measures, then perhaps shaky governments would tread the path that only the weak have displayed thus far.