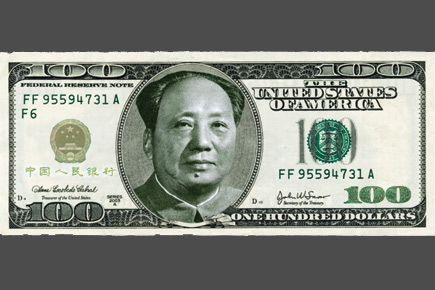 
The last decade was a decade of two halves, as footballer-turned-talk-show-host David Beckham would say. While the global economy was somewhat leaden footed in the first half, not managing to shrug off the nightmares of the financial meltdown circa 2008, the second has been a sprightly affair, most economists concur. The big story was the rise of China and India, a story that began roughly two decades ago but acquired its real sheen only these past five years.

In 2018, China overtook the US as the world’s biggest economy, and India has since set itself the task of being its main challenger. China’s emergence in the lead was aided by the economic retreat of the debt-laden and war-strained US (truth was merely the first casualty), followed by chaos within the ever-expanding borders of the EU (Uzbekistan began thumping Brussels’ gates in 2017).

With the balance of power shifting to the east, Wall Street too has witnessed an exodus. Citi-Morgan has moved headquarters to Shanghai’s Bund. Other banks are set to follow. With manufacturing having already fled to China, where captive workers are now being allowed four hours of horizontal sleep after a judicial shake-up in Beijing, and service industries to India, where vocational training now starts in kindergarten even in government schools, America’s attempts at protectionism under its Patriotic Jobs Liberty Bill have been the butt of comedy shows worldwide.

In fact, the Chinese automotive giant SAIC rejected US President Sarah Palin’s request for keeping alive a General Motors plant in Detroit as a token gesture. It will now be turned into an auto museum. With the exception of a few clusters in Germany, almost all car manufacturing has shifted to Asia over the decade.

On the energy front, the world oil output finally reached its ‘peak’, and prices, which had touched multiple highs during the course of the decade, are starting to ease a bit since the certainty of the peak has killed much of the speculation market. Still, demand is surging. A recent Industrial and Commercial Bank of China report predicts that by 2022, oil prices could a breach the $400 mark. Not much progress was made this past decade in alternate fuel technologies, most announcements of which turned out to be hoaxes designed to pressure oil futures down for financial market profiteering. Hybrid cars, of course, still run—mostly as ‘green’ symbols, the equivalent of flower power Beetles of the 1960s. Google, meanwhile, has won a class action suit accusing it of defining reality to suit its bottomline. Its argument was that so long as Googling ‘reality’ threw up multiple responses, it exerted no monopoly on online truth.