The Rhetoric and Reality of Real Estate 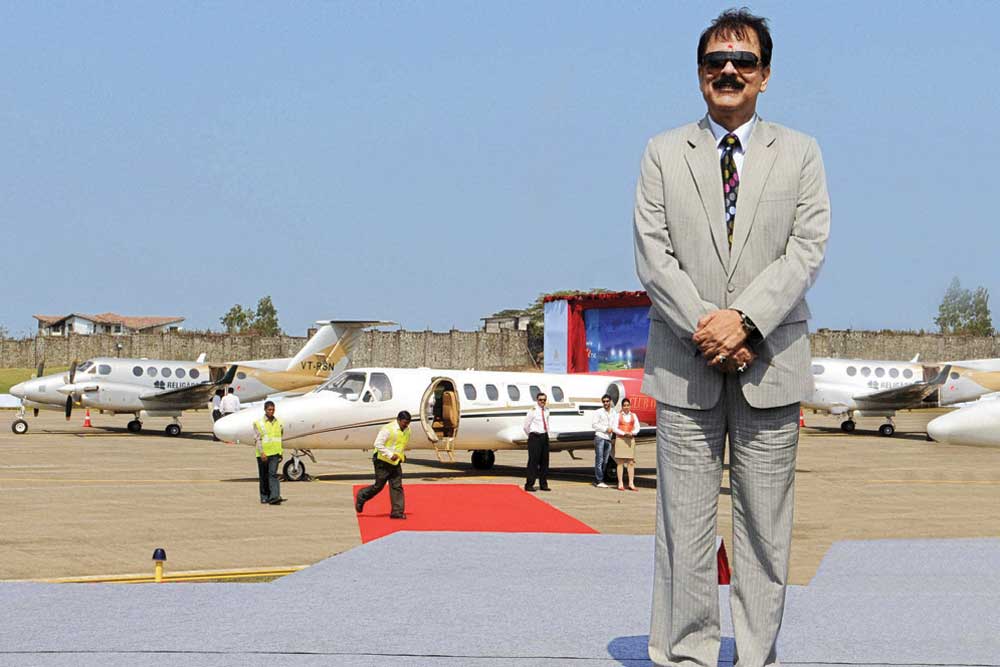 THE VALUE OF real estate, one hears, is a function of three things: loquacity, loquacity, loquacity. This seems especially applicable to Aamby Valley City, that snazzy spinner of the senses created by Subrata Roy’s Sahara Group on a hilly sliver some 700 metres above sea level halfway from Mumbai to Pune, complete with man-made lakes, musical fountains, lakefront villas, adventure parks, floodlit holes for golf balls and landing facilities for private jets, the overall worth of which has the property bazaar abuzz now that it’s finally set to go under the hammer at an auction.

Sahara claims a figure of Rs 1 lakh crore as the value of its 44-sq km project, backed in no small measure by the verbosity of its website: ‘The supreme sense of being. The quest for conquest. The pride in belonging. The realisation of the self. Some need a lifetime of soul searching to find it all. And a privileged few, get to live it first. Aamby Valley City… Where conquest knows no bounds. Where desire is a demand. Where the art of living is an everyday ritual. Where every moment is a memory that is lived, relished, rejoiced, and revived. Welcome to a world created for the love of life.’

The Supreme Court, backed in no uncertain terms by the law, has asked for a bidding process to settle the sum that Aamby Valley shall be sold for—with a reserve price set at Rs 37,392 crore—now that Roy’s conglomerate has failed to cough up sufficient cash to refund investors in bonds deemed illegal, and the Court’s ruling to that effect has wide-ranging words of reproach: ‘He, who thinks or for that matter harbours the notion that he can play with law, is under [the] wrong impression. To quote a phrase from [US] Chief Justice Marshal, ‘It is not a laboratory where children come to play.’ We are constrained to state that the respondent- contemnor in his own way has treated this Court as a laboratory and has made a maladroit effort to play, possibly thinking that he can survive on the ventilator as long as he can. He would have been well advised that a person who goes on a ventilator may not survive for long and, in any case, a time would come when he has to be [considered] comatose…’

If there’s a coma that trumpet blares of Sahara’s assets and gavel thumps over its liabilities ought to rouse a market from, it’s the one that upscale housing has been in. Home-buyer confidence in India might have got battered by a succession of builder bankruptcies and confusion over GST input credits, but conditions for a revival have been in evidence as well. Residential projects are under regulatory supervision, for one, with sellers far more accountable to buyers than ever before. The sector is ready for consolidation, for another, with the bankrupt expected to yield their holdings to the bankrolled. Moreover, Aamby Valley’s auction could lend everyone clarity on what’s really worth what in other parts of India, with sanity enforced by a market full of hardnosed evaluators for a change.

On their way in are real estate investment trusts, which operate like mutual funds and pick projects by yardsticks like rental yields to invest people’s money. Private equity players are back in action already, according to realty consultant JLL India, which reports a record Rs 16,000 crore invested in the first half of 2017. As much as 43 per cent of this has gone into Delhi-NCR alone.

Aamby Valley, of course, would need more than twice that total. What bids might it get? It’s a fabulous holiday resort, but on the two big parameters of ‘lifestyle’ and ‘location’ as a residential hotspot, it scores well on one and poorly on the other. While telecom advances were supposed to make geography history, elements of both still appear to be in control of property values: if recreational and fitness amenities are must-haves for well-paid yuppies looking for flats on rent, the time taken to reach an aerobridge to board an international flight is increasingly a make-or-break issue as well. Within Delhi-NCR, for instance, the future of Greater Noida might hinge on a proposed aerodrome in Jewar. In a 20-km radius around Delhi’s actual airport in existence, an entire belt that has seen high-rises sprout under such fancied names as Tata, Godrej, DLF, Sobha and Raheja awaits aviational accessibility in the form of an eight-lane Dwarka Expressway which has tantalised property investors there for years.

Since the bust that followed the last boom, practical points of consideration have come to assert themselves even for luxury living. No matter what one hears, there’s no escape from the three classic factors of property appreciation: location, location, location.