Should You Buy a Nano?

My first impression was that it was a proper car and not a cobbled-together rickshaw with four wheels and metal bodywork. 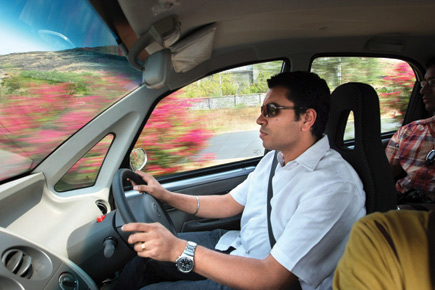 My first impression was that it was a proper car and not a cobbled-together rickshaw with four wheels and metal bodywork.


The Nano came across as a pleasant surprise to those of us who were the first to sample it last year. My first impression was that it was a proper car and not a cobbled-together rickshaw with four wheels and metal bodywork. For myriad reasons, not the least being past experience with Indicas, Sumos and Safaris, we weren’t expecting too much. But despite being smaller than a Maruti 800, it had so much space that four of us could ride comfortably in it. That was the first of many surprises of the day. It had a teeny twin-cylinder engine which sounded like an auto-rickshaw. But it was perky and scooted through the city smartly. It was decent to drive despite having the engine hanging out at the rear and driving the rear wheels. It had ridiculously good fuel efficiency. And it looked cute. It was so good (and our expectations so low) that you could accuse us of going a bit overboard in our initial reports.

The Nano hasn’t had it easy since then. There were the doubters at the start of the project. Predictions that our cities will choke to death on its fumes. Singur. The temporary plant in Pantnagar. Shifting everything including vendors to Sanand. And now the fires.

This could possibly be the biggest problem the Nano will ever face, and it couldn’t have come at a worse time. The Sanand plant has just come on stream, volumes have picked up, nobody’s paying an unofficial premium to get a Nano out of turn, and soon it will be available off the shelf. But you have to wonder how many buyers will be queuing up for a Nano even if there’s a remote— howsoever remote—chance of his pride and joy bursting into flames.

Let’s be honest, Tata Motors hasn’t handled the situation properly. They might appoint a 20-member high powered team to investigate the fires. The committee might conclude that the car is ‘absolutely safe’ with ‘no manufacturing defects’. Three months ago they even assured us that safety inspections would be carried out on customer cars and service would be provided free of cost wherever required (stopping short of an official recall). But if everything were okay, yet another Nano wouldn’t go up in flames in Delhi.

So what could possibly be wrong?

The very first cases were traced to faulty combination switches on the steering column (Tata Motors prefers to call it smoke cases though there’s rarely smoke without a fire). Some speculate that the insulation casing on the wire was so thin that it melted, causing a short circuit. It’s logical to assume another electrical problem led to these fires. An automobile is surprisingly combustible and a spark next to something very hot could lead to a fire. Or maybe, was it a faulty (or poor quality) fuel line that could drip fuel onto the hot exhaust or some other part of the engine? Or a quality slip-up at the assembly stage where the fuel line isn’t fixed properly? Or poor quality components supplied by vendors who have had to slice costs viciously?

I’ve heard some people attributing the fire to the road-side electrician who cuts up the wiring harness to install a stereo or central locking. But the same guys have been cutting up wires in Marutis for years and I don’t remember them going up in flames.

There’s also a school of thought that says that since the Nano was built under such a tight and unprecedented cost control regime, some crucial steps in the testing process were skipped, tests that could have revealed problem areas. The thing is nobody can say anything for sure; there’s a mound of speculation, but little clarity from the manufacturer.

What’s needed here is reassurance, clarity and leadership. Nobody less than the Chairman needs to stand up and assure and guarantee owners (and potential customers) that there’s nothing wrong with the Nano. And get to the bottom of these recurring fires.

There is a problem somewhere. But I want to add that I don’t think it is endemic to all Nanos. There are, after all, tens of thousands of Nanos on the road, and we’ve only heard of six cases of fire. Even if you double that number to account for unreported or hushed up cases, that’s still a very small fraction. Over the year, we’ve sampled scores of Nanos, tested them vigorously, driven them to all parts of the country, an Overdrive reader even drove one up to Leh (and came back in one piece!)—and the car has proved itself admirably. On a price-to-performance barometer, the Nano still bests every single car sold in the country.

And I still recommend it highly, provided no more problems surface down the line. It’s a shame it is often in the news for all the wrong reasons.