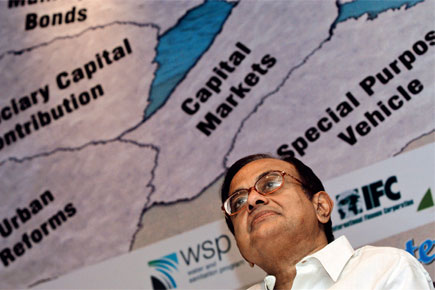 
Policy by keeping its key policy rate of interest unchanged, the RBI has sent out a clear message that monetary tools have a limited role in addressing India’s current crisis of ‘stagflation’: or “the interplay of high inflation and slow growth”—what Finance Minister P Chidambaram has said keeps him awake at night. For the RBI to lower its policy rate, inflation must decline, and for this, the central bank insists the Government must squash its fiscal deficit. Inflation, both wholesale at an annual 7.3 per cent and retail at 10 per cent, remains well above the RBI’s comfort zone of 4-4.5 per cent.

India’s central bank has been voicing its concern about the inflationary effects of the fiscal deficit for quite some time now. In a recent paper entitled Fiscal Stance: Credibility and Inflation Persistence in India, it complains that, ‘When the Government’s finances are in disarray and are projected to get worse, public confidence in the RBI’s ability to stabilise inflation gets clearly undermined.’ Apprehensions are rising, says the report, that the recent experience of high and persistent inflation might well be the ‘new normal’ for India’s economy.

“When fiscal policy remains easy,” says Dharmakirti Joshi, principal economist at Crisil, “monetary policy cannot bring inflation down.” An over-spending government pushes cash into the economy without always helping boost the output of goods and services. This is inflationary. Also, as its expenses expand far beyond its revenues, it draws ever larger sums of loan funds away, leaving lenders with less money to advance private businesses, which, while capable of investing it far more productively, find they must pay higher rates for scarcer funds. To keep rates stable and satisfy extra demand for cash overall, the RBI is forced to print more of it. If production fails to keep up, this is inflationary too.

The RBI is not confident that the Centre will adhere to its fiscal target (5.1 per cent of GDP) for 2012-13, given the weak monsoon and out-of-control fuel subsidies. This is why the RBI has exhorted the Government to “cut subsidies to bring the fiscal situation under control”, says Joshi. At least fuel subsidies for the well off (who use diesel in gensets and luxury cars) need to be done away with, says Vaibhav Agarwal of Angel Broking. Beyond that, the RBI wants the Centre to make use of an ‘investment stimulus’ to revive the economy’s growth impulses. But even this would require a return to fiscal form. For the sake of the economy, Chidambaram had better find a way to overcome his sleeplessness.